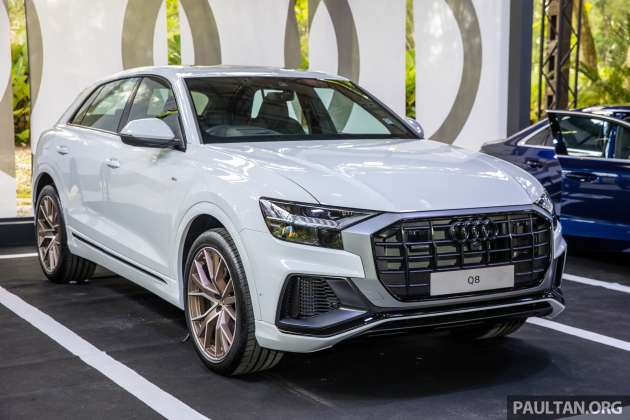 Here’s a gallery of the updated Audi Q8, which was introduced several days after PHS Automotive Malaysia (PHSAM) took over as the official distributor of Audi vehicles in Malaysia in July.

The engine also features a 48-volt mild hybrid system with a belt alternator starter (BAS) to enable long coasting phases with the engine switched off as well as smoothen engine restarts. In terms of performance, the Q8 will get from 0-100 km/h in 5.9 seconds on its way to a top speed of 250 km/h. 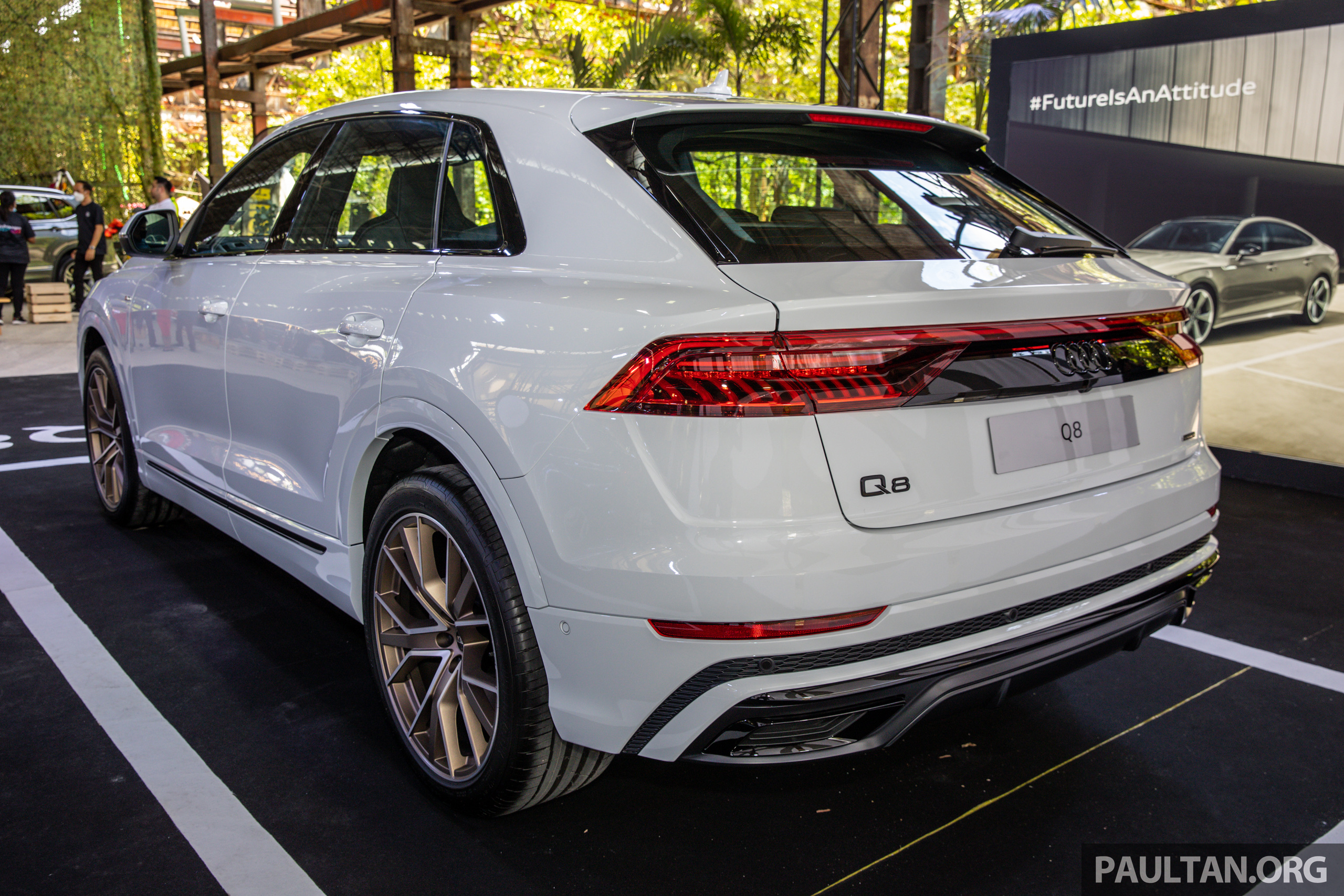 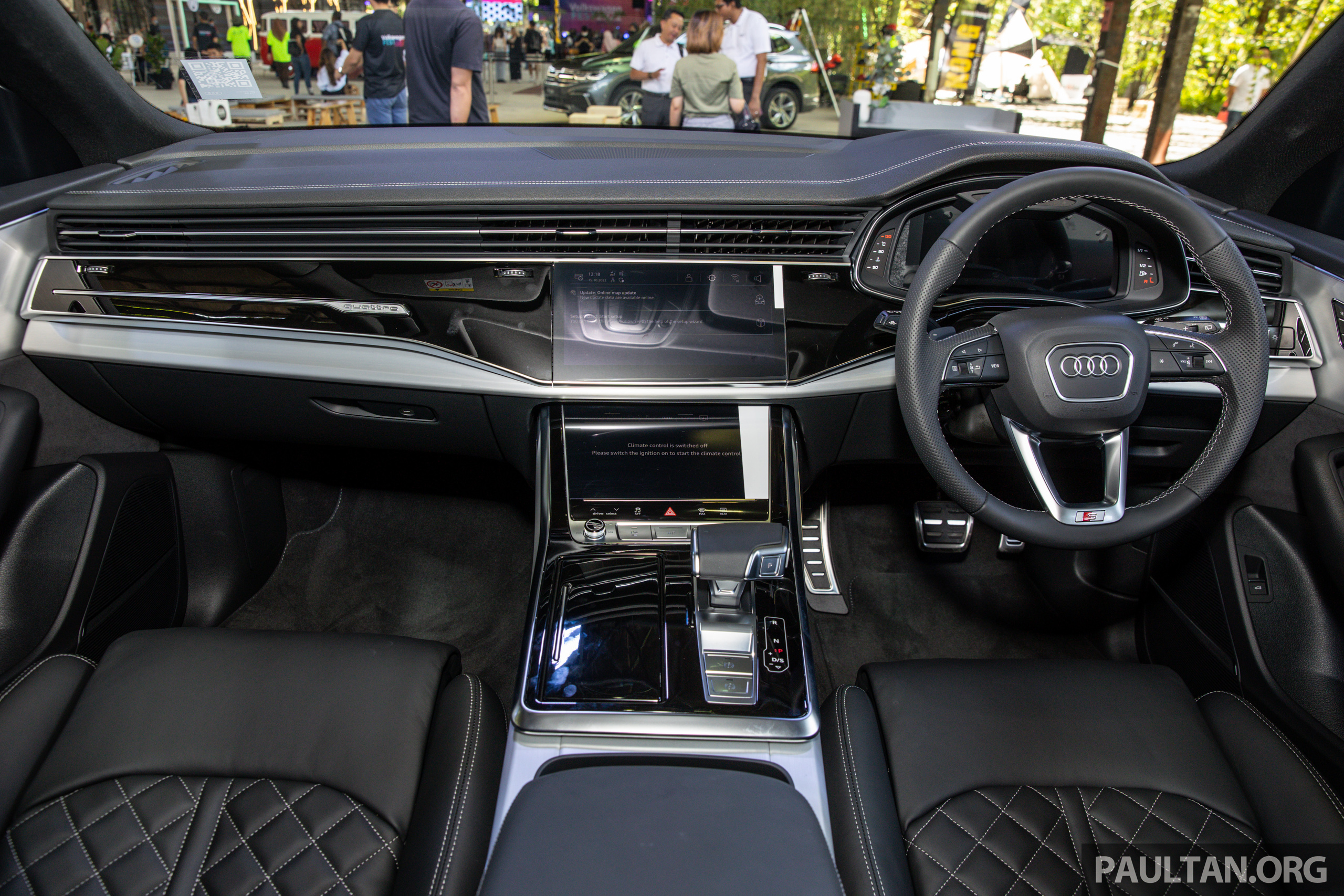 Visual changes that are introduced with the update include a set of 21-inch five-spoke W-style alloy wheels that are an inch larger than the five-spoke units that were fitted to the Q8 when it originally launched here in March 2019. The S line package continues to be standard for the SUV, but it is now accompanied by a black surround for the singleframe grille and a Black Appearance package (black window trim and additional accents) for a more dynamic look.

Meanwhile, Audi pre sense rear and adaptive cruise control have been added, and the 12-way powered sports seats plus with driver’s side memory function replaces the previous 18-way units that also came with a ventilation function.