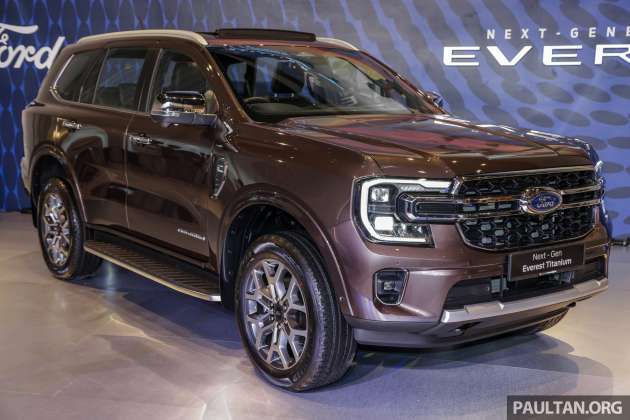 Two months after introducing the all-new 2022 Ford Ranger, Sime Darby Auto ConneXion (SDAC) has officially launched the 2022 Ford Everest in Malaysia. The third-gen SUV – which competes against the likes of the Toyota Fortuner and Isuzu MU-X in the ASEAN region – goes on sale here in three variant forms. These are the 2WD Sport, 4WD Trend and 4WD Titanium.

Styling-wise, the front end features a mix of horizontal and vertical elements, some familiar from the Ranger and Raptor. Cues include C-clamp daytime running lamps, first seen on the Maverick, and a grille styled along the lines of the standard Ranger. The latter is finished in black on the Sport, while the Trend and Titanium’s horizontal accents are dressed in chrome. 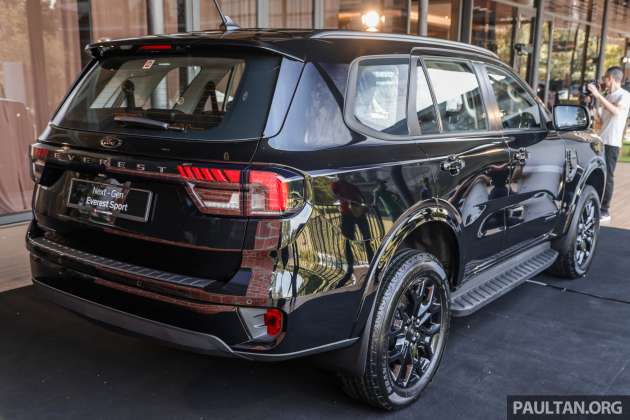 The Sport and Trend are equipped with LED headlamps with manual levelling, while the Titanium gets matrix LED projector headlights with auto high beam. The front fog lamps are LED units, while the rear features integrated full-width LED tail lamps.

Viewed from the side, strong shoulder line gives the Everest a muscular shape, and the wider track further adds to the SUV’s presence. As for wheels, the Sport and Titanium get 20-inch alloys (with 255/55 profile tyres), while the Trend comes equipped with 18-inch units (and 255/65 rubbers).

Elsewhere, new roof rails allow the Everest to support static loads of up to 350 kg and dynamic loads of up to 100 kg on the roof, allowing the SUV to carry bikes, canoes, cargo pod or a roof-top tent.

For Malaysia, the Everest gets two engine and drivetrain options, the mills being the familiar Single-Turbo and the Bi-Turbo 2.0 inline four-cylinder diesels as seen on the Ranger. The Sport variant comes with the 2.0 Single-Turbo, which offers 170 PS at 3,500 rpm and 405 Nm from 1,750 to 2,500 rpm. It’s paired with a six-speed automatic transmission.

The Trend and Titanium are equipped with the Bi-Turbo unit, which provides 210 PS at 3,750 rpm and 500 Nm from 1,750 to 2,000 rpm in the way of output. This is partnered with the automaker’s 10R80 10-speed SelectShift automatic, which on the Titanium gets a novel e-Shifter. Both variants also come with a two-speed electronic shift-on-the-fly transfer case, also known as a part-time 4WD system, with an e-locking rear differential.

In terms of drive modes, the Sport offers four – Normal, Eco, Tow/Haul and Siippery, while the 4WD variants add on two more, these being Mud/Ruts and Sand. As before, the Everest’s technical ability remains high. It continues to have a water wading ability up to 800 mm, and a maximum braked trailer towing capability of up to 3,500 kg. 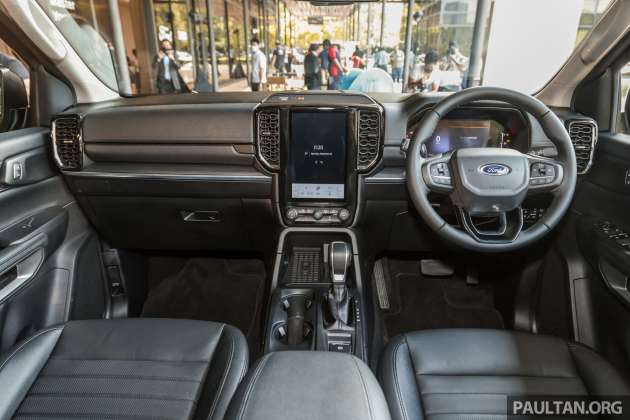 Inside, the cabin has been given a complete rework, with Ford saying that plenty of thought has been put into the function and feel of the interior, with inspiration taken from modern homes and by introducing improved materials and premium finishes as well as ambient lighting to the cabin. Attention has also been paid to making the interior quieter, making it easier for front row occupants to talk to passengers in the second and third row.

A SYNC 4A system handles all matters related to communications, entertainment and information, with a large portrait-oriented touchscreen (10.1-inches on the Sport and Trend, and a 12-inch unit on the Titanium) handling presentation duties, with wireless Apple CarPlay and Android Auto support and an eight-speaker audio system also in the mix. 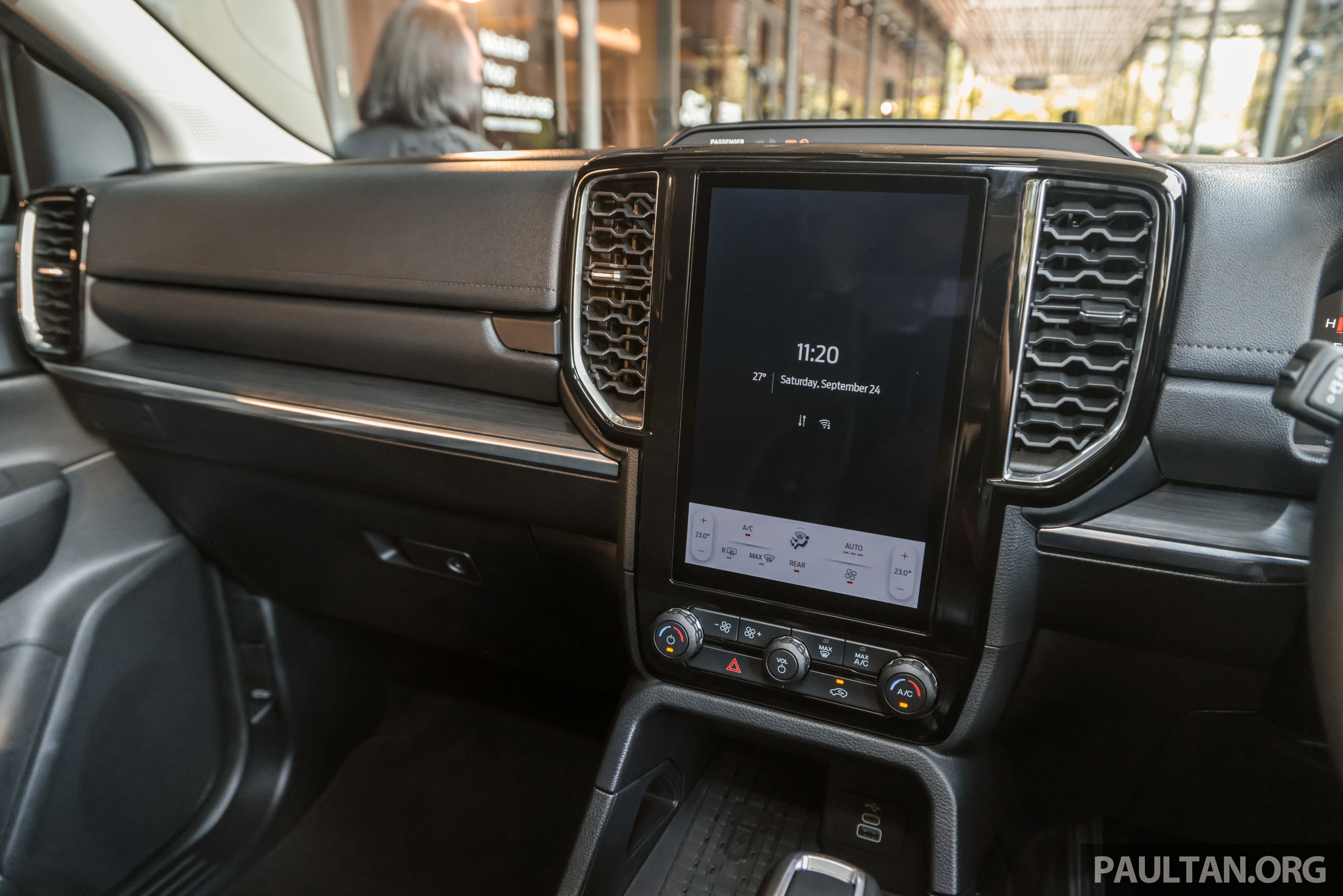 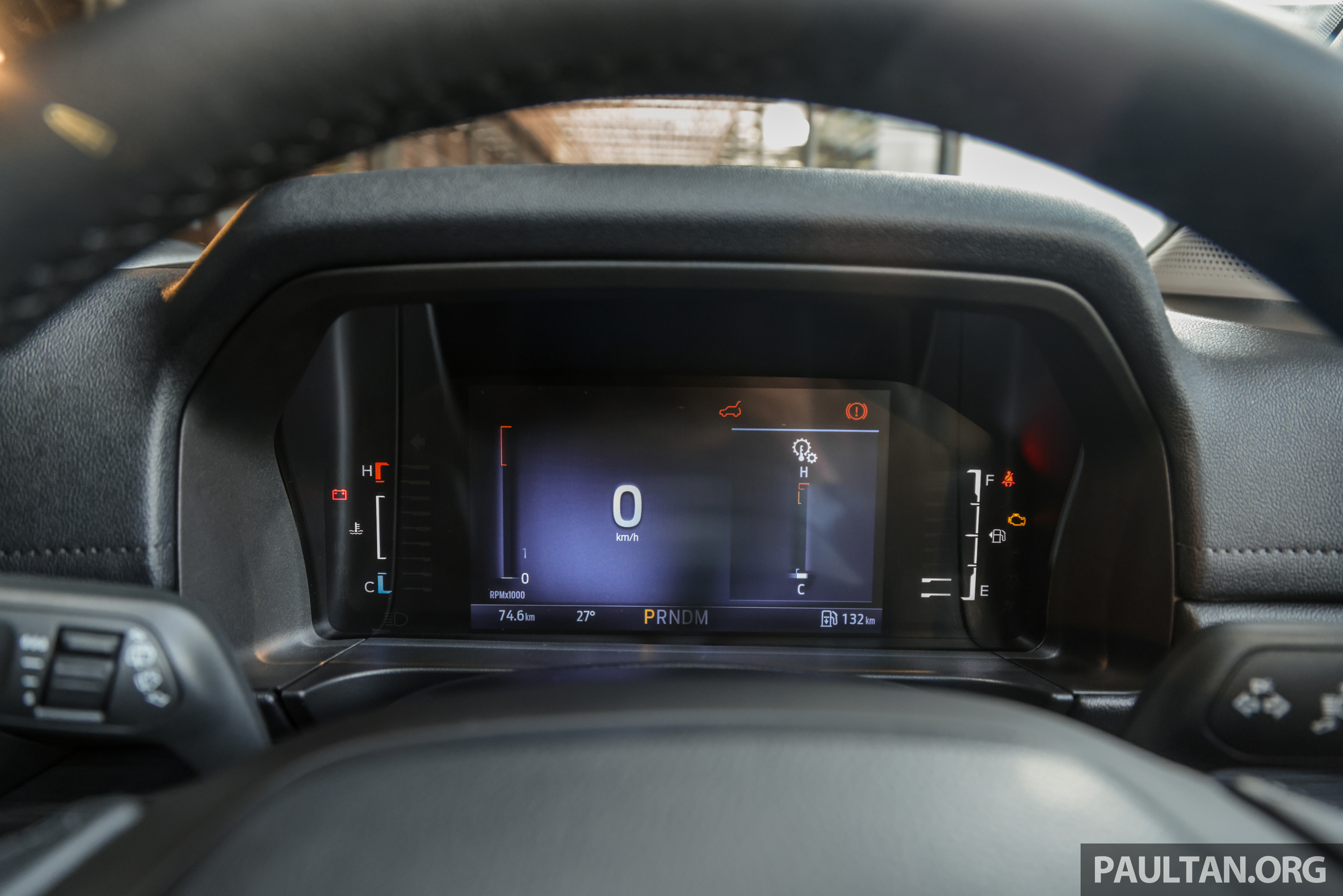 As for space, there’s now more elbow, leg and shoulder room in the front and back. and access to the third-row 50:50 split seats are now easier thanks to 60:40 second-row units that slide further forward than before. Both rear rows have also been designed to fold flat to offer improved cargo carrying ability, with those on the Titanium being powered. There is more storage area for occupants, and power outlets in all three rows allow device charging for all on board. 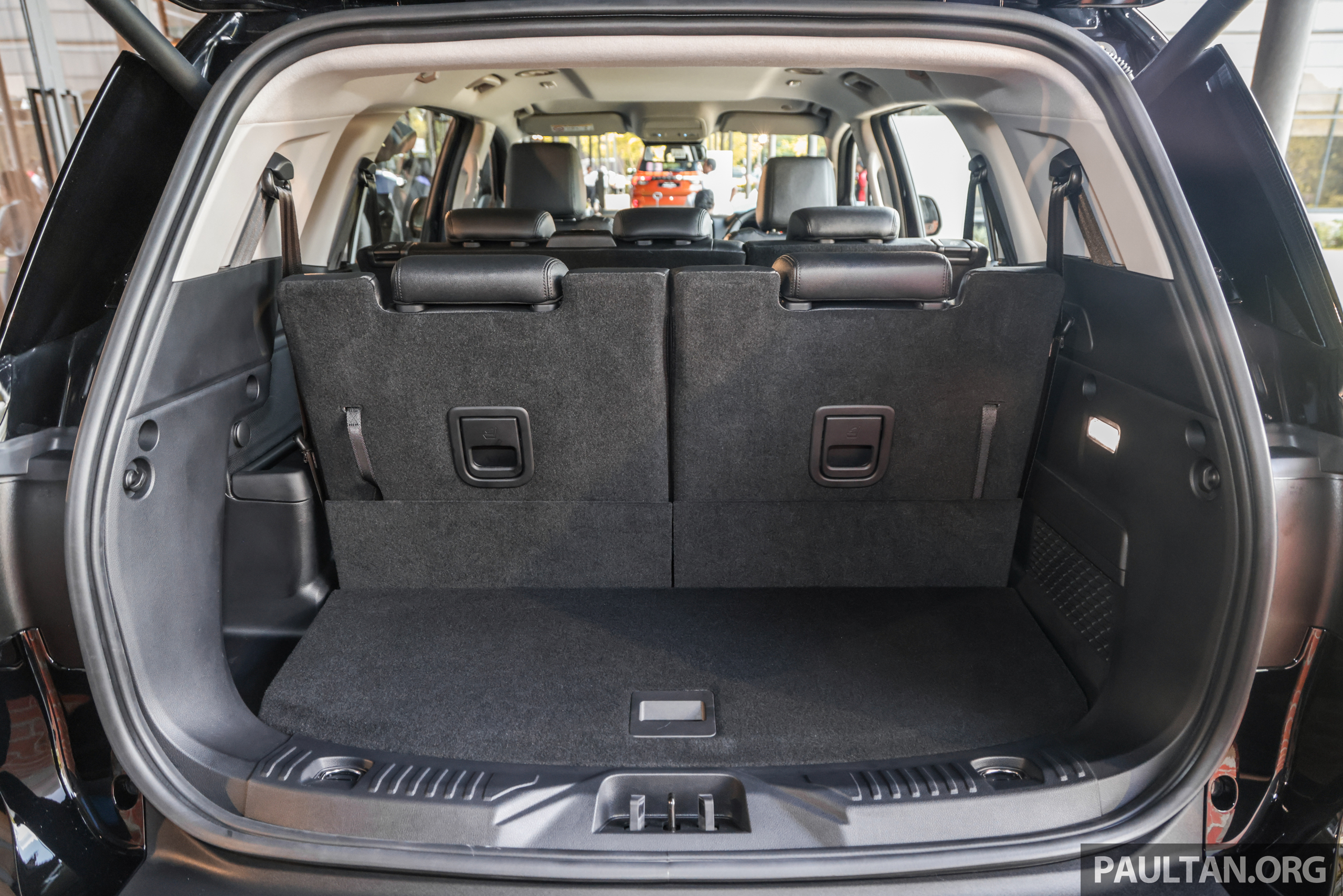 Seven colours are available for the Everest, and these are Absolute Black, Aluminium Metallic, Arctic White, Equinox Bronze, Meteor Grey, Sedona Orange and Lightning Blue, the last only for the Sport.

The 2022 Ford Everest is priced as follows (all on-the-road, without insurance):