2022 Honda ADV 160 vs Honda ADV 150 – what are the differences between Honda adventure scooters? 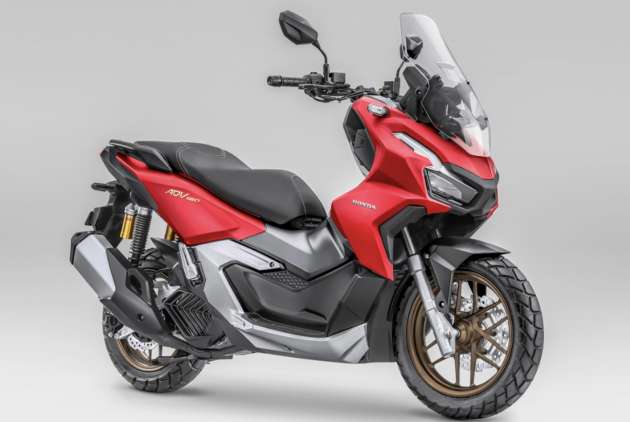 Having been recently launched in the Indonesia market, the 2022 Honda ADV 160 is an evolution of the original Honda ADV 150. This particular scooter, with “adventure” styling, has proven popular with riders not just in Indonesia, but also in Malaysia, where the ADV 150 has a retail price of RM11,999.

But aside from the upgrade in engine capacity to 156.9 cc from the current 149.3 cc, what else is different about the new ADV 160? Upon close examination, the body panels for the ADV 160 differ markedly from the ADV 150, despite retaining much the same silhouette.

Almost all the body panels are new, starting from the headlight cowl to the side covers, under cover, exhaust guard, windshield and front mud guard. However, from our rough appraisal of the ADV 160, the headlight assembly itself appears to be the same, as do the 14-inch front and 13-inch rear wheels, and the seat unit. 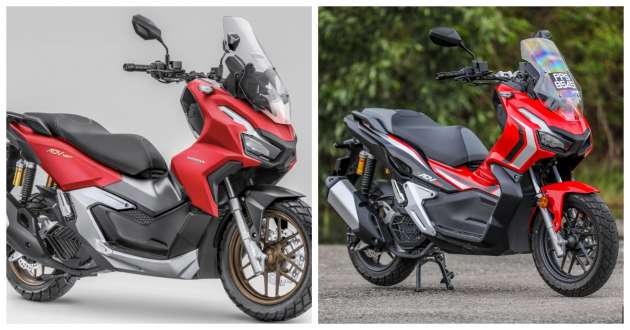 Inside the cowl, the instrument panel is now a plain unit with no buttons in the panel housing while the protective plastic surround found on the ADV 150 is gone. All the necessary information is now supplied on this screen, including the warning lights which were previously housed in a separate binnacle, with three buttons below the display providing the required user inputs. 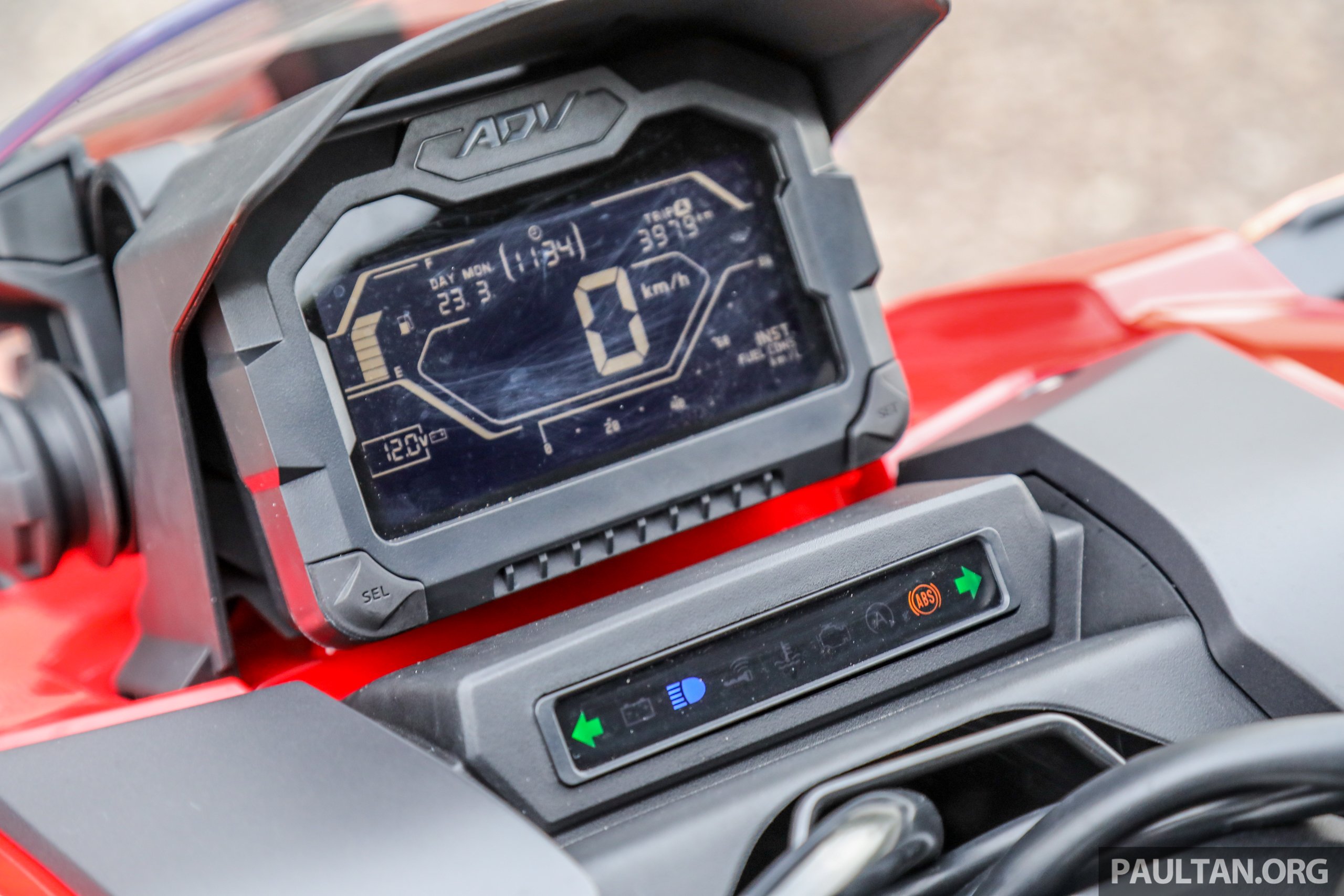 A useful upgrade over the ADV 150 is the ADV 160’s under seat storage capacity, up two litres to give a space of 30 litres. Suspension still uses telescopic forks in front and twin Showa shock absorbers in the rear, providing a similar ground clearance to the ADV 150 of 165 mm but seat height is now reduced to 780 mm from the previous 795 mm, a difference of 15 mm.

Another important upgrade to the ADV 160 comes in the form of traction control or Honda Selectable Torque Control (HSTC) in Honda parlance. For Indonesia, the ADV 160 can be purchased in one of two variants, the Combined Braking System (CBS) model at 36 million rupiah (RM10,624) or the two-channel ABS and HTSC equipped version at 39.25 million rupiah (RM11,583).