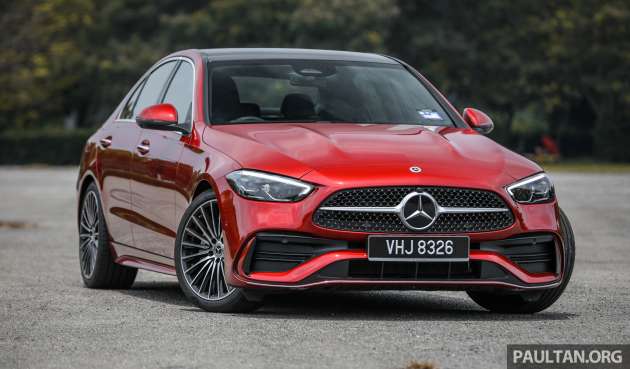 The fifth-generation W206 Mercedes-Benz C-Class was first launched in Malaysia as a fully-imported (CBU) model back in February this year. Shortly after going on sale, we reported that the executive sedan was sold out in March, and that the C-Class’ order book has since been switched to the locally-assembled (CKD) version that will be introduced in the second half of 2022.

It appears a launch could take place soon, as Mercedes-Benz dealers in Malaysia have begun posting up spec sheets with pricing for the W206 CKD, which will once again be offered in two variants just like its CBU counterpart. 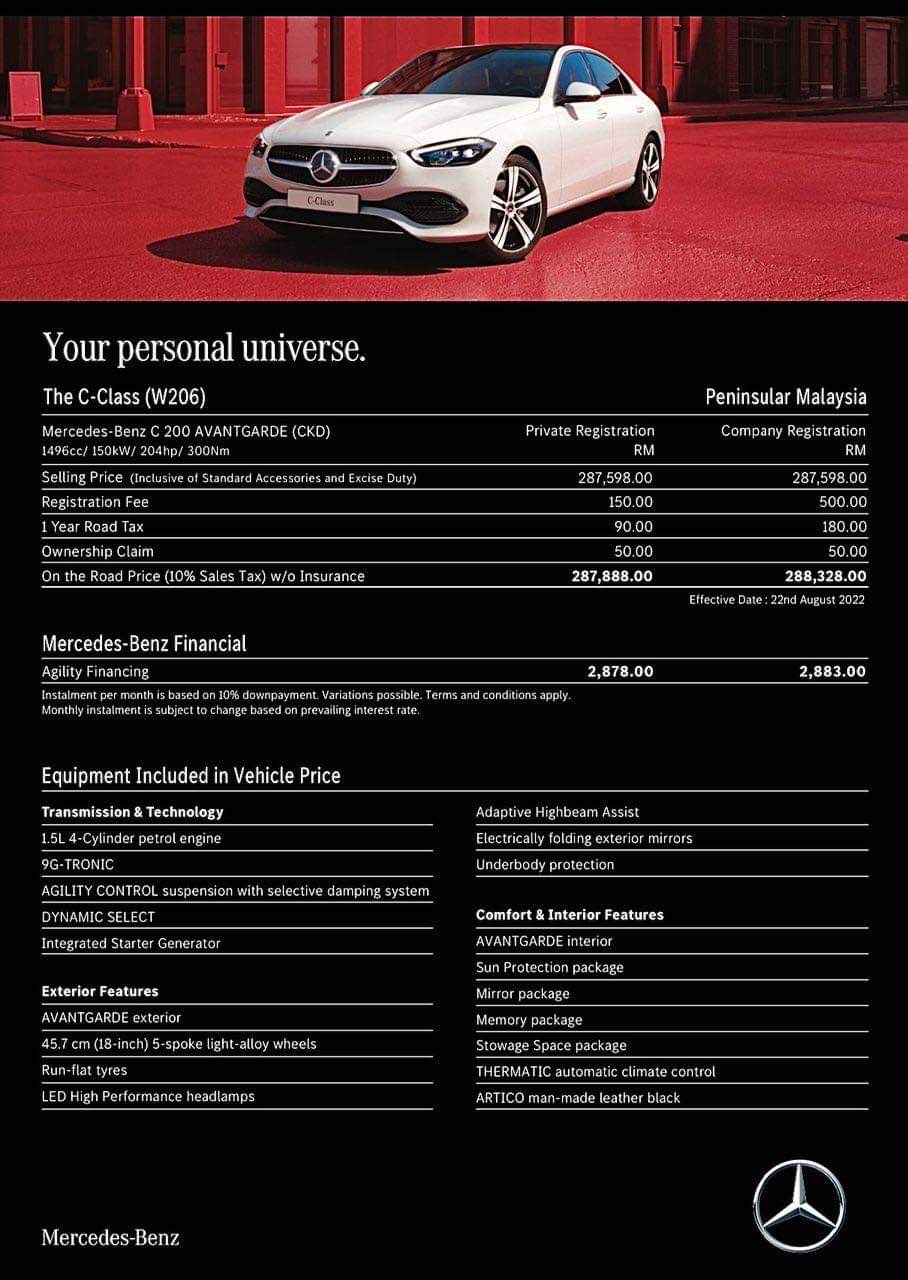 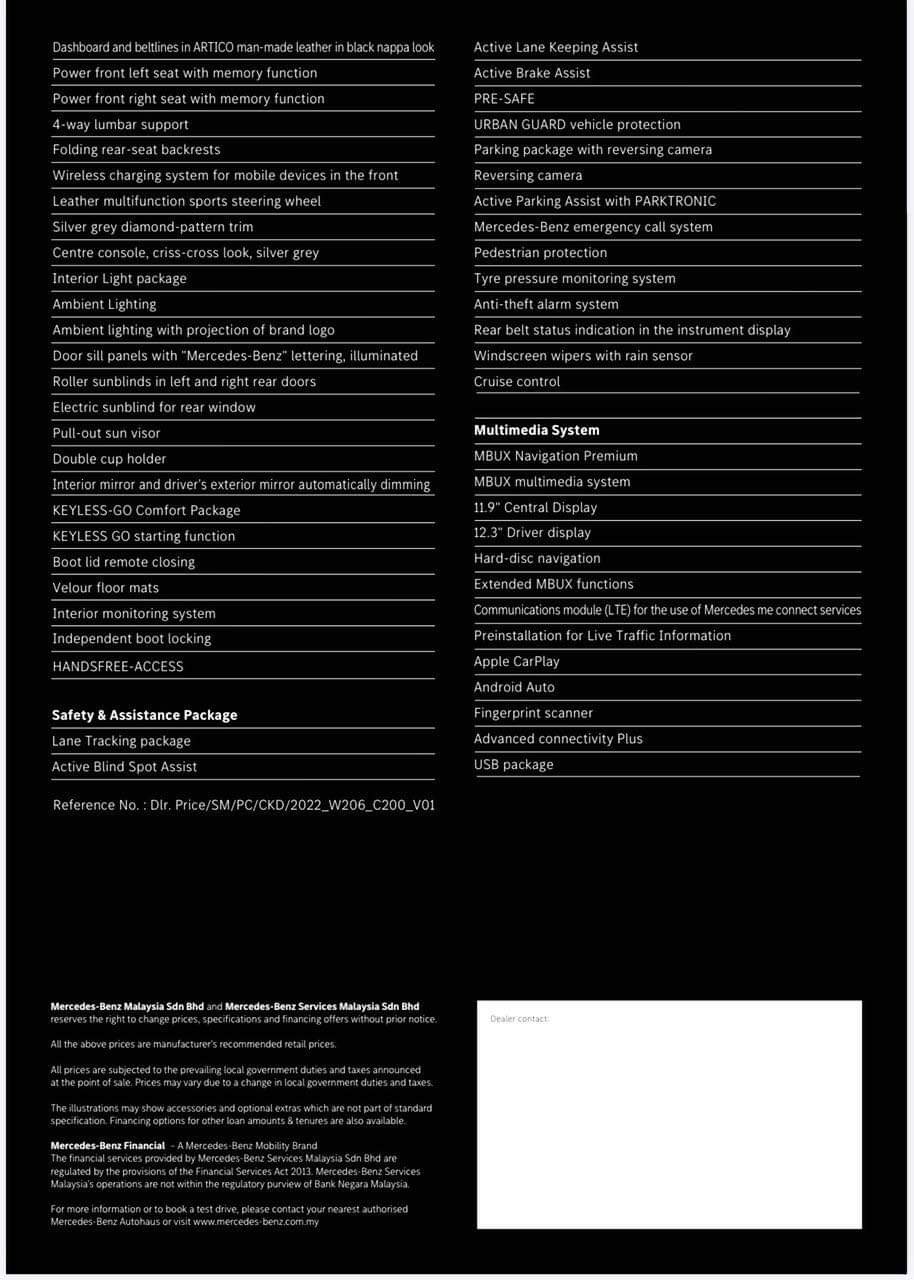 In terms of equipment, the CKD variants are nearly identical to the CBU ones, although there are still some minor differences. The powered boot on both CKD variants now come with hands-free access, and the safety kit now includes Pre-Safe, which is the carmaker’s anticipatory occupant protection system.

The C300 in particular also gets silver grey diamond-pattern trim on the inside, which replaces the previous metal-weave trim. This is accompanied by a silver grey criss-cross pattern centre console (like in the C200) in place of the CBU’s mixed texture metal effect veneer (referred to as metal structure). 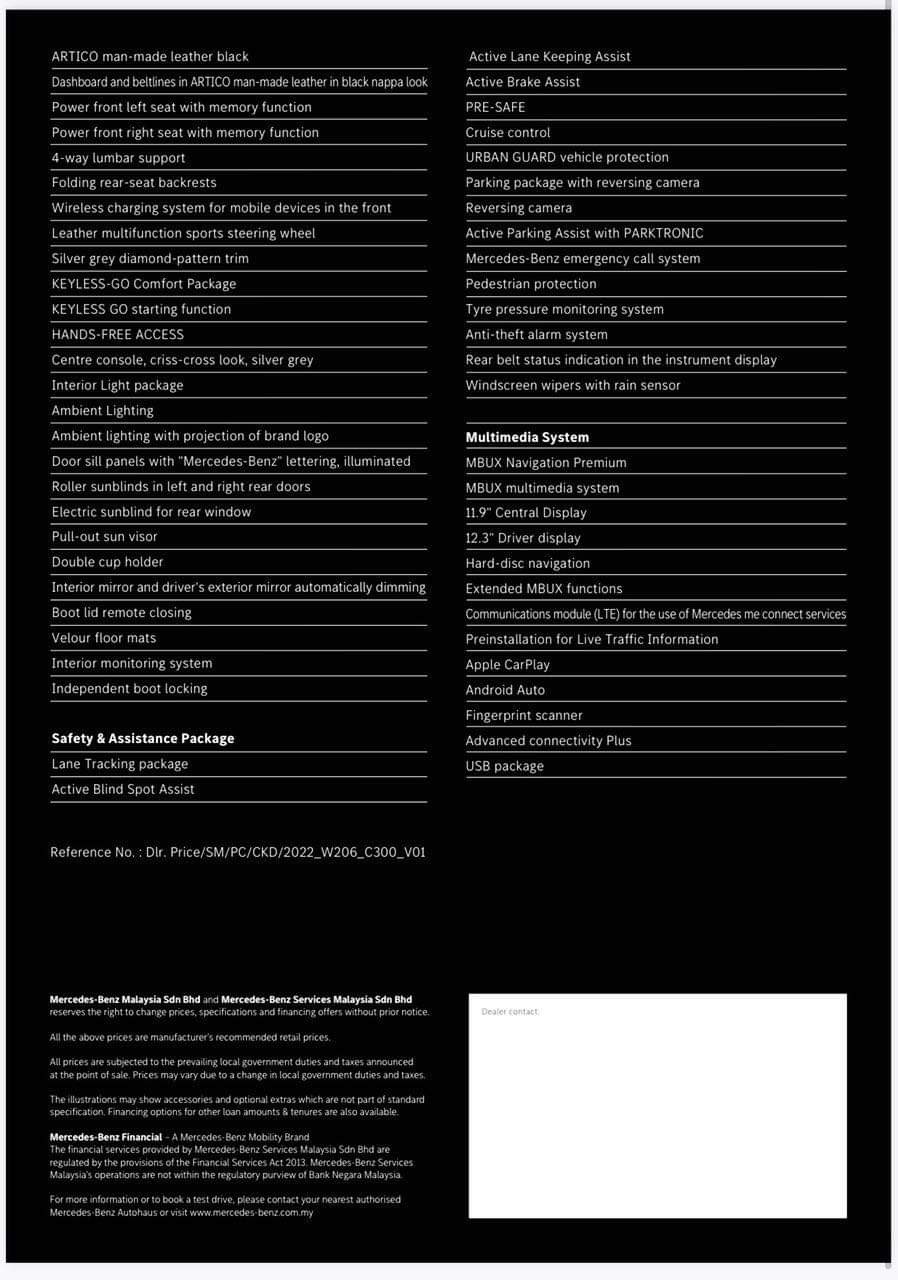 As for engines, the two available variants are powered by turbocharged four-cylinder units that feature an integrated starter generator (ISG) capable of providing a boost of 20 PS (20 hp or 15 kW) and 200 Nm.