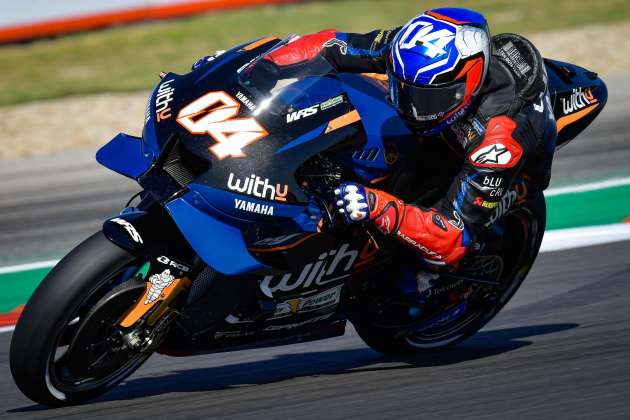 After a lacklustre season languishing at the rear of the field, Andrea Dovizioso of WithU RNF Racing has called time on his MotoGP career. The 38-year old rider from Forlimpopoli in north-eastern Italy joined Petronas Sepang Racing Team (SRT) in 2021, then WithU RNF Racing in 2022 after SRT lost its main sponsor and changed its name.

Considered one of the best MotoGP riders to not win the MotoGP World Championship, Dovizioso started racing in the MotoGP class in 2008 with Honda Racing Corporation (HRC). He left HRC in 2012 to join the Ducati Team in 2013 where he finished second in the riders’ championship three times from 2017 to 2019.

With six races left in the 2022 season, Dovizioso has only managed to score 10 points in the opening 11 rounds and will retire from MotoGP competition after after his home race at the Misano World Circuit Marco Simoncelli at the beginning of September. His place in RNF Racing will be taken by Yamaha test rider Cal Crutchlow, joining current rider Darryn Binder.

Meanwhile, RNF Racing announced it will be conducting its 2023 MotoGP campaign with Aprilia on the Aprilia RS-GP. RNF Racing’s contract with Aprilia will run for two years with an option to renew for a further two.