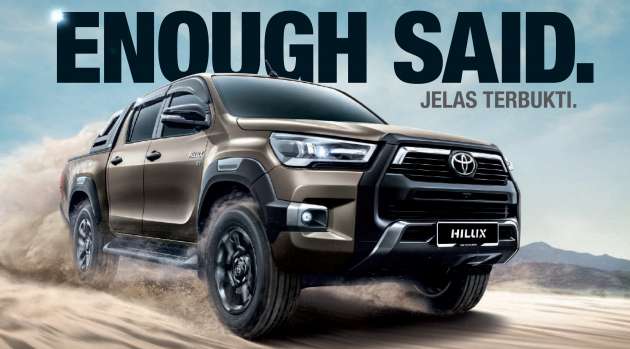 The Toyota Hilux is another model that receives some minor updates for the 2022 model year, joining the Fortuner and Innova. As with those models, there’s no change to the number of available variants and pricing remains the same as well.

All variants get part-time selectable four-wheel drive with a rear differential lock as standard, and at under RM100k is the workhorse Single Cab 2.4 MT that sells for RM95,800 on-the-road without insurance. This is followed by the dropped earlier in March this year – all MT variants come with a six-speed manual gearbox. 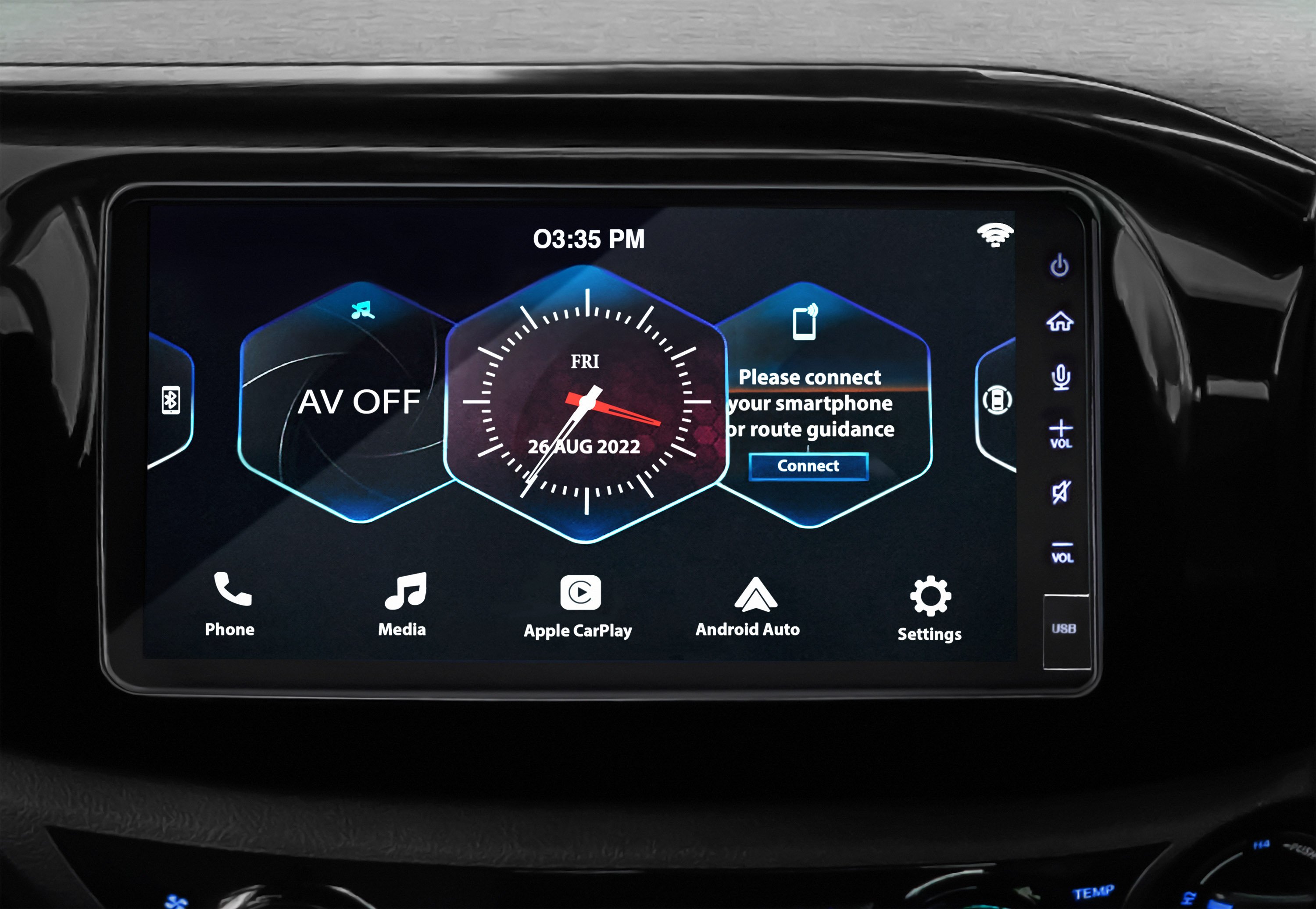 Updates for the Hilux include a new nine-inch Display Audio touchscreen head unit that supports wireless Android Auto and Apple CarPlay. This is standard with the 2.4V and Rogue variants, as is the digital video recorder (DVR) that can wireless connect to a smartphone for direct media transfer. 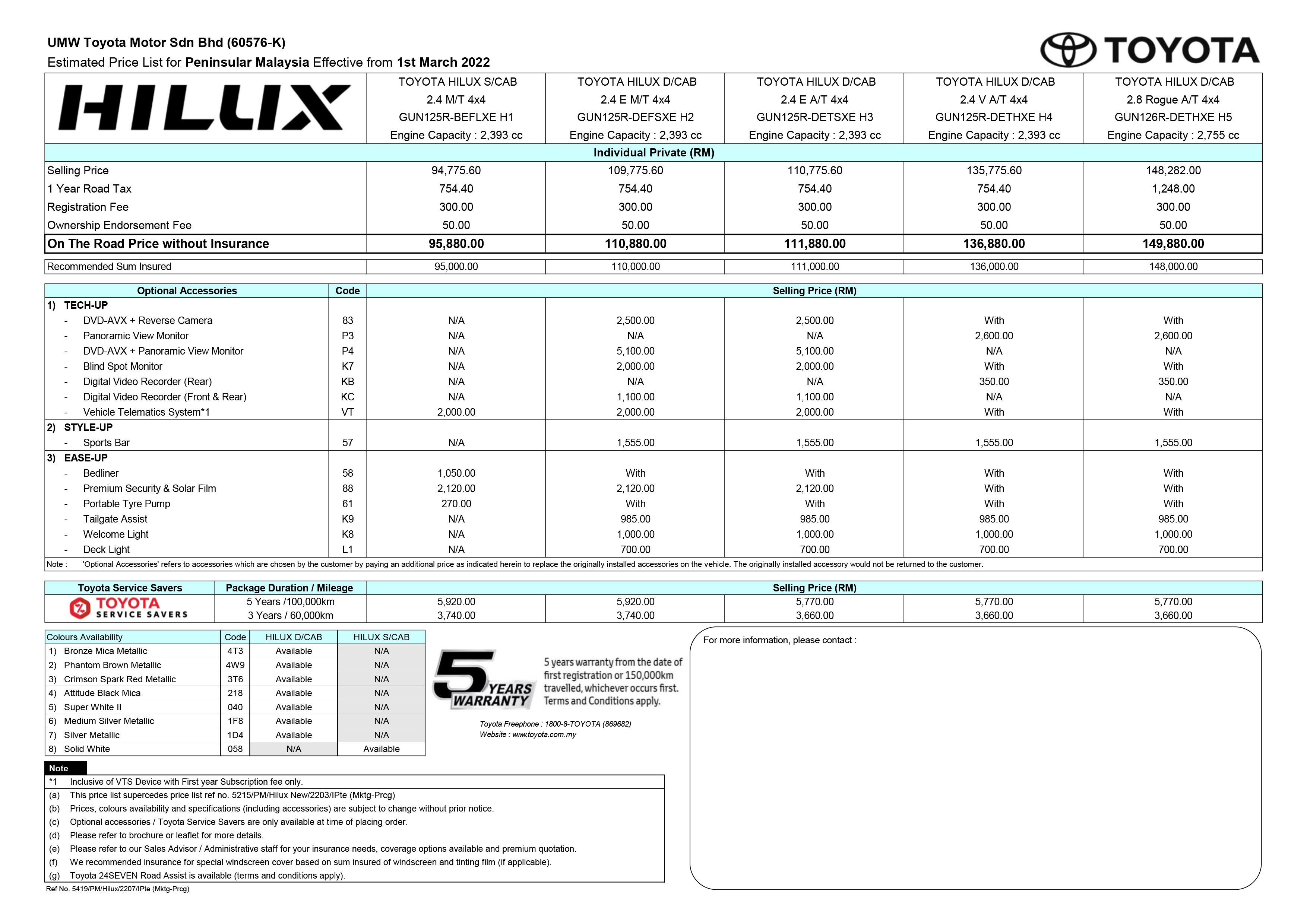 All variants except the Single Cab also get USB-C charging ports with fast charging, and the optional panoramic view monitor (PVM) that is available as an option for all double cabs comes with revised controls.

These changes mirror those made to the Fortuner and Innova, with the rest of the Hilux’s kit list remaining the same as before. In addition to the PVM mentioned above, there are other options offered for the Hilux depending on the chosen variant. We’ve included the latest spec sheet and price list so you can decide which version of the pick-up truck and add-ons suit your needs.

Every Hilux comes with a five-year/unlimited-mileage warranty and UMWT offers two Toyota Service Savers packages to help you save on aftersales costs. A five-year/100,000-km package will set you back an extra RM5,920 for MT variants, while it’s RM5,770 for AT variants. There’s also a three-year/60,000-km option that is priced at RM3,740 (MT variants) or RM3,660 (AT variants).