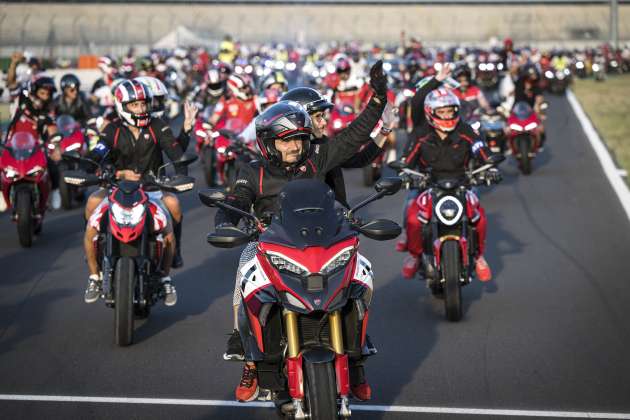 After a hiatus of four years, the 2022 World Ducati Week (WDW) held at Misano World Circuit “Marco Simoncelli”, was a celebration of all things Ducati and a gathering of Ducatisti, as Ducati fans are known, from all over the world. By the numbers, WDW saw 80,000 attendees over three very hot days from 84 countries and over 6 million impressions on social media.

Highlight of the weekend was the Lenovo Race of Champions, where 21 Ducati racers drawn from its MotoGP and World Superbike Championship teams. With the intense heat reducing the number of laps from the proposed 12 to eight, Pecco Bagnaia of the Ducati MotoGP team emerged the winner.

After the Race of Champions, the 13 Ducati Panigale V4s that saw track action were sold in a special online auction. As was expected, the now “second-hand” Panigale V4s were snapped up by well heeled fans – with 7,084 bids from 1,516 bidders – in a matter of minutes, the high bid of 120,000 euros going to Troy Bayliss’ bike.

There were attractions galore for Ducati fans at Misano, with the merchandise tent drawing huge crowds. Another attraction was the Centro Stile Ducati pavilion, were visitors were shown the design process that created the Panigale V4, along with an opportunity to speak to Ducati’s design staff. 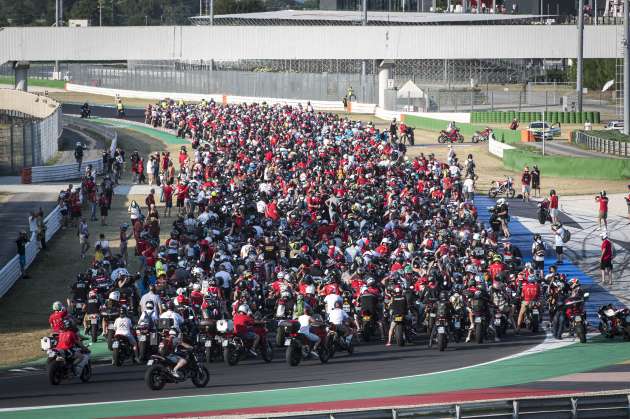 235 Ducati official clubs from across the world, including Malaysia, also come together in celebration in the International Village, the highlight being the massive on-track open air barbecue held after the end of the second day’s proceedings. Festivities continued with a DJ set by Meduza, the Italian house music trio while Ducati racers met fans at the Santamonica di Misano Municipal Stadium next to the Misano circuit.

In a special preview, Malaysian media were also shown examples of motorcycles produced for customer by Ducati Unica. In the Ducati Utica briefing, the media were informed Ducati’s custom made design service will be coming to Asia and made available to Malaysian customers.