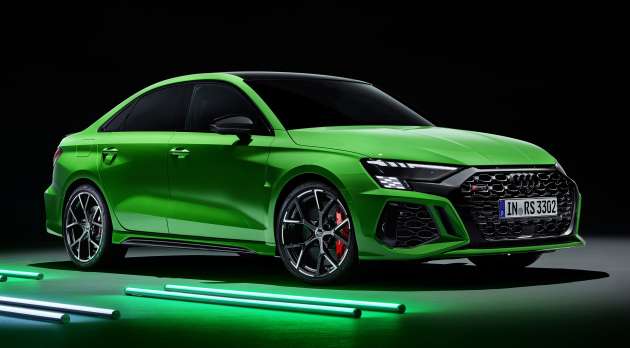 The Audi RS line-up in Malaysia currently consists of five models, namely the RS4 Avant, RS5 Sportback, RS6 Avant, RS7 Sportback and more recently, the RS Q8. These will soon be joined by the latest RS3 Sedan, which will be making its first appearance in Malaysia next week according to a Facebook post by Audi Centre Glenmarie.

Currently in its second generation, the RS3 Sedan first made its global debut last July alongside its hatchback sibling, the RS3 Sportback. Competing against the C118 Mercedes-AMG CLA45 S 4 Matic+, the RS3 Sedan packs a 2.5 litre turbocharged straight-five engine that sends drive to all four wheels via a seven-speed dual-clutch S tronic transmission and quattro all-wheel drive system. 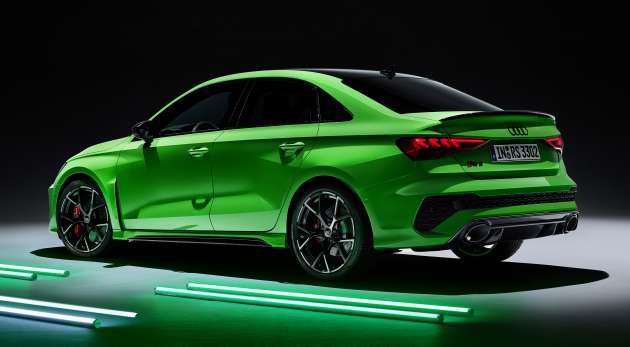 Each of the two multi-disc clutches has its own control unit, which uses the electronic stabilisation control’s wheel speed sensors to measure the wheel speeds to decide how much torque to send to each wheel. This also enables controlled drifts by applying all the engine power at the rear axle to just one of the rear wheels – up to a maximum of 1,750 newton meters of torque.

Drivers will also have access to a new RS Performance drive mode, which adjusts the powertrain to deliver optimum performance on the racetrack. If more sliding is preferred, there’s also a RS Torque Rear mode that is essentially a drift mode. These join other available options like Comfort, Auto, Dynamic, RS Individual and Efficiency.

Another new addition to the RS3 Sedan is the modular vehicle dynamics controller (mVDC). This central system captures data from all powertrain components relevant to lateral dynamics to ensure they interact more precisely and more quickly.

The RS sport suspension plus with adaptive damper control is available as an alternative to the standard passive setup, while ceramic brake discs are also offered as an option to replace the standard steel discs. As for the chassis, it’s McPherson struts at the front and a four-link setup at the rear. 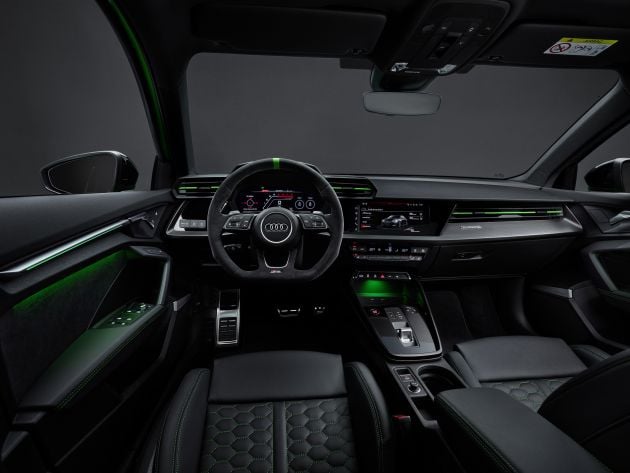 Inside, there’s the 12.3-inch Audi virtual cockpit plus as standard and 10.1-inch touchscreen infotainment system. Model-specific features for the RS model include a shift indicator, a powertrain status display and for the first time in the RS3 range, a head-up display.

We’ll have to wait until next week to find out more about the RS3 for our market, including specifications and possibly pricing. Looking forward to it?