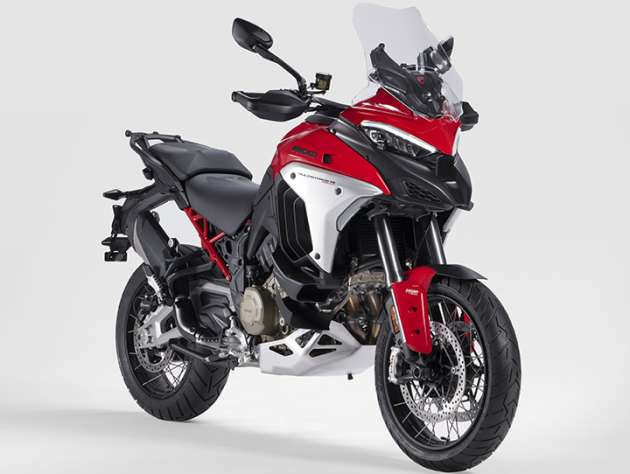 Intended for the rider with insatiable wanderlust is the 2023 Ducati Multistrada V4 Rally, designed for long-range travel. Standard equipment is a 30-litre fuel tank and the Multistrada V4 Rally will be available in Ducati dealer showrooms come February 2023 in Ducati Red or Brushed Aluminium & Matt Black, the latter with brushed raw aluminium fuel tank, with with black tubeless spoke rims for both colour options.

New for the Multistrada V4 Rally is extended deactivation of the rear cylinder bank on the 1,158 cc V4 Granturismo engine while on the move, a world’s first for production motorcycles. In addition to switching off the rear cylinders at idle with the motorcycle stationary, a function already present on the Multistrada V4, the V4 Granturismo in the Rally now keeps the rear two cylinders deactivated in other operating conditions to improve fuel consumption and emissions. 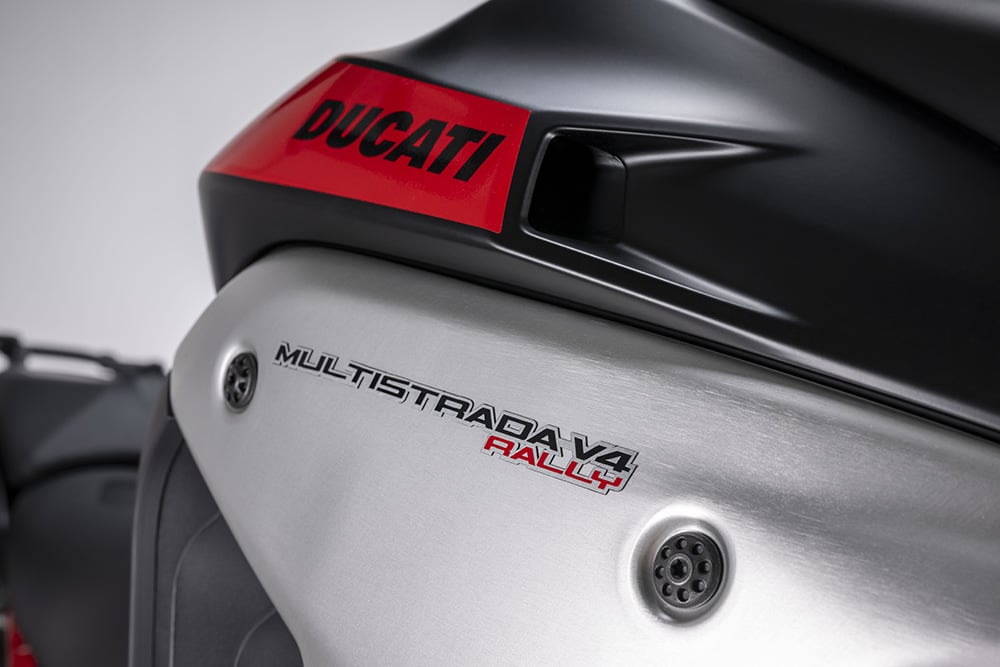 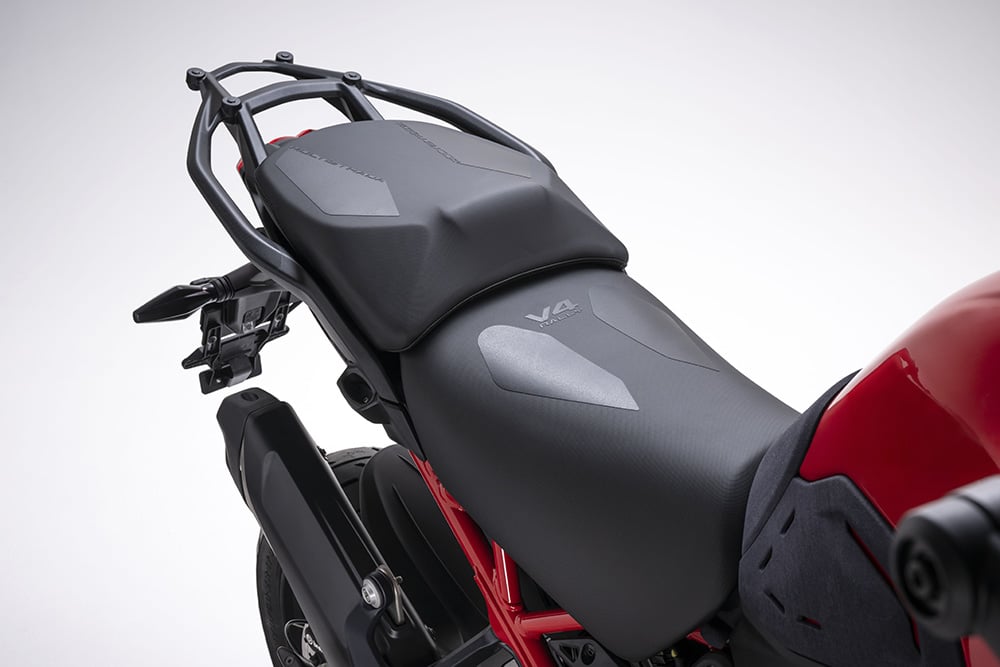 Power wise, output for the Multistrada V4 Rally stays the same at 170 hp at 10,750 rpm and 121 Nm at 8,750 rpm. For the riding aids, the Multistrada V4’s four riding modes now includes an updated Enduro mode which cuts power to 114 hp without sacrificing throttle response, enabling a dedicated new power map when activated.

Rider and passenger comfort is improved with the inclusion of semi-active suspension with travel increased to 200 mm giving higher ground clearance and a centre stand is standard equipment to ease maintenance and luggage handling while a taller windshield increases wind protection. Passenger footrests with larger rubber inserts reduce the level of vibration and the added tail length with top box attachment point pushed further back increases legroom. 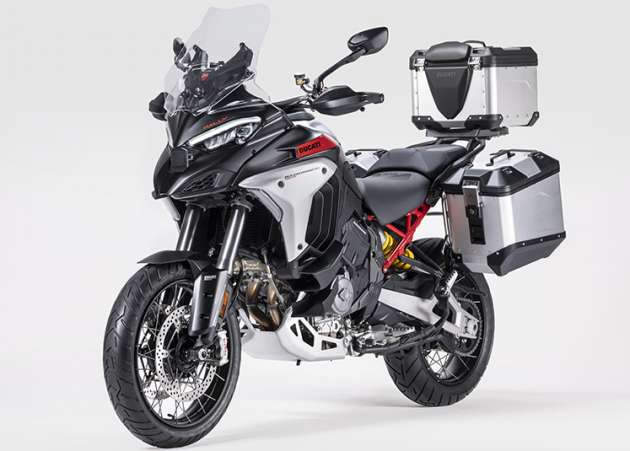 Suspension functionality also includes Minimum Preload that drops the Multistrada V4 Rally when stopping and riding at low speed, by minimising the preload of the shock absorber. Currently available only on the Multistrada V4 Rally is the Easy Lift function which reduces the effort required to lift the bike from the side stand by compressing the suspension at start up.