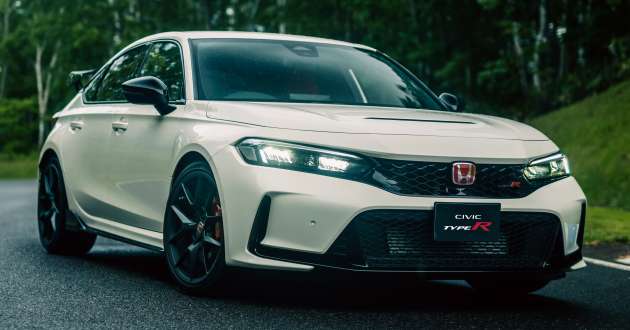 After plenty of teasing and waiting, the all-new 2023 Honda Civic Type R has finally been revealed to the world. Making its debut in the year Honda celebrates 30 years of the Type R (the first model being the 1992 NSX-R) and 50 years of the Civic, the FL5 Civic Type R is based on the 11th-generation Civic Hatchback and is the sixth entry in the Civic Type R lineage that began with the EK9 hot hatch back in 1997.

The latest Civic Hatchback has a more elegant, less aggressive look compared to its predecessor, and the same is true of the Type R version as well. It may be less boy racer, but you’ll still be able to easily spot the new hot hatch by its redesigned front bumper, which features a more exposed lower intake that is connected to vertical air inlets at the corners, both of which help to promote cooling, including for the upgraded radiator.

Elsewhere, there’s a finer honeycomb mesh for the front grille to allow more air into the engine bay, with heat being extracted out via the vented bonnet. Along the sides, the CTR gains wider fenders to accommodate the curiously smaller 19-inch wheels (the previous car had 20-inch units), although the contact patch is wider thanks to the 265/30-profile Michelin Pilot Sport 4S tyres (previously 245/30).

The front fenders in particular sport more reserved air outlets, while the rear doors have been widened to match the sportier, lower stance, accompanied by side skirts with end blades. As for the rear, there’s a new bumper with corner outlets and a rear diffuser, the latter integrating a triple-pipe exhaust that now features a large centre pipe between two smaller ones – this arrangement is inversed on the FK8 CTR.

Honda also made the effort to make the pipes look more substantial in volume, both in appearance and aurally, the latter a byproduct of enhanced sound modulation. Finishing touches being a prominent rear wing that makes up part of the aerodynamic package, and if it isn’t obvious enough, no more ketam taillights.

Available exterior colours include the iconic Championship White, along with Rallye Red, as well as Racing Blue, Crystal Black and a new Sonic Grey Pearl. Red is a staple for Type R models, and you’ll find it on the badges and engine cover.

The hue is even more evident inside the cabin, as it’s used for the semi-bucket seats that feature a honeycomb pattern on the backrest and “Type R” embroidered on the headrest. There is also red carpeting and floor mats, and the colour is used for some of the model-specific displays available for the 10.2-inch digital instrument cluster and nine-inch infotainment screen (Honda LogR data logger). 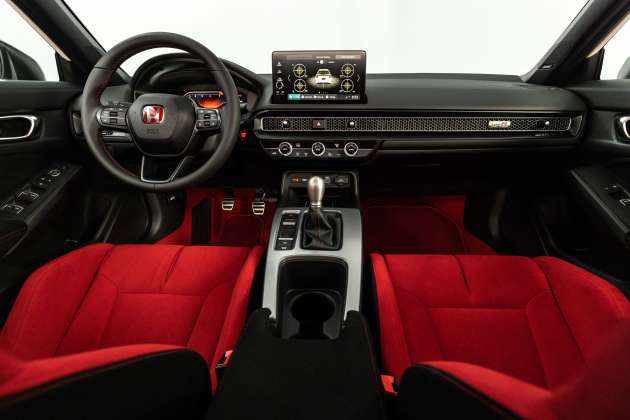 Unlike its predecessor, the new CTR has its serial number plaque positioned on the honeycomb mesh covering the air vents, as opposed to on the centre console, to remind front passengers that they aren’t sitting in a regular Civic Hatchback.

One carryover from the FK8 CTR is the shape of the gear knob for the six-speed manual transmission, which appears to be identical to the one that came with the 2020 facelift. The manual transmission driving the front wheels also gains a high-rigidity lever and optimised shift gate pattern, while the rev-match system with auto blip has been tweaked for better operation. Also unchanged is the Brembo braking system which retains the two-piece discs from the previous generation for improved feel and longevity.

Another item that is brought over to the new model is the 2.0 litre VTEC Turbo four-cylinder engine, although Honda says it has given it incremental changes like a revised turbocharger that now features a more compact housing to improve the overall unit efficiency. The turbine itself has had both its blade count and shape optimised to boost power and improve airflow as well. 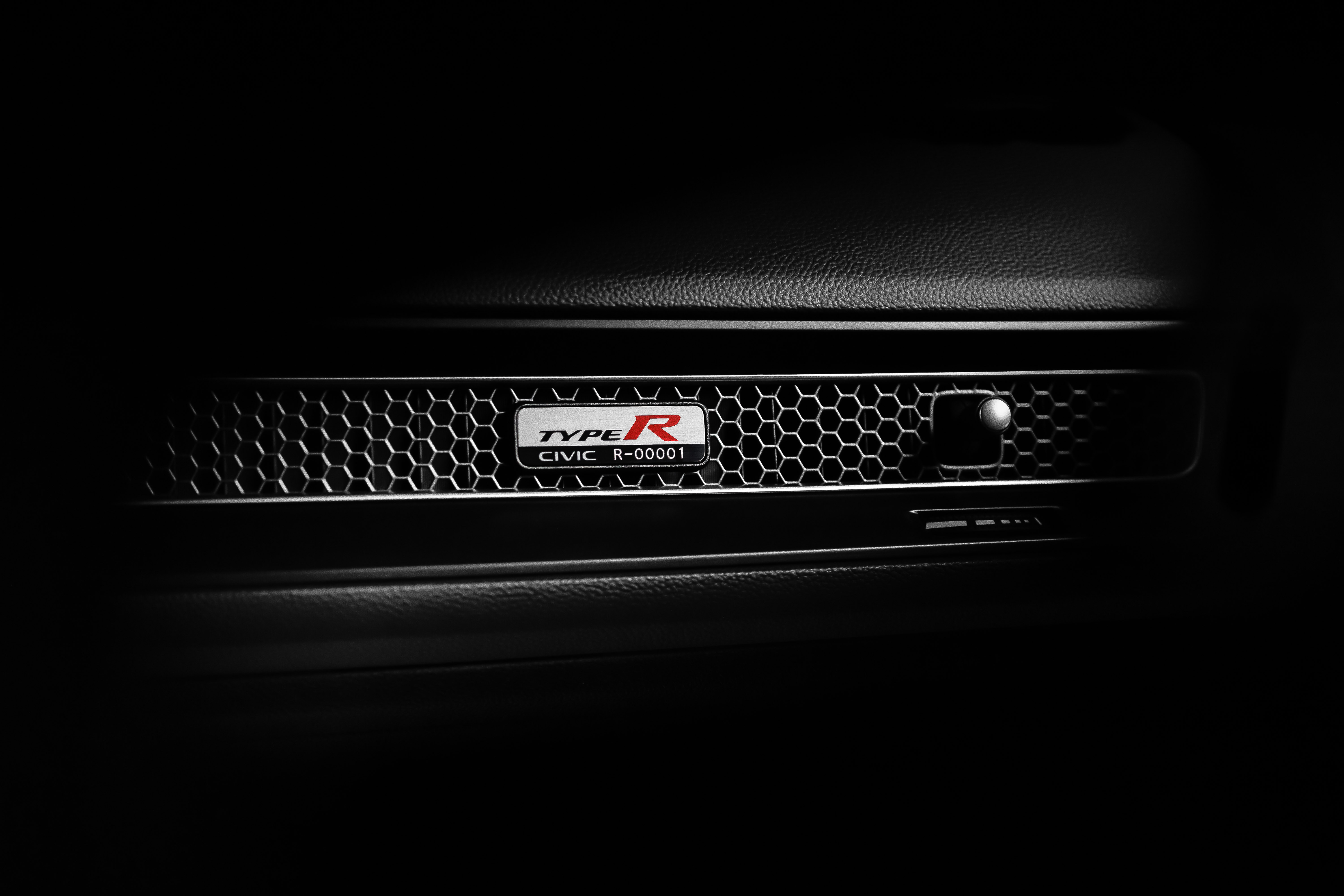 Expect higher figures to be announced in the near future, as the carmaker says it also implemented a revised, high-efficiency exhaust system that improves the power-to-weight ratio and top speed, making the new CTR one of the most powerful per litre cars in its class. The changes have already been proven on track, as the latest model has already set a new front-wheel drive track record at the Suzuka Circuit in Japan.

There you have it, the all-new Civic Type R. Sales of the model is scheduled begin in Japan in September this year, which is also when pricing and details are revealed for the United States, while first deliveries in Europe will take place from early 2023. What do you think of the looks? Do you like the more subtle styling or do you prefer the aggressive look of the outgoing model? Share your thoughts in the comments below.