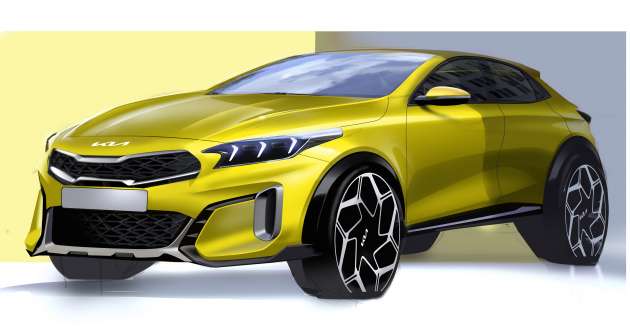 First unveiled in 2019, the Kia XCeed is due to receive its facelift this month, and the Korean brand has released a pair of sketch images showing what the revised C-segment crossover will look like.

Here, the revised XCeed is shown to feature headlamps with a trio of vertical LED DRL elements in place of the pre-facelift’s arrangement, while the front bumper wears a set of redesigned side intakes, while appearing to retain the signature ‘tiger nose’ grille and lower main intake.

The second sketch image of the upcoming XCeed facelift reveals that the update will stay close to the design of the pre-facelift, save for redesigned tail lamp units while the lower bumper section has been revised as well.

All powertrain options for the refreshed XCeed will be electrified in some form, says Kia, which means that the three-cylinder 1.0L, four-cylinder 1.4L and 2.0L engines offered in their un-electrified forms at the pre-facelift’s launch will be discontinued for the update.

As for the PHEV variant of the pre-facelift XCeed, a 1.6 litre direct-injection petrol engine is mated with a 44.5 kW (60 PS) electric motor drawing power from a 8.9 kWh battery pack, offering a combined system output of 141 PS and 265 Nm of torque, and a pure electric range of 58 km.

A possible inclusion for the electrified powertrain line-up in the XCeed facelift range could be the 1.0 litre mild-hybrid Smartstream direct-injection engine, which incorporates a ithium-ion polymer battery and a mild-hybrid starter-generator (MHSG) unit; this is offered in 100 PS and 120 PS states of tune in the 2021 Kia Stonic.

The GT-Line trim will be joining the XCeed range for the first time, says Kia, and this is expected to also pack equipment such as a wireless phone charger, in addition to GT-Line badging and a different exterior kit, as well as GT-Line specific interior trim.