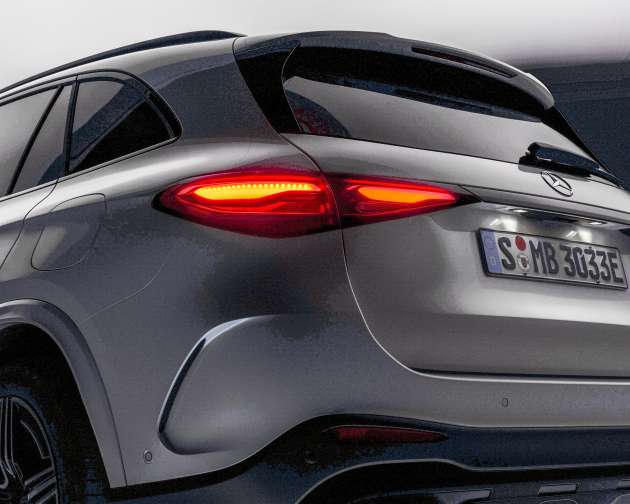 The 2023 Mercedes-Benz GLC is approaching its global debut scheduled on June 1, and the German manufacturer has released an official teaser image of its upcoming SUV showing a darkened section of its rear end, for which our paultan.org photographer has worked a bit of magic to yield the image you see here.

The forthcoming GLC in earlier released by Mercedes-Benz revealed that the new model will remain largely similar in shape to the current X253-generation model, though with detail differences to set the new vehicle apart from its predecessor.

Here, the rear-end image of the upcoming GLC reveals a tail lamp assembly similar is shape to those on the W206 C-Class, with the SUV getting its own set of graphics. Compared to the C-Class, the rear foglamps on the GLC are located lower, within the black shroud, and gains a different trim section above the rear license plate. 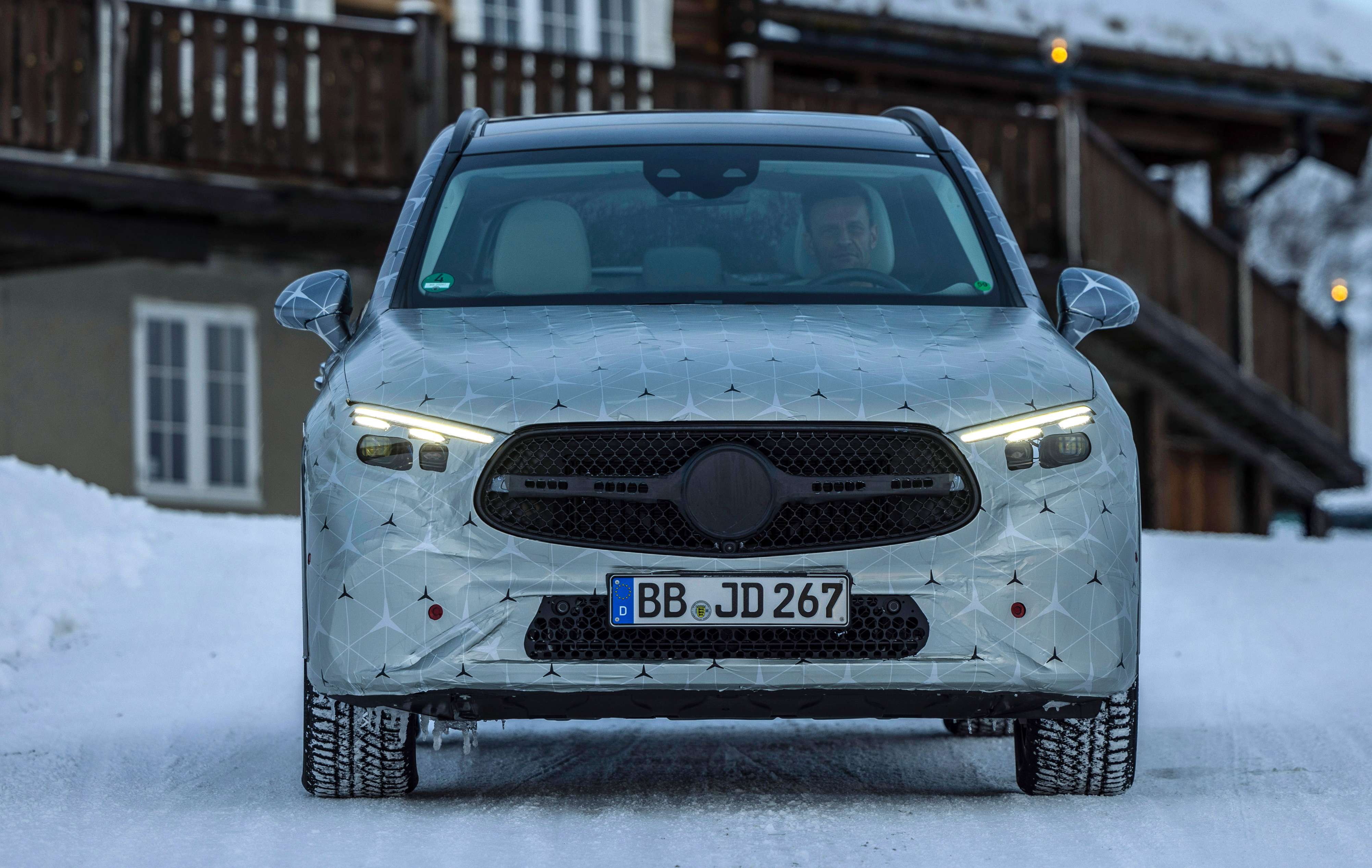 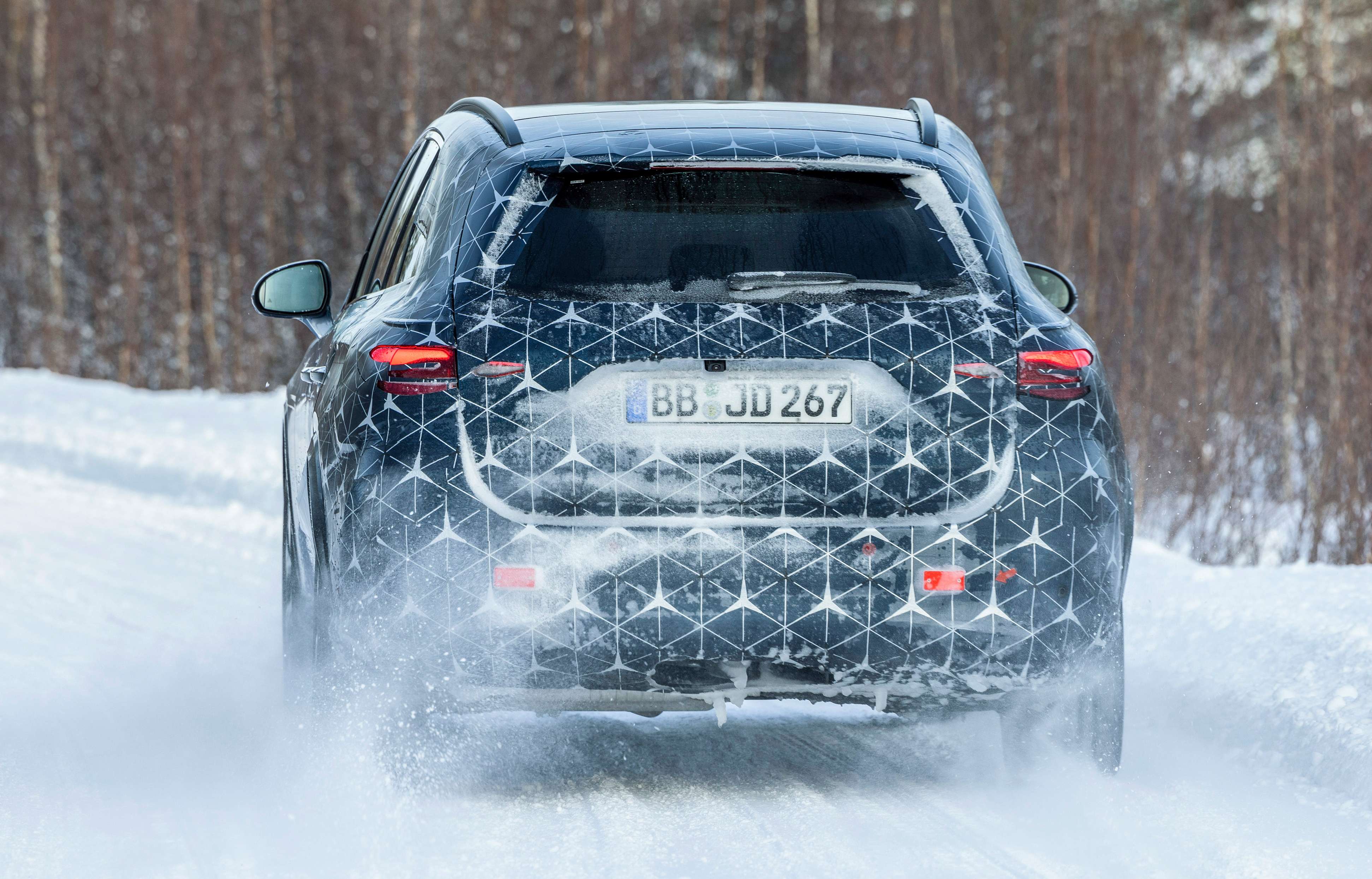 This will be electrified in some form across all versions, says Mercedes-Benz, and will feature 4Matic all-wheel-drive as standard across the board. Plug-in hybrid variants will include versions that have a fully-electric driving range of more than 100 km, which Mercedes-Benz says will allow for virtually emissions-free use on an everyday basis.

In 48-volt mild-hybrid guise, these will be mated with a 23 PS/ 250 Nm integrated starter-generator motor in the transmission. Meanwhile, there will be plug-in hybrids – two petrol and one diesel – based on the engines mentioned above, where the GLC will have an electric motor that is integrated into the traction head of the 9G-Tronic nine-speed automatic transmission,and rated with higher outputs of 136 PS and 440 Nm of torque. In terms of chassis, an optional Driving Package will give the new GLC air suspension and adjustable damping as well as for the first time, rear-wheel steering that angles the rear wheels at up to 4.5 degrees for increased agility.

Inside, the X254 GLC is set to receive the second-generation Mercedes-Benz User Experience (MBUX) infotainment system that will bring more advanced voice assistant functions, a special Off-Road menu as well as augmented reality.

Safety and driver assistance systems in the next GLC will include the latest iteration of the Mercedes-Benz Driver Assistance Package, which will include Active Distance Assist Distronic that can automatically maintain a preset distance from vehicles ahead of it on all types of roads, including highways, country or city roads.

This will be able to respond to vehicles that are stationary on the road ahead of it at speeds of up to 100 km/h, up from 60 km/h that the previous system could accommodate. This will also be joined by Active Steering Assist that helps the driver keep the vehicle in its lane at up to 210 km/h, as well as helping to form an emergency corridor especially at low speed.