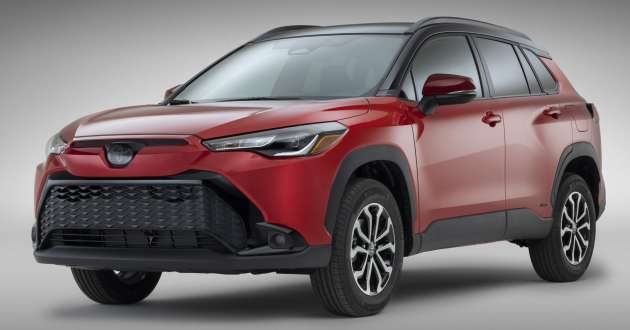 The Toyota Corolla Cross Hybrid has made its debut in the United States, nearly a year after the non-hybrid model was introduced. Like the petrol-only version, the Corolla Cross Hybrid will be assembled at the Mazda Toyota Manufacturing plant in Huntsville, Alabama, which has the capacity to roll out up to 150,000 Corolla Cross vehicles per year.

Set to go on sale for the 2023 model year, the Corolla Cross Hybrid will be available in three Sport grades (S, SE and XSE) and two regular grades (LE and XLE). All variants will come standard with an all-wheel drive hybrid powertrain that is also offered in Europe, which features an M20A-FXS 2.0 litre Dynamic Force naturally-aspirated four-cylinder petrol engine, two electric motors, a 4.08-Ah lithium-ion battery and an e-CVT.

The combined system output is 194 hp, which allows the Corolla Cross Hybrid to sprint from 0-96 km/h (0-60 mph) in just eight seconds. These figures are 25 hp more and about a second less than the non-hybrid model, respectively. Toyota claims a combined fuel consumption of 15.73 km/l (37 mpg) for the hybrid model, making if more efficient than the standard Corolla Cross with AWD that gets just 12.75 km/l (30 mpg). 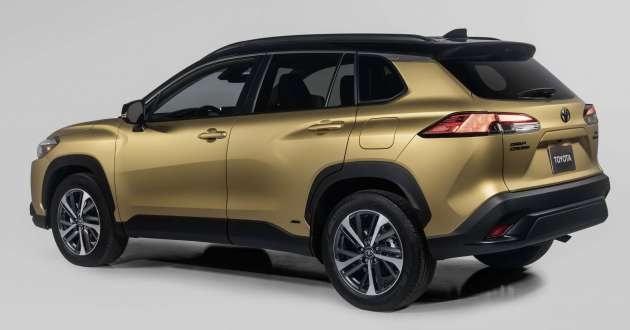 Sport grades are visibly different from the LE and XLE as they more closely resemble the Japanese-market Corolla Cross. As such, the S, SE and XSE come with a slimmer grille set upon a protruding hexagonal section that is flanked by revised headlamps.

All three also get a reprofiled front bumper with a larger lower grille that wraps around the corner fog lamps (standard on the XSE). The rear bumper is also slightly tweaked for the Sport grades, with the lower trim entirely in black and joined by reshaped reflector elements. As for the interior, the only notable change is a different instrument cluster display with hybrid-specific displays. 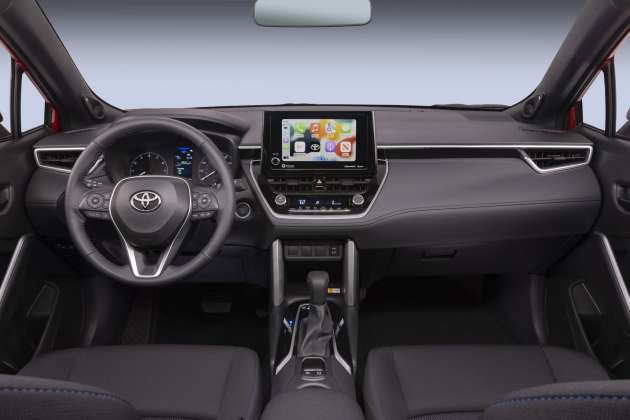 The XSE naturally gets the most goodies, including 18-inch alloys, premium LED headlamps, taillights and fog lamps, Softex upholstery (also fitted to the XLE), heated front seats and a powered driver’s seat.