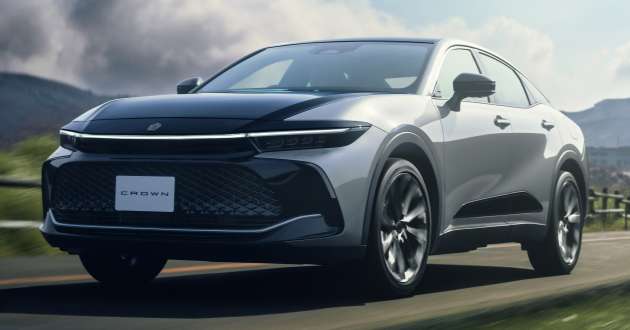 With 15 generations and 67 years to its name, the Toyota Crown enters a new era where it diverges from the norm that was the three-box sedan shape and transitions into one that has grown the Crown name into a new series of models spanning four lifted bodystyles – the Crossover, the Sport, the Sedan (really more a lifted fastback) and the Estate.

The development team in charge of the new Crown went through a thorough re-examination of what the Crown name meant, and in Toyota’s own words, the outgoing Crown has become “unable to fully meet the diversifying needs of its customers” and diminished its presence as a flagship vehicle because of it, so the result is this significant shift.

As described by Toyota, the Crossover is its new style that combines the form of a sedan with that of an SUV; the Sport offers a “sporty driving experience” in an easy to drive package; the Sedan is aimed at the chauffeur-driven segment, and the Estate is a “functional SUV with a mature atmosphere” with spaciousness in the mix. 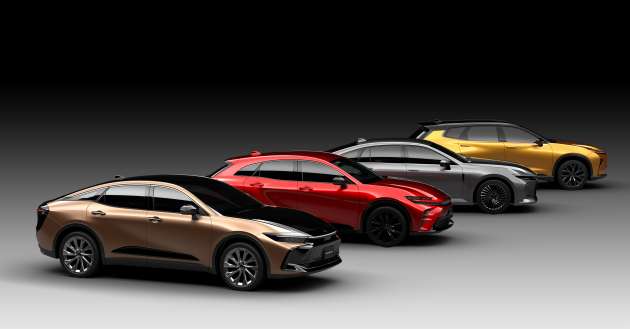 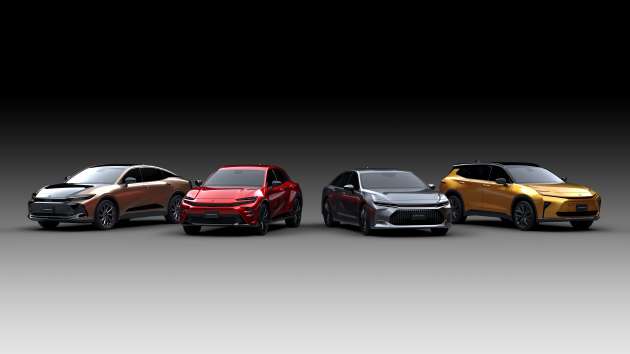 Of these, the Crossover will lead the market debuts, going on sale in Japan this autumn, and wider Crown series will be made available in around 40 countries and regions, says Toyota.

Built on the transverse-engine layout TNGA-K architecture, the 2023 Crown differs from previous generations in using a higher hip point to make for easier entry and exit as well as better visibility through the use of larger diameter wheels, while the new shape also enables the offering of increased front and rear headroom. Suspension duties here are handled by MacPherson struts in front, and a multi-link setup at the rear.

Powertrains offered with the 2023 Crown at launch are a pair of hybrid AWD offerings, starting with the Crossover X with the 2.5 litre naturally aspirated A25A-FXS hybrid engine at 4,350,000 yen (RM139,450) ranging up to 5,700,000 yen (RM182,747) for the Crossover G with the Advanced and Leather package. This powertrain is combined with a continuously variable transmission. 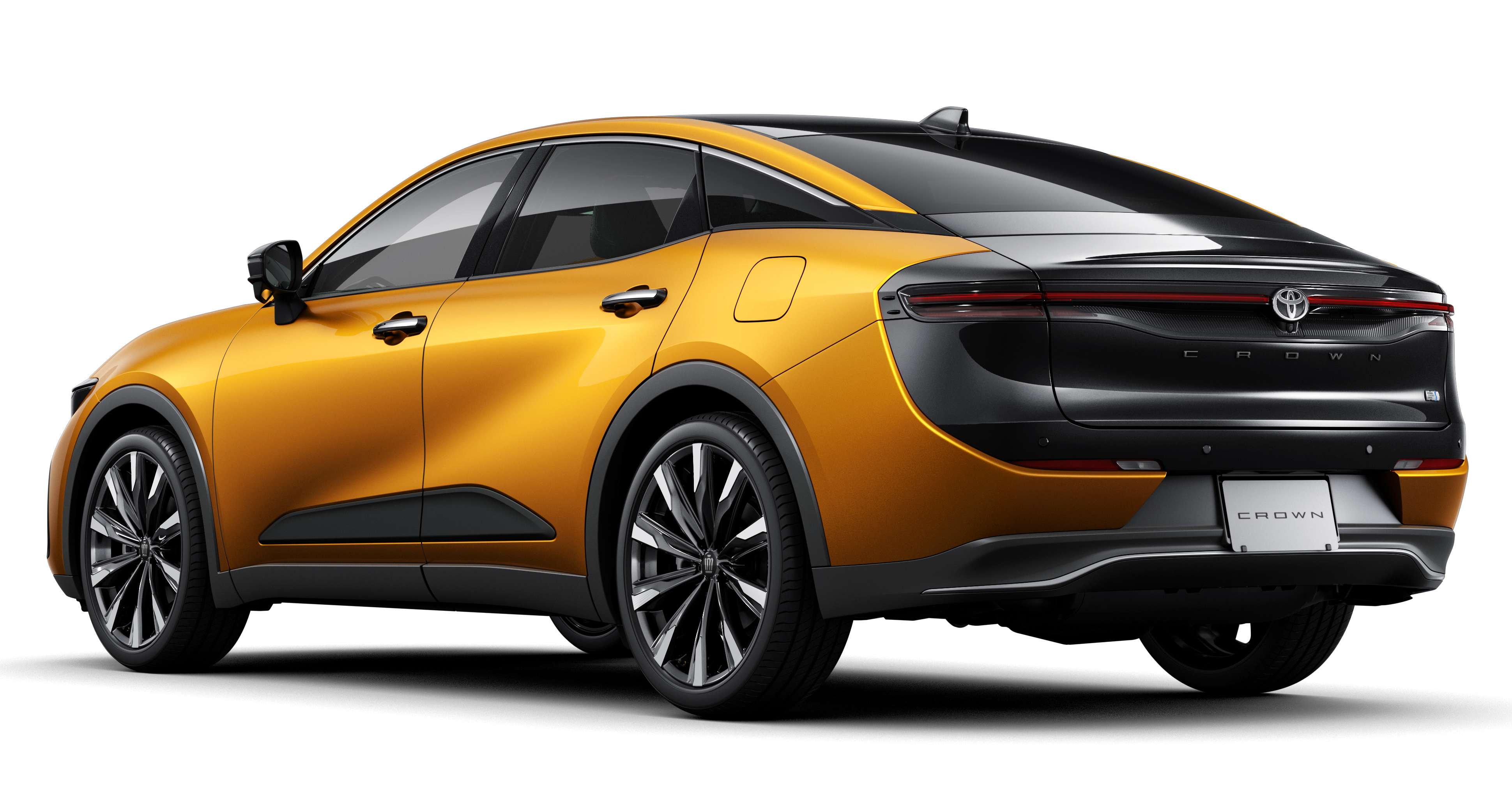 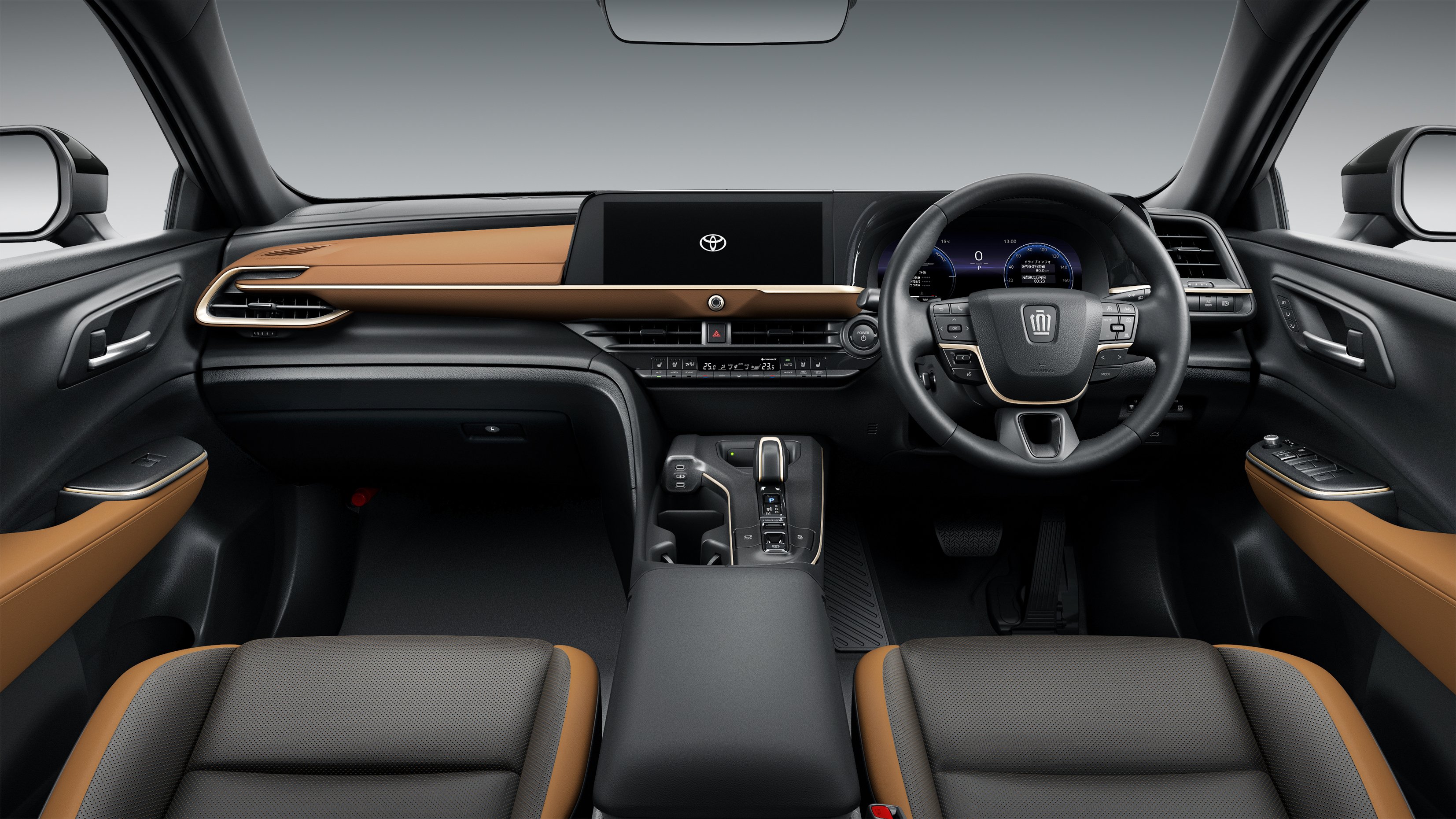 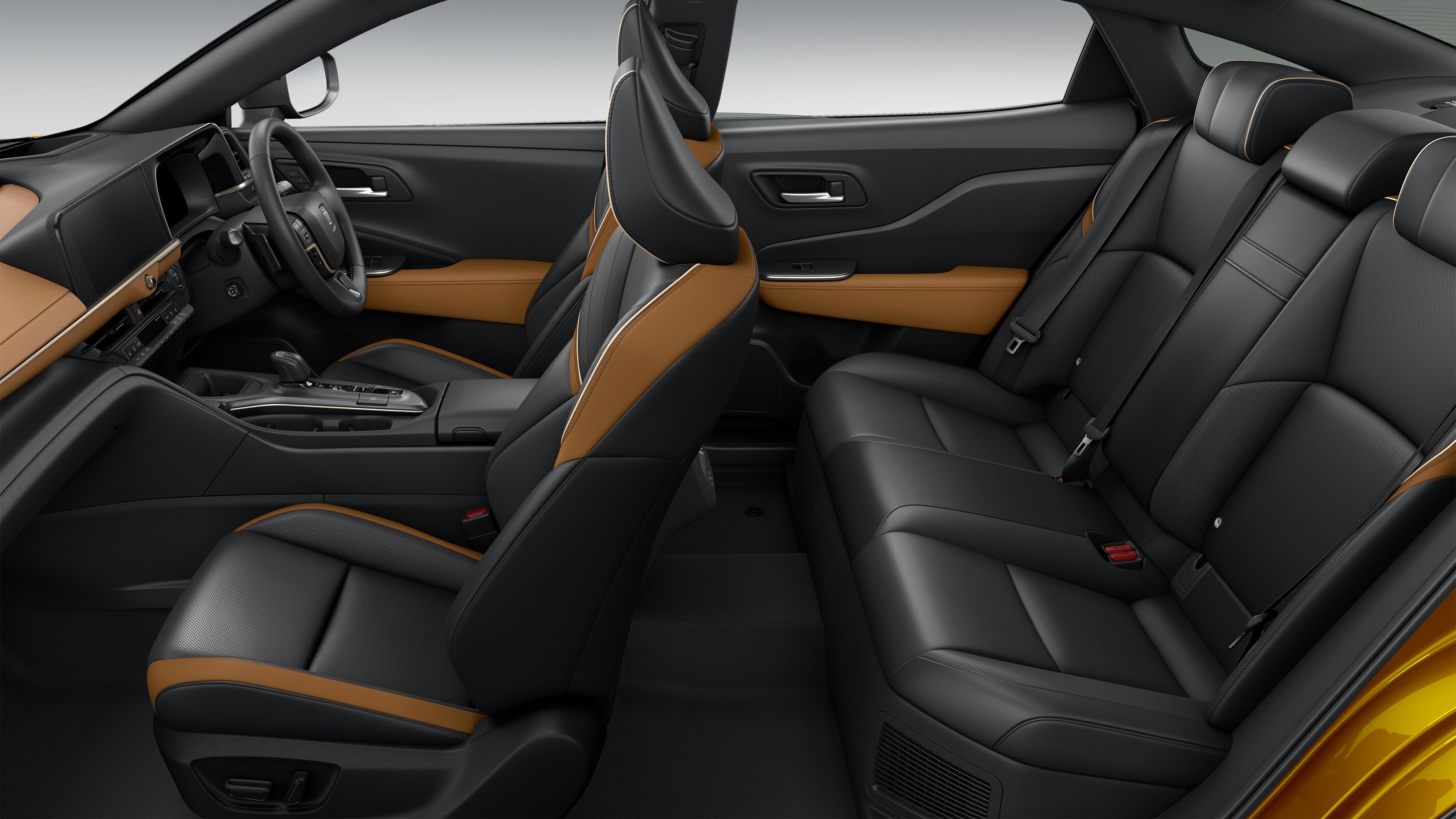 In the United States where the 2023 Crown has also been launched, the 2.4 litre turbo hybrid powertrain carries the Hybrid Max name and is rated for a combined output of 340 PS, and tuned to attain peak torque output at a crank speed range of 2,000 to 3,000 rpm. 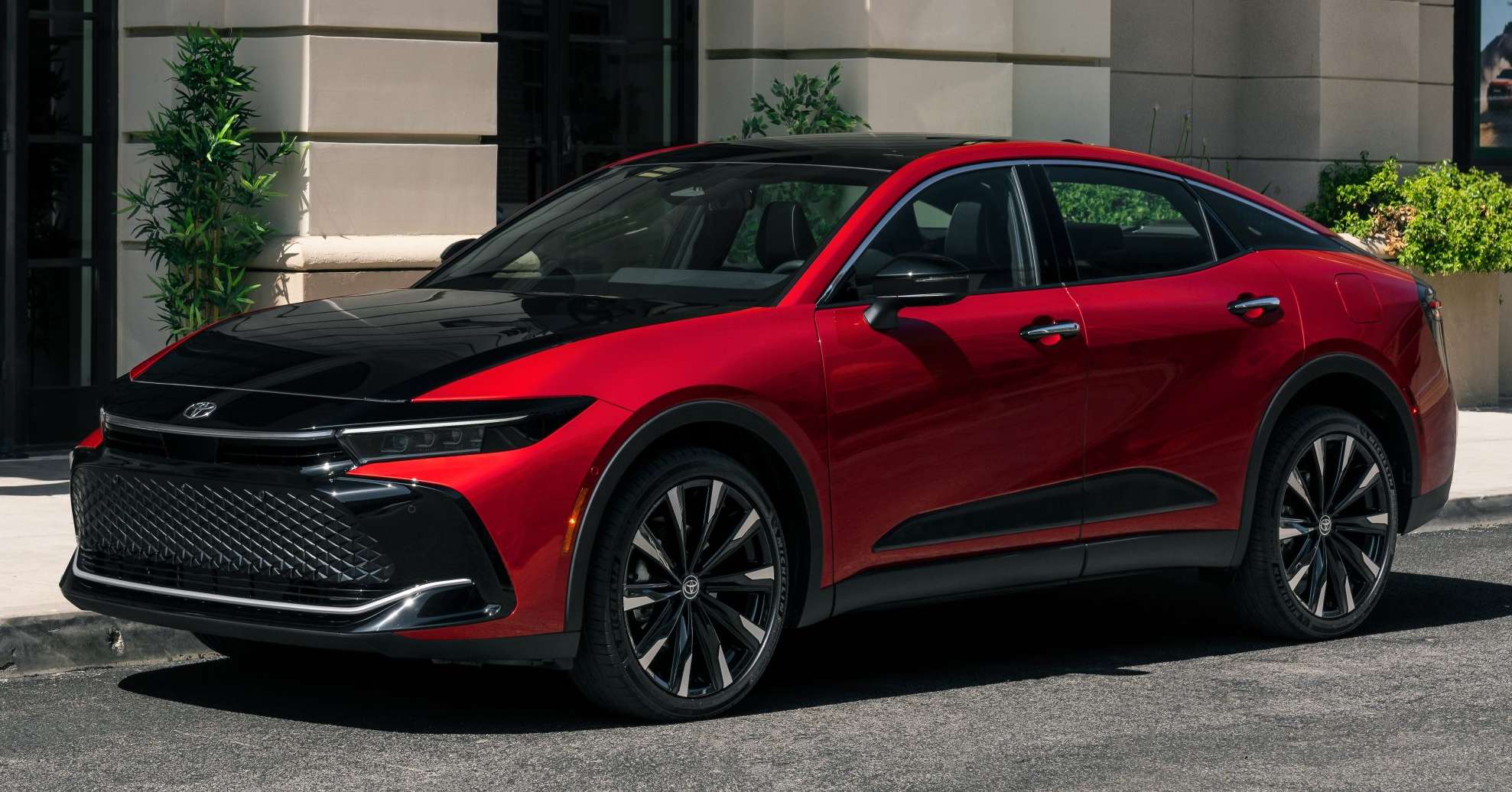 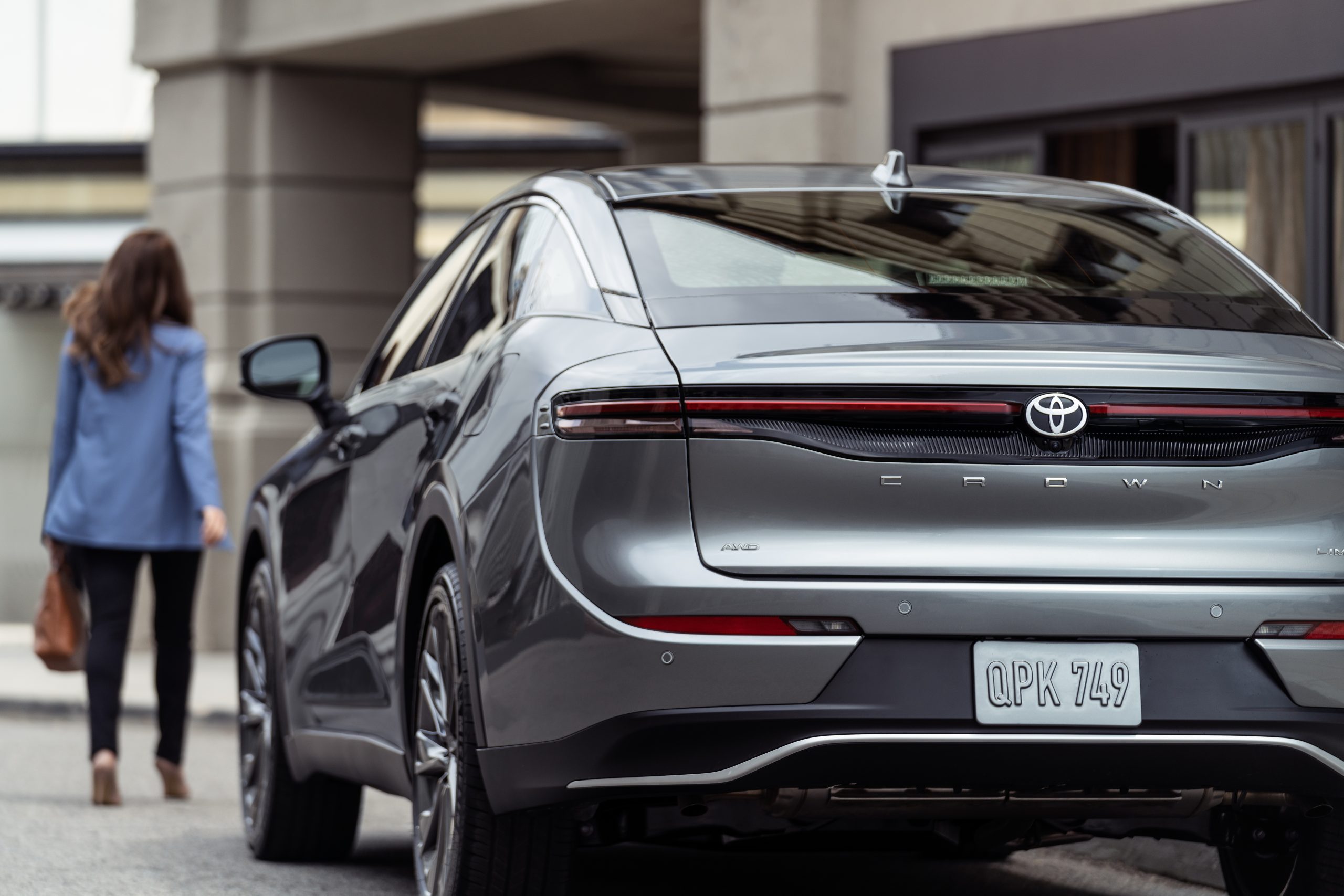 Manufactured at the Motomachi and Tsutsumi plants in Japan, the 2023 Toyota Crown goes on sale in Japan in autumn, while the US-market Crown will arrive in dealerships later this year, says Toyota.