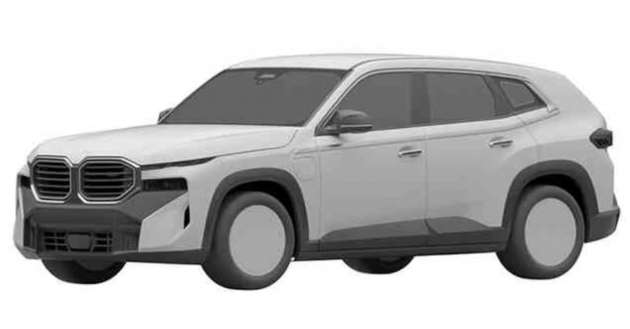 Patent filing images of the forthcoming BMW XM have leaked online, and the production version of the standalone M division model has been revealed to wear styling that will be only slightly toned down from that of the Concept XM that was officially revealed by BMW in November last year.

The leaked images were posted to iX Forums, which noted that the patent images were filed at the Japanese intellectual property office on April 11 this year.

From these images we can see that the front fascia of the XM gets a slightly toned down kidney grille assembly, which is shown here to be slightly smaller than the arrangement seen on the Concept XM show car. The double-decker lighting configuration remains where the very slim LED DRLs sit atop the main lamps situated roughly mid-height relative to the grille, albeit appearing slightly revised in these patent images. 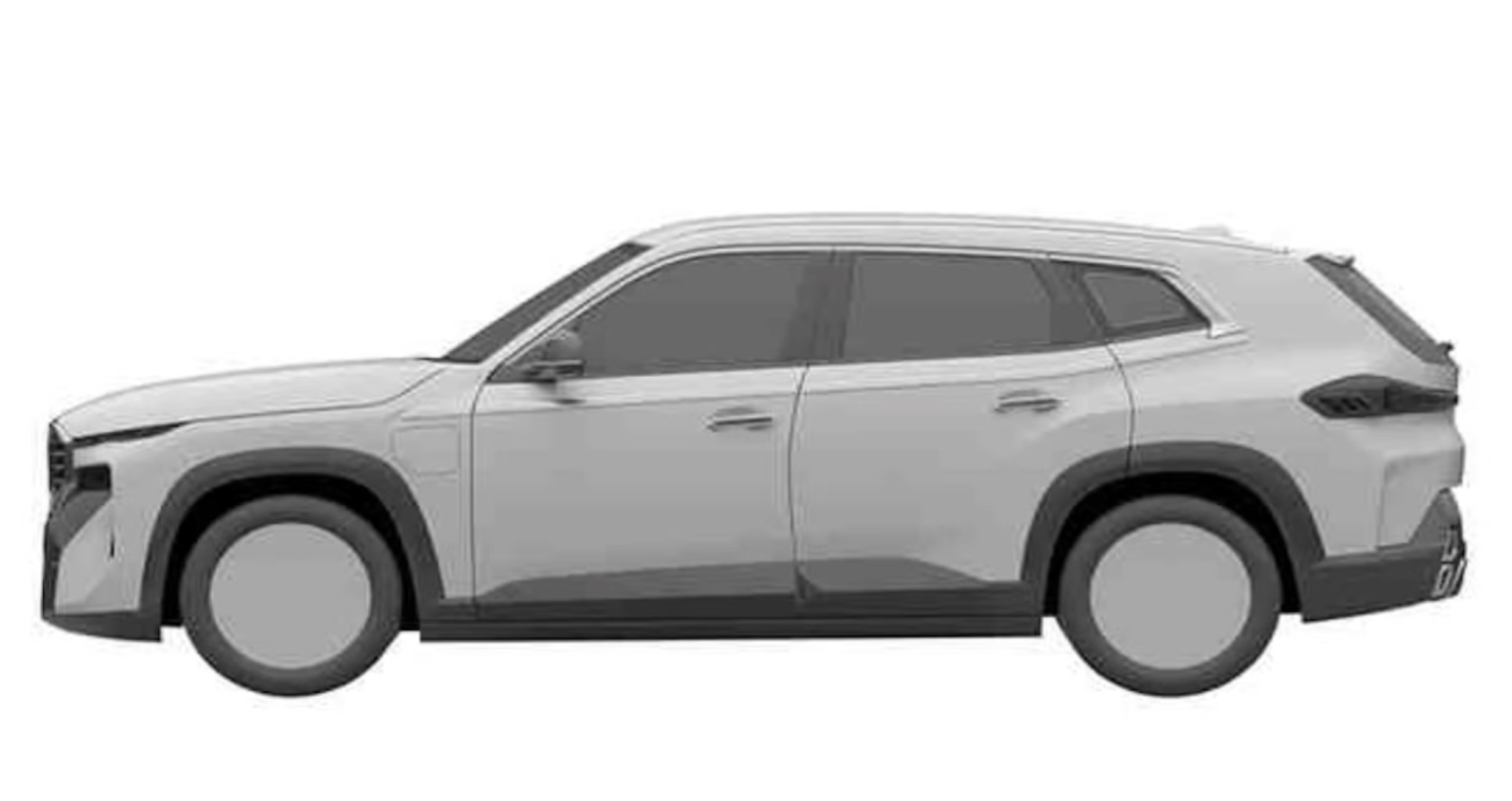 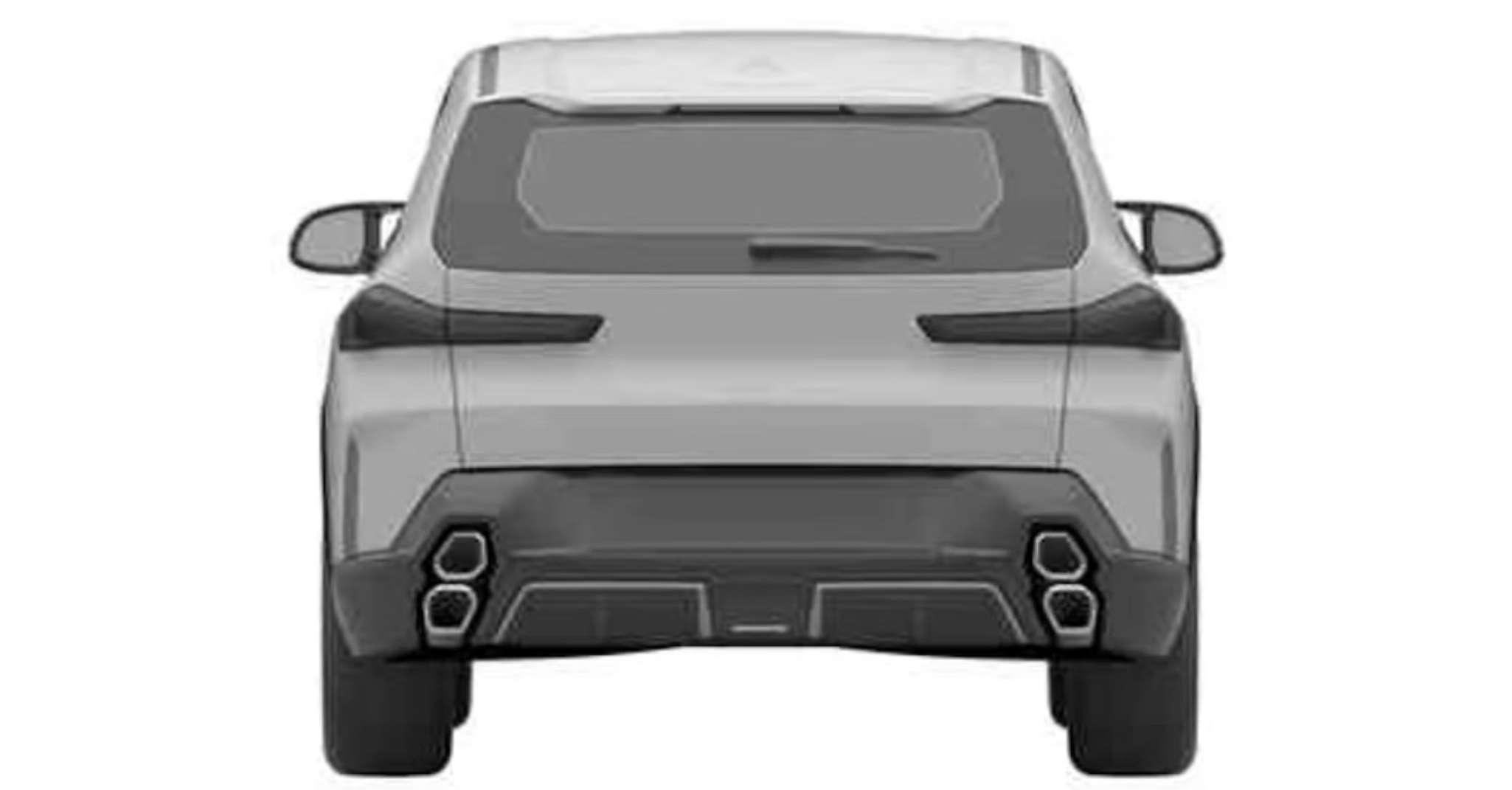 Also as shown in the official development vehicle images, the lower intake in the front bumper houses a radar unit, flanked by smaller intakes on each side. Viewed in profile, the glasshouse slopes upwards with a kink aft of the C-pillar, while the rear end of the XM is distinguished by a pair of dual exhaust outlets on each side, stacked vertically.

Official images of the XM development vehicle were released by BMW in May along with early details on the M model’s specifications, and the manufacturer has said that its powertrain will consist of a newly developed V8 petrol engine joined by electric drive, yielding a total system output of 650 hp and 800 Nm of torque. These outputs will go to all four wheels via a hybrid-specific M xDrive all-wheel-drive system.

The XM will have a pure EV range of 80 km based on the WLTP testing protocol, claimed BMW earlier this year. Meanwhile for its chassis, the XM gets a 48-volt electrical system to power its electromechanical anti-roll stabilising system, dubbed Active Roll Comfort and will be a first in BMW M vehicles. Wheels of up to 23 inches in diameter can be specified, and weight distribution of the XM is nearly even front to rear, says BMW.

The official images previously released by BMW also show a partly concealed cabin, where the XM has been found to sport ‘M1’ and ‘M2’ buttons on its steering wheel. More will be revealed in due time, as the XM is set to enter production at the BMW Group production facility in Spartanburg, South Carolina from December.