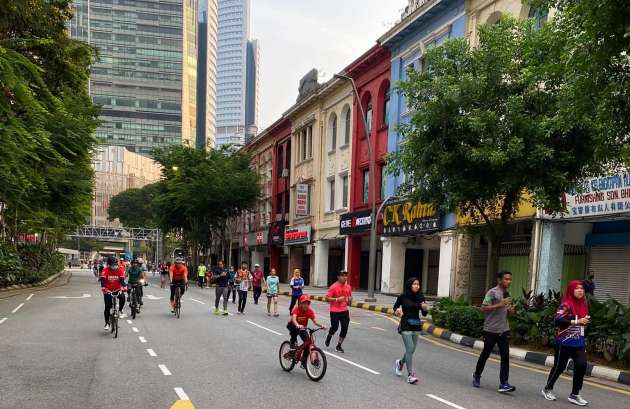 Jalan Tuanku Abdul Rahman in the capital city will soon be a pedestrian zone on Sundays with no vehicular traffic allowed in. This will start from September 28 if DBKL’s plan is followed through.

According to deputy federal territories minister Datuk Seri Jalaluddin Alias, the idea is to encourage the culture of walking among city folk. DBKL is currently engaging stakeholders in the area.

The exact stretch on Jalan TAR is from the Jalan Esfahan junction (Sogo) to Jalan Tun Perak (near Dataran Merdeka) and the closure to vehicles will be from 6am to midnight, Jalaluddin said in the Dewan Negara yesterday, reported by Bernama.

The deputy minister said that various activities are planned for the pedestrian zone, including buskers, creative art performances and traditional sport programmes. He added that DBKL is also studying proposals to do the same at a stretch between Jalan Pudu and Jalan Bukit Bintang.

If you’ve joined the KL Car-Free Morning before, you would know this Jalan TAR stretch as the final straight for the nearly 7km route, before you make a right turn to go back to the start point, Dataran DBKL. This stretch is much less lively now than what I remember as a child, and many shops have closed – here’s hoping that the pedestrian zone idea will bring back life to Jalan TAR.