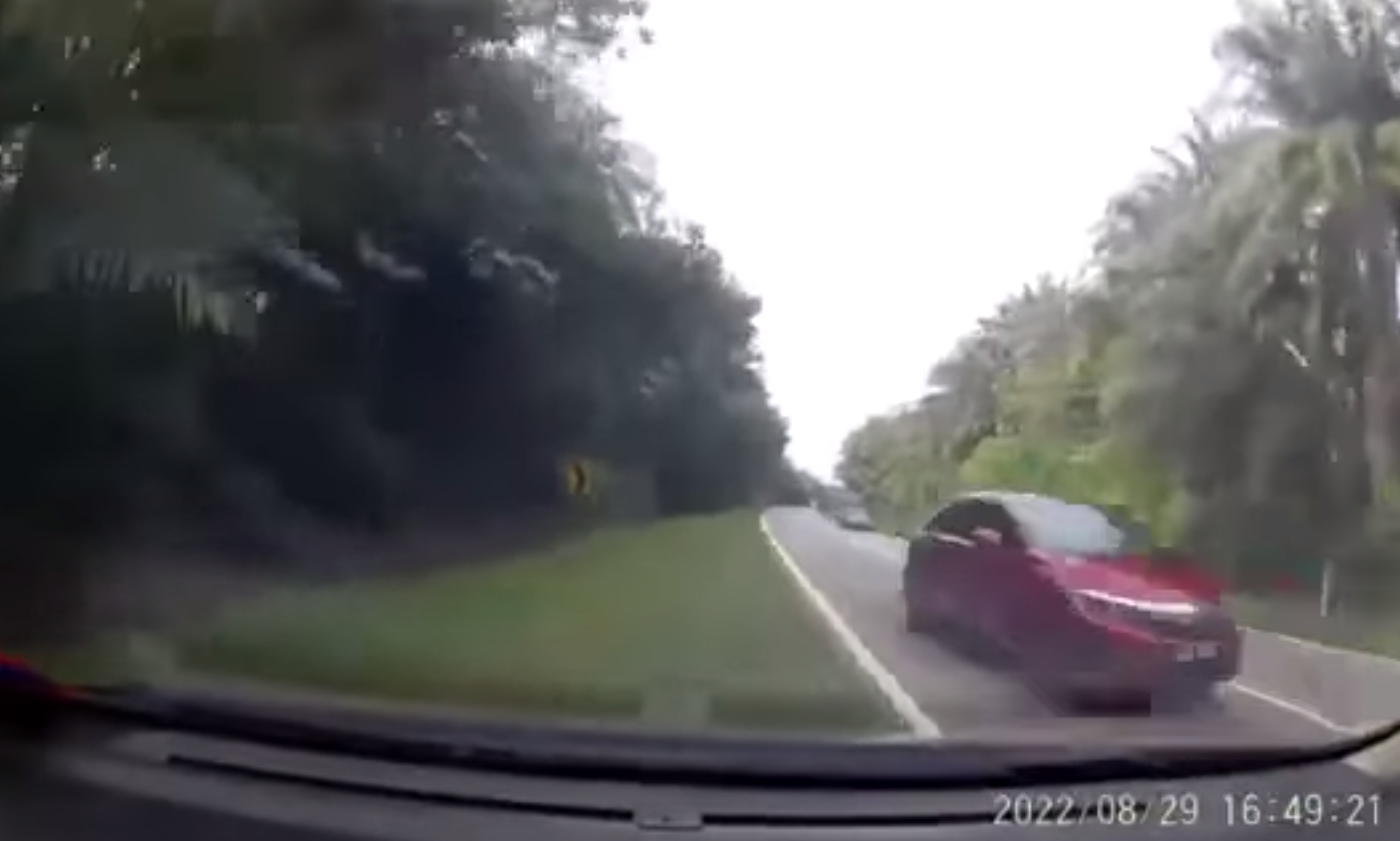 Did you come across a video of a red Honda City overtaking on a double line on a single lane trunk road, forcing the camcar to dive to the road shoulder? Fortunately, the road had a relatively wide grassy shoulder to accommodate the camcar, and no vehicle or human was harmed.

The incident happened on Monday, August 29, and was shared by the Muadzam Maju Facebook page. According to a statement released by Rompin district police chief Mohd Azahari Mukhtar, it happened at KM124 Jalan Kuantan – Segamat. The Honda City’s JVC 9323 number plate search brought up a man with an address in Bukit Beruang, Melaka.

Perhaps he realised that the video had gone viral and the cops are on the case, the Honda’s driver showed up at IPD Rompin on August 30 and was arrested and investigated under Section 42(1) of the Road Transport Act for dangerous driving.

Check out the video below – it was a close shave for the camcar. Fortunately, the driver was alert and reacted in time. If he or she was distracted, whether with the kids or the phone, or simply not at “full battery” due to fatigue, it would have been a head on collision at speed. While we can’t control what others do, we can be alert and react to our best ability should the unexpected happen. Drive safe and get a dashcam.