Elephant ‘inspects’ Raya jam at East-West Highway, approaches SUV – don’t provoke it or go too near 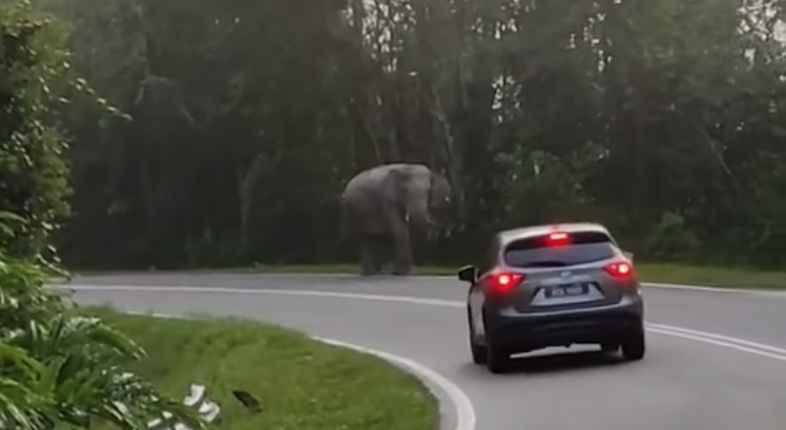 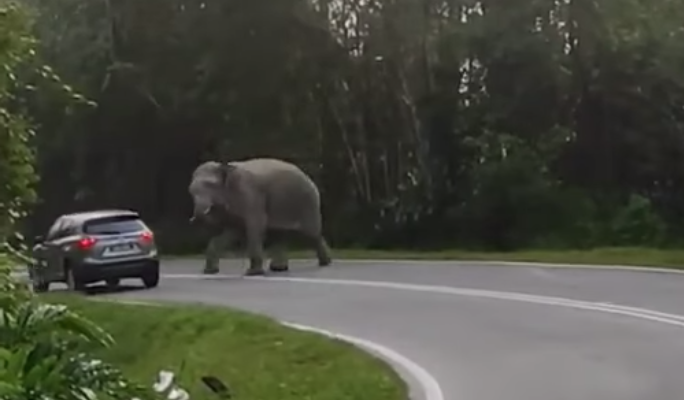 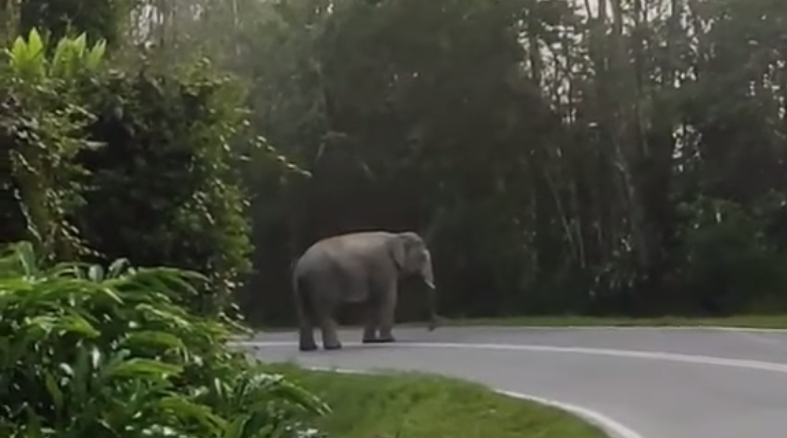 During the recent Hari Raya jam, an elephant was caught on camera hanging out on the road and “inspecting” the scene. The video was captured at the East-West Highway connecting Gerik to Jeli, and the video has been verified by the department of wildlife and national parks (Perhilitan).

In the video, the elephant was at the side of the road when a Mazda CX-5 approaches it. The SUV brakes but continues on the the curve. The giant mammal looks at the Mazda and moves towards it, but the SUV managed to pass unscathed. The elephant was still in the middle of the road when the next car – a Proton Wira – approaches the bend. This car then did what we’re not supposed to do, honk.

No human or animal was harmed, and the elephant eventually went back into the jungle after a few minutes. It’s not something we see everyday, but Perhilitan director Yusoff Shariff said that such incidents are common on the East-West Highway, and that the elephants in the area are generally used to the presence of humans and vehicles.

However, Yusoff hoped that motorists do not provoke or get too close to elephants on the road. What one needs to do in such an encounter is slow down or stop, maintain a safe distance and let the elephant head back into the woods. He added that Perhilitan had expected human-elephant encounters, and had set up warning signs on the route.