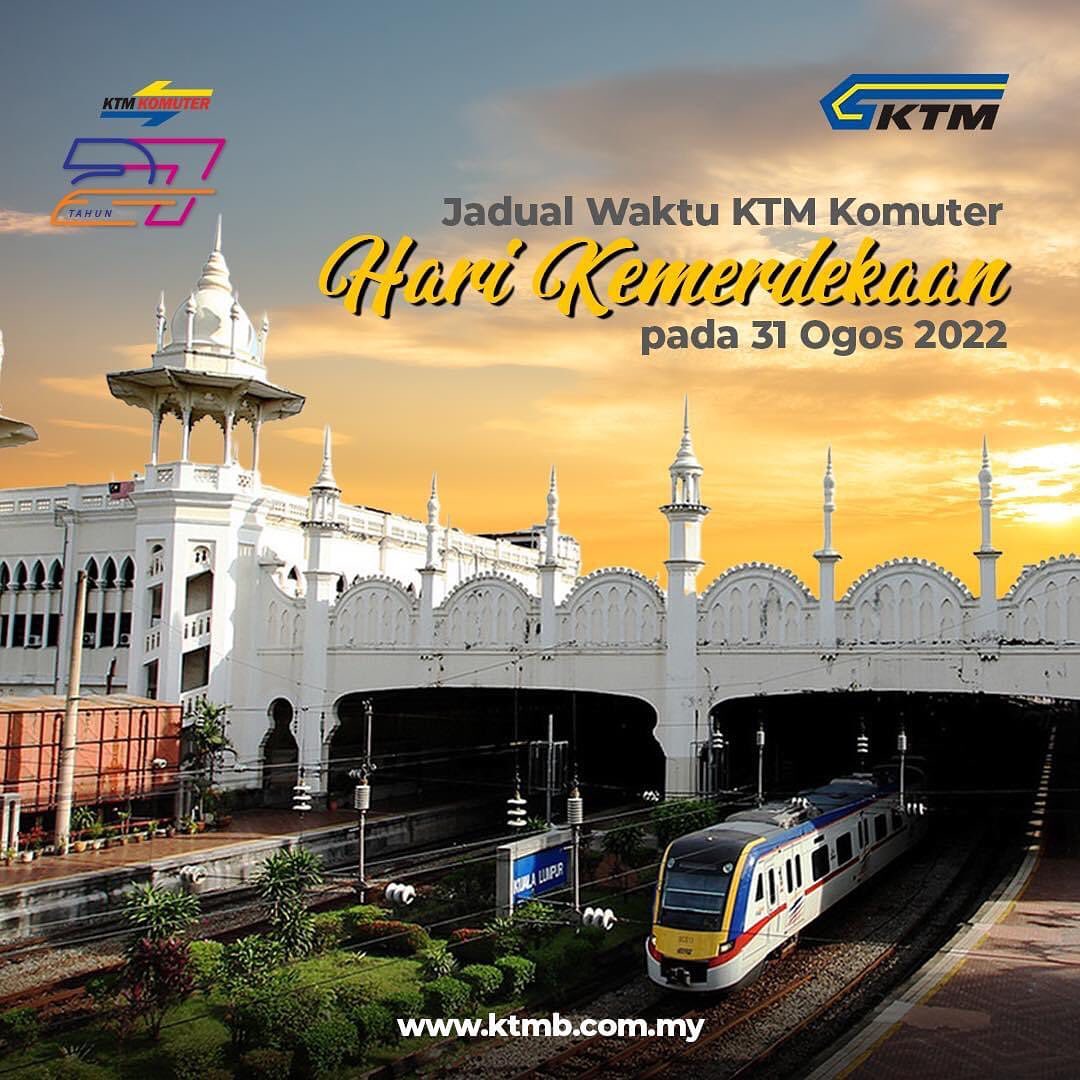 Planning to head down to Dataran Merdeka to celebrate Malaysia’s 65th anniversary of independence? Many roads in KL will be closed to traffic, so it’s best to take public transport. Rapid KL has released an expanded schedule for August 31 for the LRT, MRT and Monorail, and here’s the one for KTM Komuter.

For the Tanjung Malim – Pelabuhan Klang route, the first train will leave Tg Malim at 5.15 am and reach Kuala Lumpur station at 6.53 am. For the Pelabuhan Klang – Tanjung Malim route, the first train will leave Port Klang at 5.20 am, reaching KL main station at 6.53 am. There will be another train departing at 5.50 am, and this one will reach KL at 7.23 am.

As for the Pulau Sebang – Batu Caves route, the two extra trains will depart at 4.35 am and 5.05 am, reaching KL at 6.56 am and 7.28 am respectively. Refer to the table above. KTM Komuter riders can alight at Kuala Lumpur or Bank Negara stations, the two stations closest to Dataran Merdeka.