Ford Mustang Mach-E set to go on sale in Australia and NZ by 2024; EV crossover to come to Malaysia? 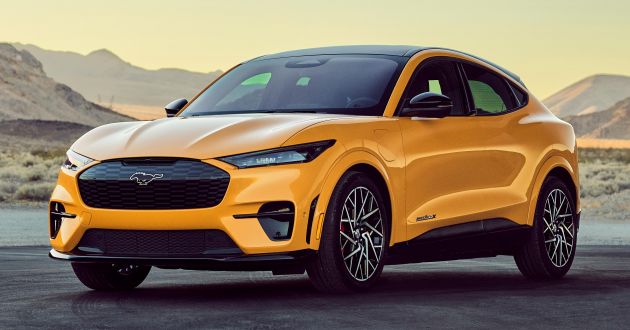 The Ford Mustang Mach-E will be making its way to the Australian market, reports Car Expert, while neighbouring New Zealand has also been confirmed to receive the electric crossover early next year.

Chances of the EV crossover’s Australian market launch was influenced not by a lack of demand, but by a lack of supply, Ford Australia told Car Expert.

In the right-hand-drive market that is the United Kingdom, the EV is available in five variants; RWD and AWD versions in Standard Range (75.7 kWh battery) and Extended Range (98.7 kWh battery) guises, as well as the range-topping GT that outputs 487 PS and 860 Nm of torque and gets 496 km of range on the combined WLTP cycle, according to a price list on the Ford United Kingdom website. 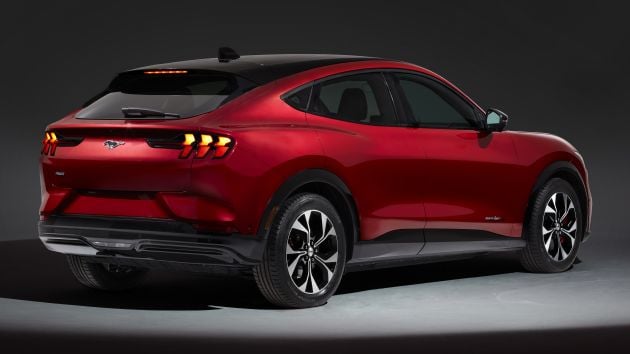 Of the less performance-focused variants of the range, the Extended Range AWD produces 351 PS and 580 Nm with 536 km of range on the combined WLTP cycle, while the Extended Range RWD offers 294 PS and 430 Nm with a range of 606 km, the longest of the line-up.

In the United States, the Mustang Mach-E has been well-received from its debut, with nearly 50,000 units from its first-year allocation sold out in four months. Given that it is being prepared for further RHD markets such as the aforementioned Australia and New Zealand, perhaps a Malaysian arrival is on the cards, too?