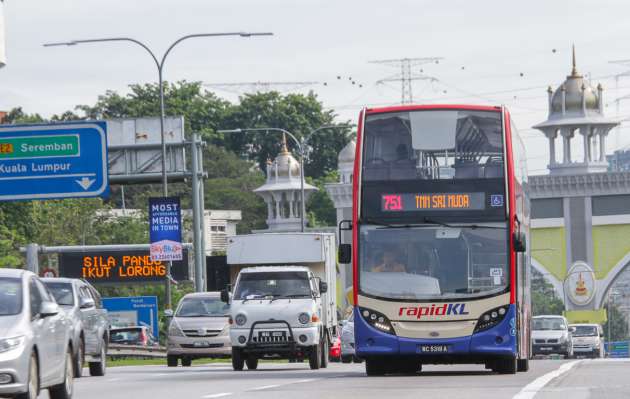 To help ease overcrowding at LRT stations during peak hours, Rapid KL has announced a new express bus service from the LRT/MRT Pasar Seni and LRT KLCC stations out of the city centre.

Both buses will go direct to their destinations without stopping, hence the express name. It’s to serve the evening rush hour, and the operation time is from 4.30 to 7.30 pm on weekdays. The frequency is every 15 minutes, but this is depending on traffic, of course. It’s FOC for now.

Yesterday, the prime minister announced one month of free rides on the Rapid KL public transport network that includes the MRT, LRT, KL Monorail, Sunway BRT and buses. KTM Komuter trains in the Klang Valley will also be FOC for 30 days starting June 16.