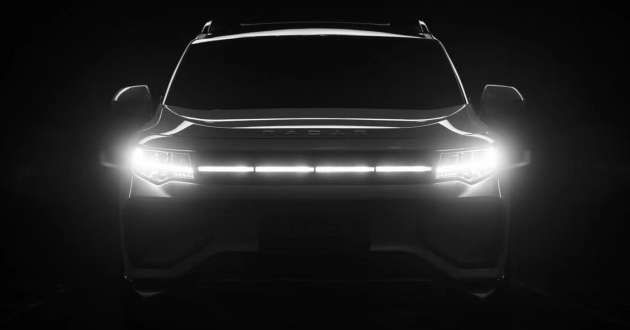 Following the release of initial teaser images of the Geely Radar battery-electric pick-up truck, the automaker has revealed more of its unibody-based dual-cab pick-up in a new set of teaser images.

Its closest relation appears to be the Geely Haoyue, or Okavango in international markets, from which the forthcoming Proton X90 SUV will be derived. Here, the Radar seems to draw certain design elements from the Haoyue/Okavango, namely the square-topped wheelarch crease lines above both wheels.

Here, we can also see that the front fascia of the Radar has LEDs spanning its grille, forming a full-width arrangement of light in front. Meanwhile at the rear, both tail lamps are also joined by a full-width light bar, and this image confirms that the Radar’s rear license plate mount is on the tailgate.

Having been indicated to use Geely’s Sustainable Experience Architecture (SEA) platform, this would make the Radar a pick-up truck of unibody construction, and the SEA platform also underpins the likes of the Zeekr 001 crossover and the smart #1 SUV. 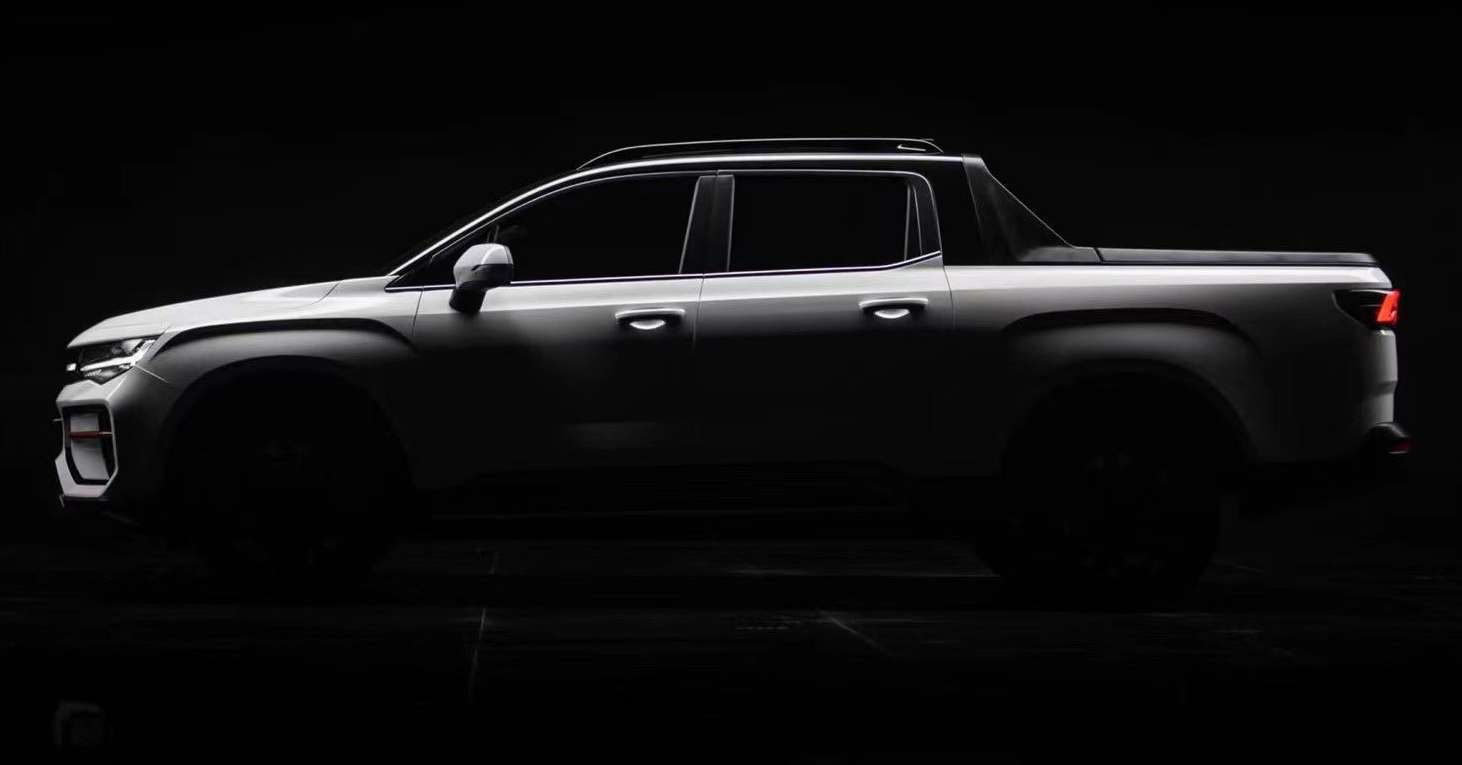 While the forthcoming Radar EV pick-up truck resembles the Proton X90 and its Geely group relatives, the SUV continues to employ internal combustion power. In the case of Proton’s upcoming SUV, the automaker showcased a version of the 1.5 litre TGDi turbocharged petrol three-cylinder engine which incorporates a belt-driven starter-generator (BSG) which operates on a 48-volt electrical architecture.

Already commissioned for use on the Okavango and Haoyue as well as the Geely Azkarra (also known as the Boyue Pro, itself forming the basis of the Proton X70), the engine is rated to produce 190 PS at 5,500 rpm and 300 Nm from 1,500 rpm to 4,000 rpm, driving the front wheels through a seven-speed dual-clutch transmission.

As for the Geely Radar electric pick-up truck, its previously released teaser images add weight to indications of its use of unibody construction as its depiction with cyclists suggest a purpose that is more recreational than commercial, the latter being the domain of traditional ladder-frame construction for pick-up trucks.