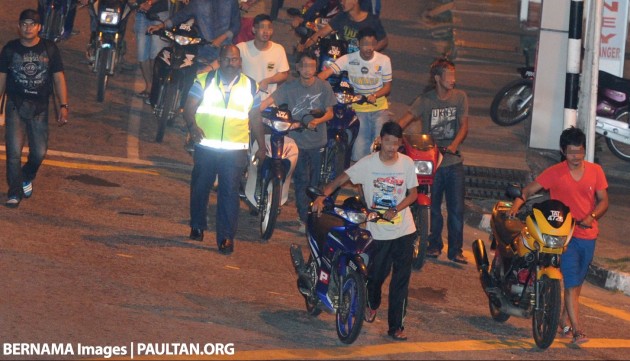 The transport ministry, which has said it will be stepping up efforts to curb illegal motorcycle racing in the country, is looking to impose heavier penalties on Mat Rempits involved in such activities through an amendment of Section 42 of the Road Transport Act 1987. The act has been amended in the recent past to penalise drunk drivers.

The new amendments seek to raise the minimum fine for these offenders from RM300 to between RM5,000 and RM10,000. The fines will also be accompanied by jail time, and deservedly so, but that’s not all. The revised laws will also seek to go after those affiliated with the Mat Rempits such as parents who allow their children under 18 years to participate in illegal racing activities. The same will apply to spectators as well.

Even the workshops that modify motorcycles used by the Mat Rempits will be held responsible and can have their workshop licenses revoked, as reported yesterday. 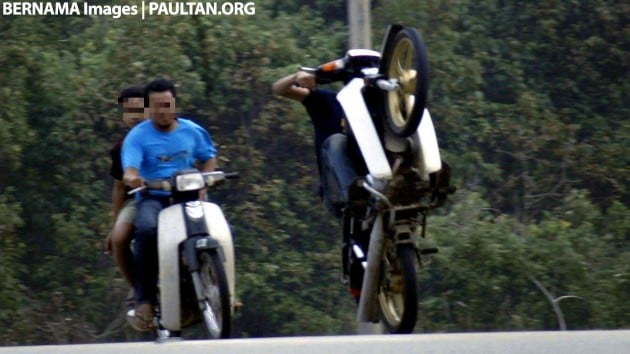 The ministry said it will also consider allowing insurance companies to access its database to impose higher insurance premiums on Mat Rempits involved in illegal racing, according to Bernama. The police and road transport department (JPJ) will place cameras at illegal racing hotspots to help hunt down renegade racers, starting with Penang. If it’s successful, the initiative will be implemented in other states.

As we’ve reported recently, peer pressure is among the reasons that had led the youth to participate in illegal racing activities, based on the findings of a three-year research by Seri Alam police deputy chief Mohd Roslan Mohd Tahir.