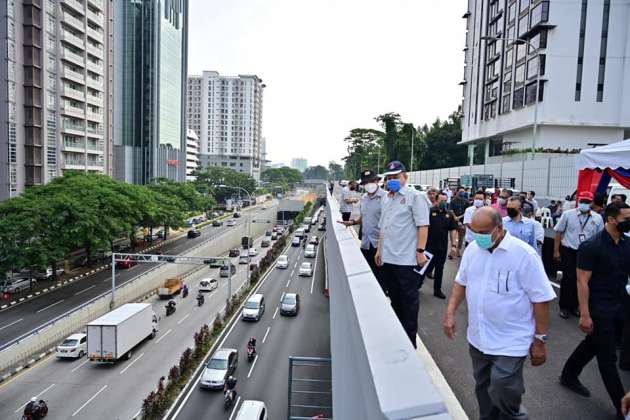 Who else saw this over the weekend? I did, but was unsure of it and couldn’t switch lanes quick enough to use it anyway. We’re talking about the flyover on Jalan Tun Razak in KL heading to the Kampung Pandan roundabout, and yes, it’s finally open.

The 2.8 km elevated three-lane road starts in front of the Royal Selangor Golf Club and heads towards the Kampung Pandan roundabout. It also provides a direct connection to the MEX Highway, and you’ll know this from the green “KLIA” sign to the E20. Launched on Saturday, it’s so new that it’s not on Waze yet.

Those who frequent this stretch will know that it’s a nightmare even during non rush hours, from the US embassy to the underpass and the TRX construction area before the Kampung Pandan roundabout. Now, there’s an escape route.

According to Federal Territories minister Datuk Seri Shahidan Kassim, the flyover is also meant to provide access to motorists exiting from Jalan Bukit Bintang. He added that there are plans to link the flyover to the Setiawangsa-Pantai Expressway that is currently under construction.

This RM492.5mil project was launched in July 2017 and was supposed to be completed two years later. After a couple of delays including the Covid-19 movement control order, it’s finally ready, nearly five years after launch. Better late than never.