JPJ says free driving licence offer being circulated on WhatsApp is fake, advises public to not fall for scam 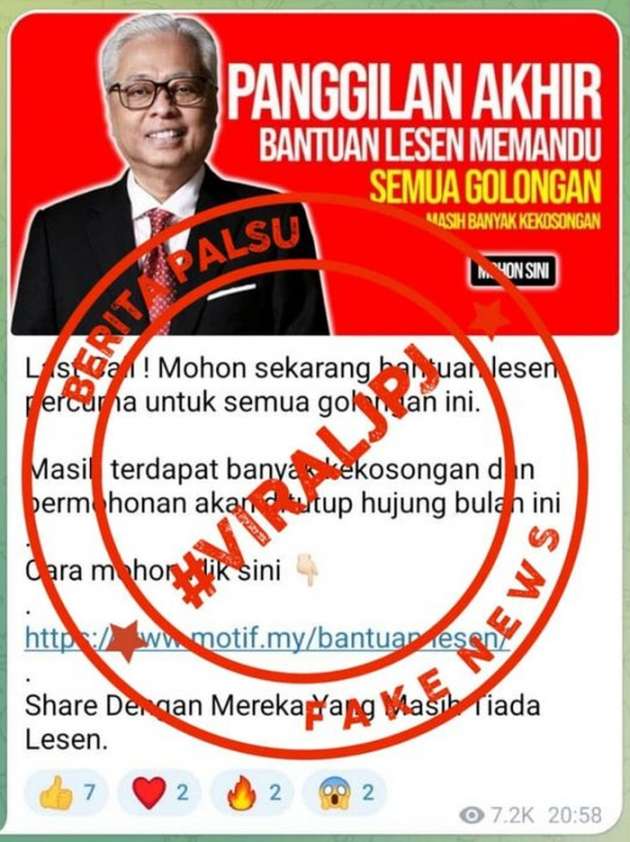 If something sounds too good to be true, it probably is. The road transport department (JPJ) has advised the public to disregard a message touting free driver’s license assistance for all groups, as this was fake. In a post on its official Facebook page, the department said it received reports related to the so-called “ad, which was being circulated via WhatsApp.

According to the department, the message – which misuses a photo of the prime minister to lend it more credence – promotes a free driving license, for which an application can be made via a link to a website. The fraudulent ad also said that were still many slots to obtain the free licence and that applications for this would close at the end of the month.

The department said that the syndicate promoting the scam is also inviting users to join a WhatsApp group via a separate website, likely with the intent to deceive victims.

It added that it was viewing this lesen terbang case seriously and will be investigating the matter further. It will also make a report to the police as well as the Malaysian communications and multimedia commission (MCMC). The department advised those wanting to obtain relevant and accurate information to contact the nearest JPJ branch.