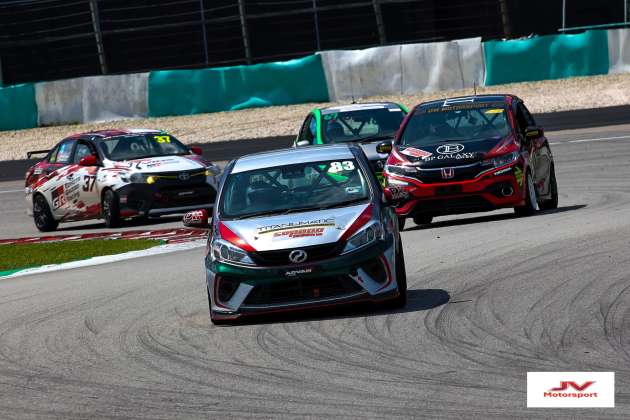 History was made at this year’s Sepang 1000KM (S1K) when JV Motorsport entered a third-generation Perodua Myvi, marking the first time a Myvi participated and completed the local endurance race.

Driven by Fariqe Hairuman, Faiz Sulaiman and Shafiq Rosli, the JV Motorsport Myvi ran for eight hours and 35 minutes before completing the race, taking tenth place in the SP2 V class (formerly known as SP2), and 38th place overall. The 2022 edition of the S1K saw a total 68 cars set off at 9.30am last Sunday (November 20), although 13 cars failed to cross the finish line when the race ended at around 6pm the same day.

The JV Motorsport Myvi is a pre-facelift AV variant powered by an unmodified 1.5 litre engine paired with a four-speed automatic transmission, the latter filled with Titaniumatic Automatic Transmission Fluid by JV Auto Lube to meet the stresses of endurance racing. 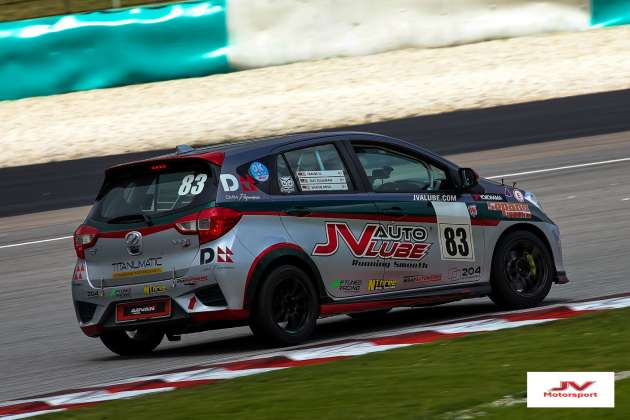 While the drivetrain is stock, the team did make some modifications like swapping out the factory suspension for a new set by local outfit F Tuned Racing, while the front brakes are supplied by NThree. To meet FIA safety regulations, the Myvi also gets a rollcage, a fire extinguisher and a kill switch.

Prior to the start of the main race, the three drivers managed to set an average time of 3 minutes 0.567 seconds in qualifying on Friday (November 18), which was quicker than some Honda Jazz, Toyota Vios and Suzuki Swift cars competing in the SP2 V and SP2 G class.

The time earned the Myvi the 49th spot on the starting grid, and following the end of qualifying, all wear and tear components were replaced with original Perodua parts supplied by DMM Performance, which is the motorsports division of Perodua’s largest distributor in Malaysia, DMM Sales. 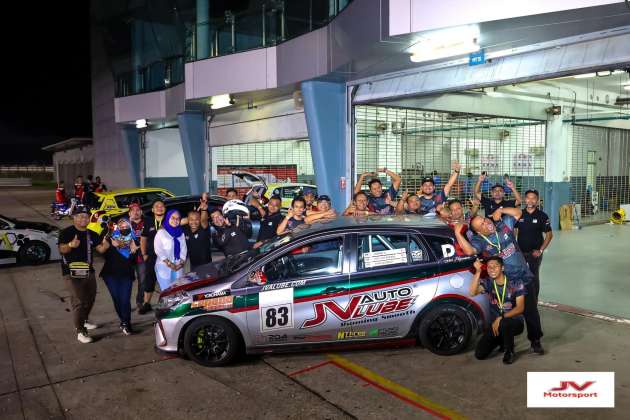 According to the drivers, the Myvi isn’t the quickest when compared to other cars on track, particularly in the straights. Nonetheless, it was still competitive enough and the car met the chequered flag with no incidents. This is despite demanding weather conditions at the Sepang International Circuit (SIC) on the day that demanded proper heat management of components.

The team also took advantage of a safety car incident to gain position, and by the end of the race, it managed to complete 158 laps. By comparison, the Toyota Vios in the higher MTC class driven by Tengku Djan Ley and Naquib Azlan from the Toyota Gazoo Racing Malaysia team managed 181 laps.

JV Motorsport initially set out to only complete the S1K with a Myvi, but the team exceeded its own expectations with a P10 finish in class and P38 overall. The team says it plans to take part in next year’s S1K and is currently in talks with SIC so its Myvi can compete in the 2023 Malaysia Championship Series (MCS) with a manual transmission. We wish them all the best.