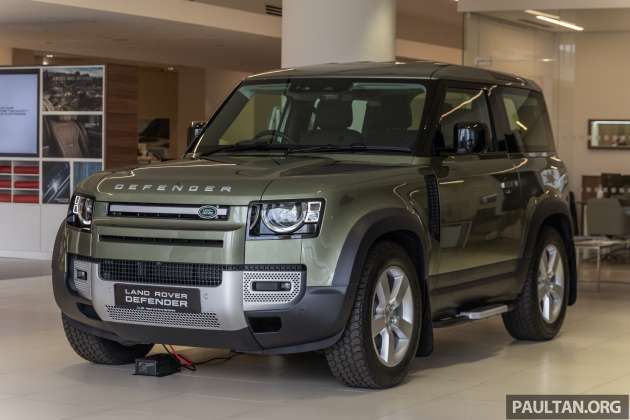 Jaguar Land Rover Malaysia (JLRM) has announced the availability of the 2022 Land Rover Defender 90, the three-door, short-wheelbase version of the L663-generation modern Defender. The 90 joins the five-door 110 that was launched here in October 2021.

The P400 is badged as a MHEV, with a mild hybrid system incorporating a 48-volt electric supercharger, a belt-integrated starter motor and a 48-volt lithium-ion battery to store captured energy. Both engines are mated to a ZF eight-speed automatic gearbox. The Defender 90 P300 and P400 are priced from RM838,800 and RM1,098,800, respectively (before road tax, registration and insurance). 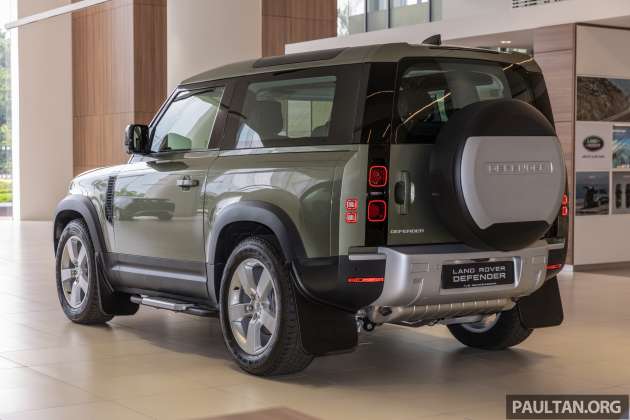 It’s a Defender, so off-road capability is guaranteed. Like the 110, the SWB 90 has a maximum wading depth of 900 mm and is equipped with a twin-speed transfer box. There’s also electronic air suspension with adjustable height – this ranges from access height of 40 mm below the normal ride height, to an extended height of up to 75 mm. There’s actually an additional 70 mm of ride height lift for extreme off-roading, for a total of 145 mm over standard.

Adaptive Dynamics with adaptive dampers evaluates body movements up to 500 times per second, and this data is used to optimise control and comfort. Of course, there’s Terrain Response, which adds on a Wade mode to the menu make it six presets (Normal, Mud and Ruts, Grass/Gravel/Snow, Sand and Rock Crawl are the other modes). 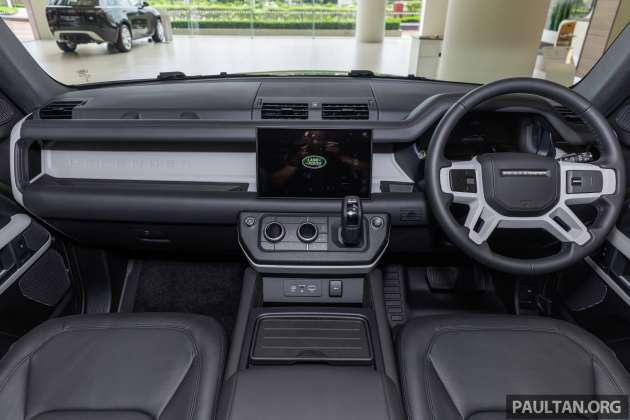 The Defender 90 is available in five colours including this very nice shade of Pangea Green. It also comes with 170 individual accessories, the largest range ever produced for a Land Rover model. Of the lot, I find the exterior side-mounted gear carrier boxes to be very cool, like panniers on touring bikes.

The Defender may be synonymous with off-road toughness and go-anywhere ability, but this new 90 is so cute. Just look at the thing, aiyo. It’s no longer a tool, but a luxury product, and the prices reflect the change. Check out the five-door Defender 110 here, which do you prefer?