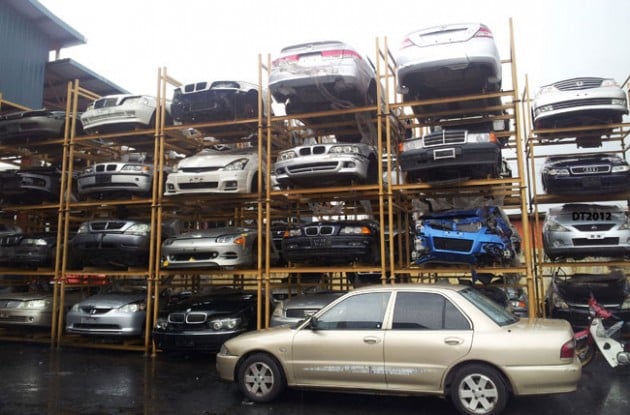 The topic of implementing a vehicle end-of-life (ELV) policy in Malaysia has long been discussed and debated, with little in the way of resolution, simply because many factors and issues have come into play, and an ideal solution has always proved elusive.

Now, the government believes it may be able to get ELV moving at some point in the future, and is looking at defining the first steps in that direction. As Bernama reports, the country is presently studying a suitable approach to implementing an ELV management policy, and is hoping to establishing that framework by 2025.

This timeline was revealed by science, technology and innovation (MOSTI) minister Datuk Seri Dr Adham Baba during the signing of a memorandum of understanding (MoU) between the ELV Research Consortium, which is comprised of three universities, and Malaysia Automotive Recyclers Association (MAARA) earlier today.

The collaboration between the three universities (Universiti Teknologi Malaysia, Universiti Kebangsaan Malaysia and Universiti Teknikal Malaysia Melaka) and MAARA aims to resolve the issues of ELV through recycling or upcycling. The parties aim to research and gather data on the remanufacturing, recycling, and disposal of used components from old vehicles. 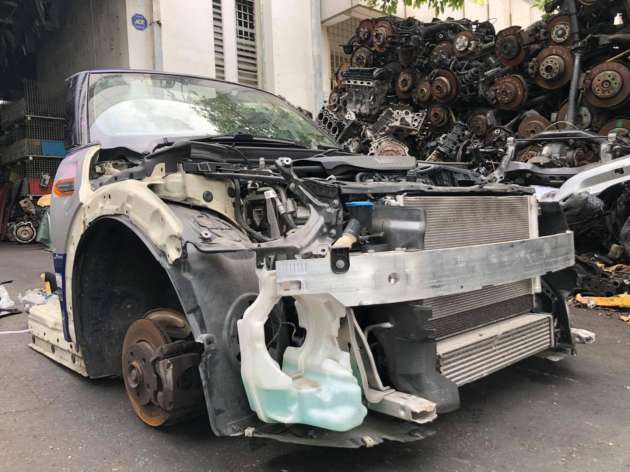 Adham said that the development of a management policy was important to ensure that the components and usable materials from old vehicles can be salvaged and simply not be left to waste away. “The excess of dilapidated vehicles = which also have resulted in dengue outbreaks – occur because there is yet a policy on the proper action that needs to be taken, with emphasis on the method of proper disposal,” he said.

He also pointed out that the country is looking at Singapore and Japan in drafting its framework, as both countries had expertise in ELV recycling. He also highlighted that 70% of components from ELVs could be exported to other countries, in what could be a RM10 billion industry.

As for an actual Vehicle End-of-Life policy, the matter is, as transport minister Datuk Seri Wee Ka Siong put it some months back, not as simple as it sounds. The discussion of vehicle scrapping remains a touchy affair – as we pointed out before, while car companies would be for it, car buyers would be against the idea, wanting the freedom of choice of if and when to replace their cars. Still, it may yet be that the first steps towards that have been taken – we shall see.