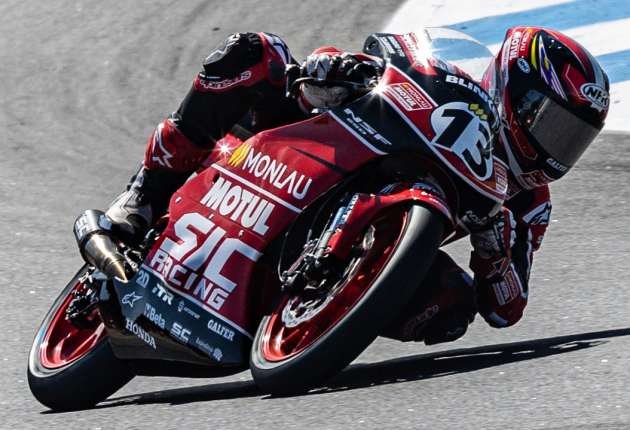 It appears competing in the 2022 FIM European Talent Cup (ETC) championship agrees with SIC (Sepang International Circuit) Racing’s Hakim Danish, with a podium place after last weekend’s racing in Portugal. Taking place at the Estoril Circuit, Portugal, in the opening race of the 2022 FIM JuniorGP season, Hakim placed fifth in Race 1, and gained his first ever podium spot with a second place finish in Race 2.

Starting Race 1 in 10th position, Hakim fought hard against a crop of young European talent to grab fifth place. “For me, Race 1 was tiring because I was fighting hard to control my bike against other fast riders,” said Hakim after the race. 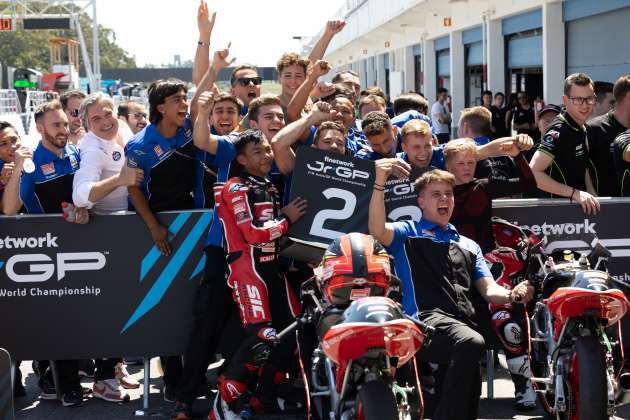 However, the mechanics from team Monlau got cracking and made improvements to Hakim’s Honda NSF250 race machine ahead of Race 2. Despite starting from 12th on the grid, Hakim fought his way through the pack to finish second behind Joel Esteban of Aspar Junior Team and ahead of Rico Salmela of Estrella Garcia Racing Team.

“I am really happy with Race 2 because this is my first time being on the European Talent Cup podium. The feeling of the bike is better than Race 1 all thanks to my team,” Hakim said. Hailing from Terengganu, Hakim is sponsored by SIC Racing, under the tutelage of Zulfahmi Kahiruddin of ZK Racing.