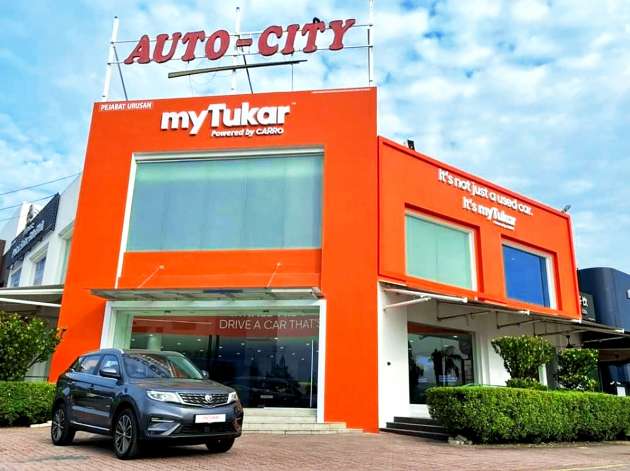 myTukar has opened three new showrooms in Penang, Melaka and Johor respectively. The move is aimed at enhancing its physical presence and services across the country, opening up a more transparent and trustworthy car-buying experience to more Malaysians.

All three showrooms are strategically situated at central locations for better accessibility. Built-up area of these showrooms range from 4,000 sq ft to over 180,000 sq ft, and are capable of accommodating and displaying up to 500 vehicles. With these new additions, myTukar now has a total of 30 outlets nationwide.

Financing and after-sales services such as servicing and tinting are also available. As usual, all vehicles are subject to stringent 160-point inspections before they are put on sale. myTukar can also deliver newly purchased cars to its customer’s doorstep for a truly end-to-end car buying experience.

Derrick Eng, CEO of myTukar said, “this strategic move is aimed at catapulting myTukar’s growth to greater heights. The new showrooms cover untapped regional locations and extend our offerings and services to an even wider audience. In line with our rebranding efforts, we are committed to providing our customers with nothing less than excellence and efficiency.”

Recently, myTukar rebranded itself by adopting an orange corporate identity (CI), a move to further reflect its position as part of the larger Carro network.

With 2.5 times growth and record gross profits, Carro co-founder and CEO, Aaron Tan, said the company is on track for a 10% increase in gross profit margins by the end of the current financial year. Last year, Carro secured over USD100 million (RM456 million) in funding from investors, including Singapore state investor Temasek Holdings and Permodalan Nasional Berhad (PNB) in Malaysia.

More recently, Carro also bagged USD360 million (RM1.64 billion) in Series C funding, with Sime Darby amongst the investors. With a presence in Singapore, Malaysia (through myTukar), Thailand, and Indonesia, the company is looking to expand to Taiwan and Japan this year.