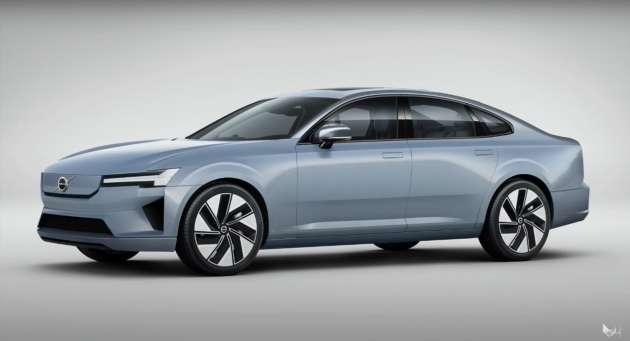 The Volvo S90 appears ripe for a full-model refresh, given that the current-generation model made its debut towards the end of 2015. Here, visual rendering maestro Theophilus Chin has offered his view on what Volvo’s rival to the likes of the BMW 5 Series, Mercedes-Benz E-Class, Audi A6 and more could look like, with design elements adapted from Volvo’s more recent offerings.

According to the description provided by Theo with the accompanying YouTube clip, the visual rendering for the future S90 is based on the current car, albeit with some reshaping of the C-pillars and rear quarter windows. While the windows of the Concept Recharge have a distinctly frameless look, this rendition of the future S90 employs black window trim, in contrast to the chrome brightwork of the current model.

Meanwhile, the surfacing applied by Theo to this rendition of a future S90 comes from the Concept Recharge that was unveiled last July; elements visible on the S90 rendition here include the scalloped bonnet and lower sides of the doors, while its headlamp design and wheels have also been adapted from the concept SUV. 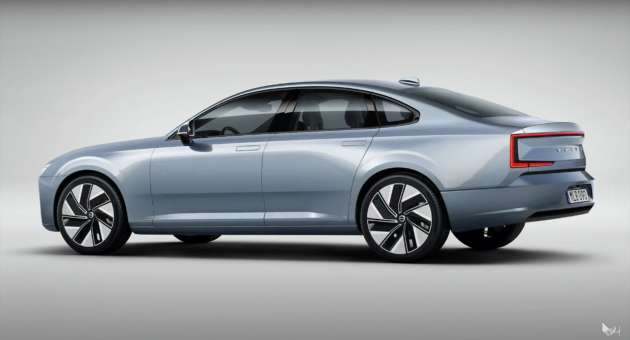 At the rear, Theo has applied the slim, L-shaped tail lamp arrangement from the Concept Recharge to this sedan rendition as well, albeit with a full-width light bar across the upper section of the bootlid from the tops of the ‘L’ on each side.

In Malaysia, the S90 is currently on sale in a single Recharge T8 Inscription Plus variant priced at RM368,888 on-the-road without insurance, following the July 2022 pricing update which marked the end of the sales and service tax (SST) exemption.

The 2023 model year update in Malaysia brings a larger lithium-ion battery that sports an increased capacity of 18.8 kWh, which offers between 70 to 90 km of all-electric range and boosts combined outputs from the previous 407 PS and 640 Nm to 462 PS and 709 Nm.

As for Theo’s rendition of the future S90, this is quite the fresh, cohesive design one could imagine to be on display in Volvo showrooms, isn’t it? What do you think of this rendition of Volvo’s future flagship sedan? Let us know in the comments section.