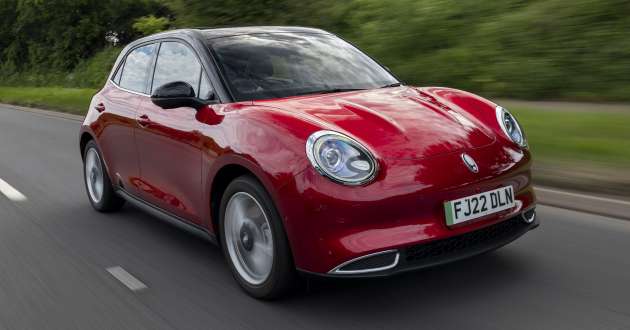 Great Wall Motors (GWM) has officially launched the Ora Funky Cat in the United Kingdom, with sales of the electric vehicle set to commence in autumn this year. The Funky Cat is essentially a Good Cat (or Haomao) with a different name and will be offered in First Edition guise, priced at 30,495 British pounds (RM168,512) after the local government’s plug-in car grant (PiCG).

For charging, the EV supports a maximum AC input of up to 11 kW (Type 2 connection), which requires around three to four hours to get from a 15-80% state of charge. There’s also DC fast charging up to 80 kW (CCS2 connection), which further shortens the charging time down to around 40 minutes. Customers will have four colour variations to choose from, which were selected based on a poll held by the company earlier this year. For cars with a black interior, options include a Nebula green and Starry black exterior, while Mars red (red and grey interior) and Aurora green (green and grey interior) are also available – the latter two come with a black or white contrasting roof.

As of now, there are over 6,000 registrations of interest for the Funky Cat, which will be offered through physical retailers as well as the Ora Online sales platform later in August. For those who want to gain priority access to stock when it arrives, customers can take advantage of the Queue Jump scheme for a GBP100 (RM553) refundable fee, although places are limited.