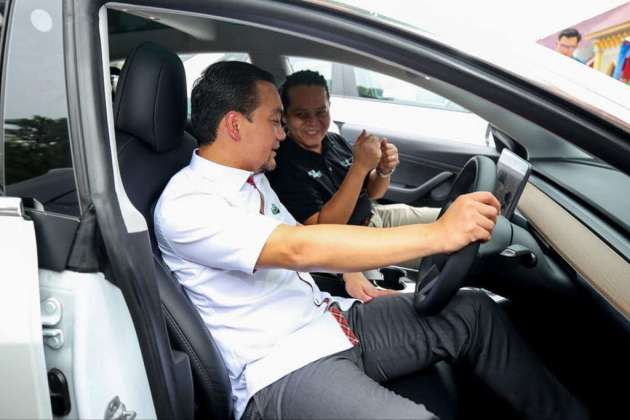 The Pasir Gudang City Council (MBPG) has replaced five of its official vehicles with electric vehicles, The Star has reported. The decision was part of the council’s long-term plan towards making the district in Johor a modern and environmentally friendly place, Pasir Gudang mayor Datuk Asman Shah Abd Rahman said.

“We have ordered five electric cars, and we are also looking into getting other EVs such as electric vans. We will increase the number of EVs from time to time as part of our effort to reduce [the] carbon footprint in Pasir Gudang,” Asman said, adding that MBPG is the first local authority to use EVs for that purpose.

Johor chief minister Datuk Onn Hafiz Ghazi, who was present at the Pasir Gudang local plan draft public participation and publicity programme launch, was photographed seated in a Tesla Model 3 and a Hyundai Ioniq 5, which were among the vehicles unveiled by the city council. 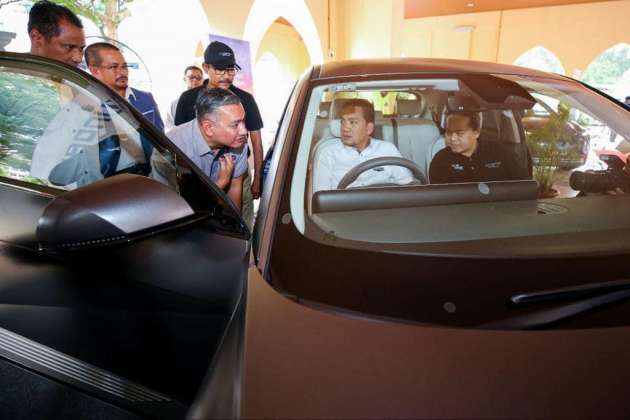 While Tesla are not officially sold in Malaysia, and any examples present have been imported ad hoc, the Malay Vehicle Importers and Traders Association of Malaysia (PEKEMA) announced in December last year that it has started taking orders for the American EVs on a wider basis. All EVs are however exempt from road tax, sales tax as well as import and excise duties, as announced in Budget 2022.

The Johor state government welcomes the use of EVs and is looking into using more electric vehicles in the future, said state housing and local government committee chairman Datuk Mohd Jafni Md Shukor.

“We need to move towards that as our neighbour Singapore is already taking proactive measures to limit the use of vehicles running on diesel, while encouraging the use of EVs. In order to benefit from Singapore’s economy, we need to be on par with them. At the moment, we have several EV charging stations in the Iskandar Puteri, Johor Baru and Pasir Gudang areas but we need more,” Jafni said.