PLUS Sg Perak R&R Petronas to close from August 8 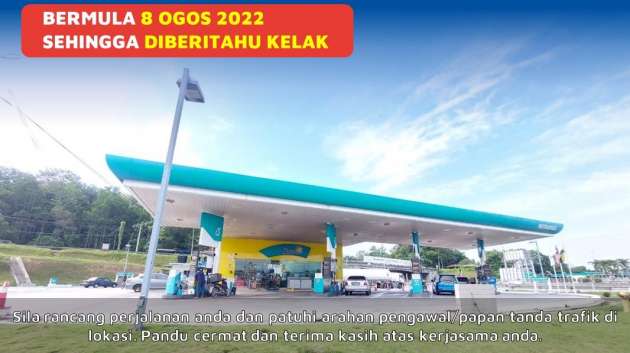 Those who ply the North South Highway, take note. PLUS has announced that the Petronas station at the Sungai Perak R&R (KM249.4, southbound) will be closed from August 8 for upgrading works.

The petrol station closure will be for an indefinite period, until further notice. Note that this closure is specifically for the Petronas station and not the entire R&R, which will remain open.

If you’re in the habit of fuelling up at this R&R, or cutting it close, keep this in mind. After crossing the river, it’ll be an uphill climb to the Menora tunnel and your next chance to refuel will be in Ipoh. Do have enough in the tank, drive safe.