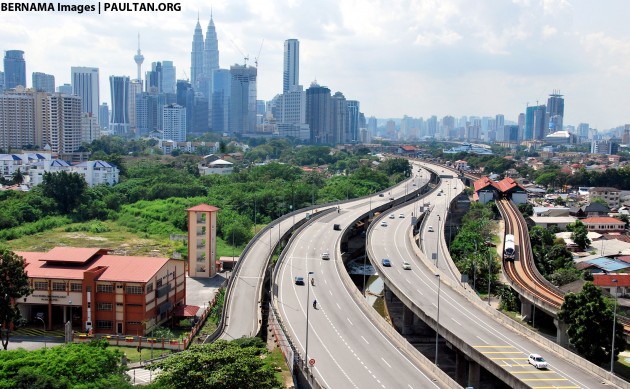 Projek Lintasan Kota Holdings (Prolintas) has announced the latest toll rates for the Ampang-Kuala Lumpur Elevated Highway (AKLEH), Guthrie Corridor Expressway (GCE), Kemuning-Shah Alam Expressway (LKSA) and the SILK highways that will see reductions of between 8% and 15% taking effect from 12:01am after midnight tonight, from October 20, 2022.

Prime minister Datuk Seri Ismail Sabri Yaakob announced last week that the government has agreed with a proposal for the restructuring of four highway concession companies under Prolintas that will see the a reduction in toll fares for the highways involved.

Table of revised toll fares on the AKLEH, Guthrie, LKSA and SILK highways for vehicle classes 1,4 and 5; click to enlarge

Changes to toll fares for the AKLEH stand to offer the largest estimated fare savings at 15% across all vehicle classes, while the other highways in the group offer estimated savings in fares of 8%. Another round of toll fare reductions will also apply to the LEKAS and Besraya highways, albeit at the later date of January 1, 2023.

This restructuring, which the fare reductions have come from, will save the government an estimated RM8.8 billion in compensation due to the highway concession companies involved, and highway users stand to enjoy the lower toll rates and reduced cost burden, the prime minister said last week.