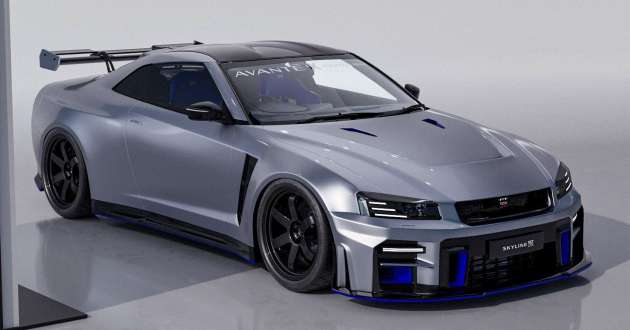 The current Nissan GT-R first made its debut at the 2007 Tokyo Motor Show and celebrates its 15th birthday in 2022. In the years since its introduction, the model affectionately referred to as Godzilla (like its predecessors) has been continuously updated to keep it relevant and competitive against rivals.

Given its age, rumours of a replacement for the R35 have surfaced every now and then, but the Japanese carmaker has yet to confirm anything of the sort, at least not in an explicit manner. Nissan executives have in the past chimed in on the matter, giving us some idea of what we can expect when and if a successor (popularly dubbed as the R36) is revealed.

One of these titbits came from Alfonso Albaisa, who is the senior vice president for global design at Nissan. In a report from 2018, Albaisa said the next GT-R “would have a muscular character like the R35 so as to retain the GT-R visage of a ‘beast’.”

Armed with this info, many have attempted to render what they think a R36 GT-R could look like, with the latest being from UK-based designer Roman Miah, who collaborated with Avante Design to develop the concept. According to Miah, the concept took over six months of work involving several hundred hours of 3D design. 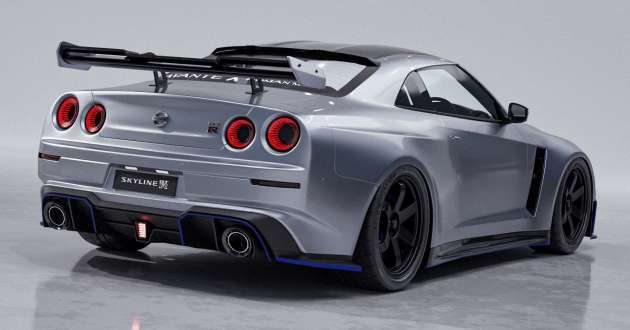 What you’re looking at here is his vision for a 2023 R36 Nissan Skyline GT-R, which brings back the ‘Skyline’ name as well as incorporating some elements of past GT-R models into a design that is also said to point to the nameplate’s future.

Viewed from the front, we can clearly see influences from the iconic R34 Skyline GT-R, specifically the boxy headlamps as well as the rectangular intakes. The latter items are amplified in appearance on the concept and form part of a comprehensive aero/cooling package that includes a front splitter and vented bonnet.

The double roof is also something not found on the R35, and the attractive stance is a result of the widened fenders that allows for even larger side vents. Meanwhile, the straight-cut look of the fenders appears to be a nod to the KDR30 Skyline Super Silhouette race car from the 1980s.

Progressing down the sides, we find prominent side skirts and six-spoke, TE37-style wheels, while the rear window sports a small spoiler that channels air down to a swan neck rear wing. At the rear, the R35’s curvy boot has been somewhat flattened but continues to be accompanied by the GT-R’s signature taillights that feature four circles.

Further down, there’s a diffuser element that integrates two exhaust exits – one for each side – like what was seen on the limited-run GT-R50 by Italdesign, along with an F1-style LED light unit in the middle.

So, what do you think of the 2023 R36 Nissan Skyline GT-R concept? Is it a fitting design for the next generation of a revered nameplate? Or is there something you would change? Let us know your thoughts in the comments below.