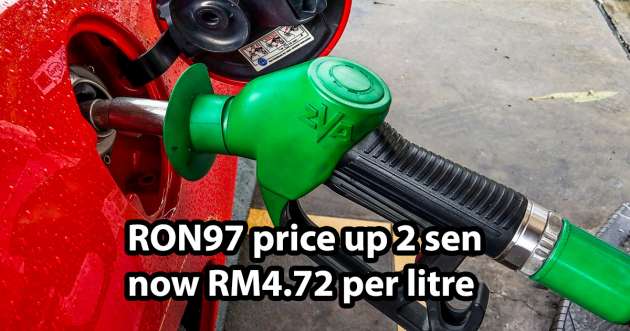 It’s time again for the weekly fuel price update, with the ministry of finance having announced the retail prices for the coming week of June 9 to 15. Thought the price of RON 97 petrol couldn’t get any higher than it did two weeks ago? Well, guess what, it has.

The increase isn’t as dramatic as in the weeks past, but the two sen hike means that the fuel has set another all-time high record – it’s now priced at RM4.72 per litre (RM4.70 last week). Sales of the fuel have reportedly dropped by around 65% since its price soared, and this will surely drive that percentage up further.

These prices will be effective from midnight tonight until Wednesday, June 15, when the next set of fuel price updates will be announced. This is the 24th edition of the weekly fuel pricing format for this year, and the 178th in total since the format was introduced in 2019.