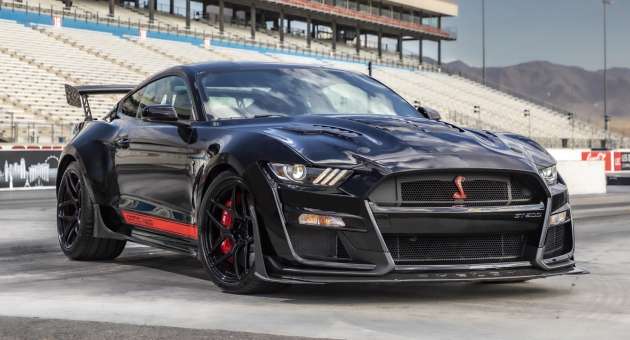 For the first time ever, Shelby American has put its experimental, one-off creation into production with a name that’ll trigger all the muscle car alarms in you – the Shelby GT500 Code Red. The Mustang GT500 Code Red is based on the 2020-2022 Ford Shelby GT500, and is limited to only 30 units.

“Shelby American has built experimental versions of the Shelby GT500 since the model was launched in 1967. While these testbeds for innovation never became production cars, they helped make our vehicles better. For the first time in our 60-year history, we’re turning an experimental car into a limited-edition vehicle,” said Joe Conway, CEO of Shelby American. 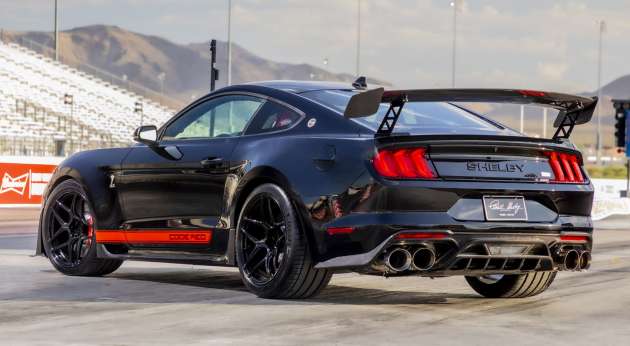 The enormous spike in output is the result of a long list of upgrades to the engine, including a higher-flow fuel system, a new engine management system, custom pistons, larger intercoolers, larger diameter exhaust pipings and more.

The GT500 Code Red also features an anti-lag system and a traction control with nine different settings. An aluminium one-piece drive shaft and an aftermarket differential for better traction are among the upgrades to the drivetrain to withstand the additional power.

The Code Red differentiates itself from the standard GT500 with a Shelby widebody package, 20-inch Shelby forged aluminium wheels wrapped in 305/30R20 Pirelli P Zero tyres in the front, and 345/30R20 Nitto drag tyres at the rear. Carbon-fibre is used generously across the exterior including the front hood, front splitter and rear diffuser. Giving the GT500 Code Red its menacing stance is a set of Eibach adjustable suspension.

The interior has also been revised, more notably with the removal of the rear seats and the addition of a room bar for the seat harness. To highlight its exclusivity, there’s even a plaque with serial numbers placed on the engine, dashboard and door sills.

Price for all this? A cool USD209,995 (RM942,700), and that’s only for the upgrade package alone – you will still have to supply the base Shelby GT500 yourself! Still, as a final send-off for the seventh-generation Mustang before an all-new version comes out, this sure fits the bill, right?