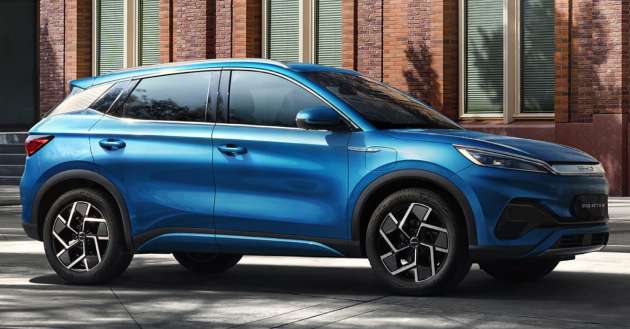 Earlier this week, Sime Darby Motors (SDM) announced that it had inked an agreement with BYD to distribute the Chinese automaker’s electric vehicles (EVs) in Malaysia. While it was not revealed as to exactly when BYD-related operations were due to begin in the country, an indication that SDM is gearing up to move quickly on this front comes from a recruitment ad the company put out the same day the announcement was made.

Spotted on its LinkedIn page, the ad is calling for jobs to be filled in a number of positions, ranging from that for a head of sales to sales personnel/consultants and finance as well as IT personnel, with the closing date for applications set for October 5, hinting that things could be up and running before the year is out.

The question is how soon the cars that will be coming here will appear. It’s already confirmed that the Atto 3 and e6 EV models have been confirmed for Malaysia. The former, which is also known as the Yuan Plus in China, is an all-electric crossover that features a front-mounted electric motor rated at 204 PS (201 hp or 150 kW) and 310 Nm of torque.

The Atto 3 is already on sale in Singapore and Australia, and is due to make its market debut in Thailand next month. In Australia, the car is available in two Blade LFP battery configurations, the first being a 49.92 kWh unit offering 345 km of range (WLTP, 410 km in NEDC), while the other is a 60.48 kWh unit rated for 420 km (WLTP, 480 km in NEDC). 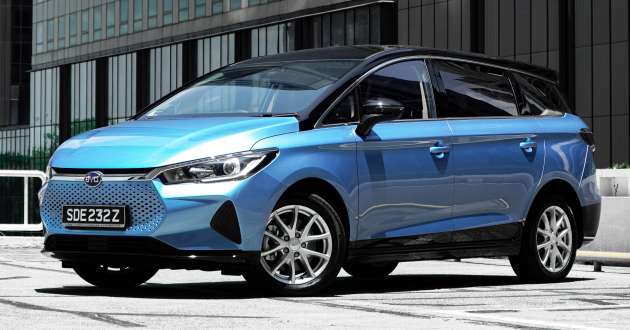 The SUV supports AC charging (Type 2 connection) up to 6.6 kW (taking 9.5 hours to get the battery from to 100% from zero) as well as DC fast charging (CCS2 connection) at a max of either 70 kW or 80 kW (corresponding to battery capacity) – the higher input allows for a 0-80% state of charge (SoC) to be reached in just 45 minutes.

Meanwhile, the e6 is a five-seater electric MPV that is already on sale in Singapore and Thailand. In Singapore, the second-gen offering features a 71.7 kWh Blade LFP battery that powers a front-mounted electric motor, which offers 95 PS (94 hp or 70 kW) and 180 Nm in the way of output. This provides the car with a top speed of 130 km/h.

The e6 has a WLTC-rated city range of up to 522 km, and the Blade battery which can be recharged via an AC input (Type 2 connection) at a max of 6.6 kW in 12 hours. That’s for the Thailand spec version. With a 40 kW AC onboard charger, as found on the Singapore car, a full AC charge takes 1.8 hours. There’s also support for DC fast charging (CCS2 connection) at 60 kW, which sees a shorter charging time of 1.5 hours.