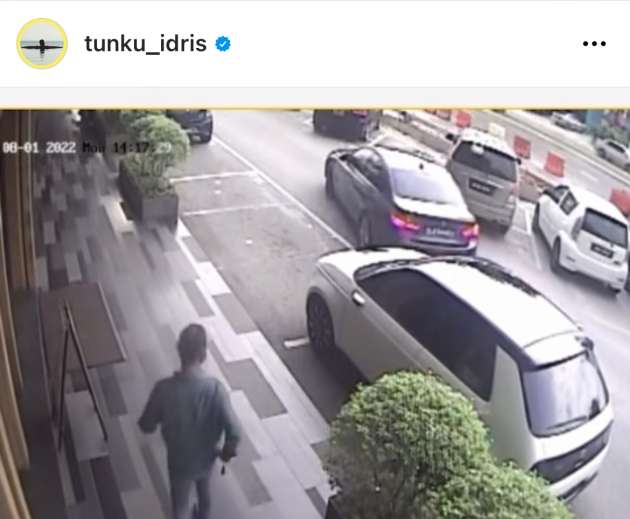 With the re-opening of the country’s borders with Singapore from April 1 this year, there has been plenty of pent-up desire to travel given release. More traffic typically means a greater likelihood of traffic offences being committed, and in this context, those of Singaporean motorists visiting have been prominently documented.

These include refuelling with subsidised fuel intended for Malaysians (one has even done so without paying), charging from an EV charging station without paying, and dangerous driving on Malaysian roads.

This time around, the latest antics of another from across the Causeway involve a Singapore-registered BMW 3 Series colliding with the Honda e belonging to a member of Johor royalty, specifically Tunku Temenggong Johor Tunku Idris Iskandar Ibni Sultan Ibrahim.

The images and the closed-circuit television (CCTV) footage acquired from the nearby premises were uploaded Tunku Idris’ Instagram page, with a one-word caption of “Perangai”, or attitude.

This was in reference to the errant driver who not only collided with and damaged his Honda e when driving past it en route into a nearby parking space, the driver simply carried on walking away after parking.

With the impact that has visibly rocked the little electric Honda, it would seem highly unlikely that the driver of said 3 Series was unaware of their car making physical contact with another. That said, how the incident was resolved, if indeed it has, was not described in this social media posting.

The Honda e is a fully electric hatchback that is currently only sold in Europe and in its native Japan, which means that there are no plans for its official introduction in Malaysia. Tunku Idris first posted an image of his Honda e last year.