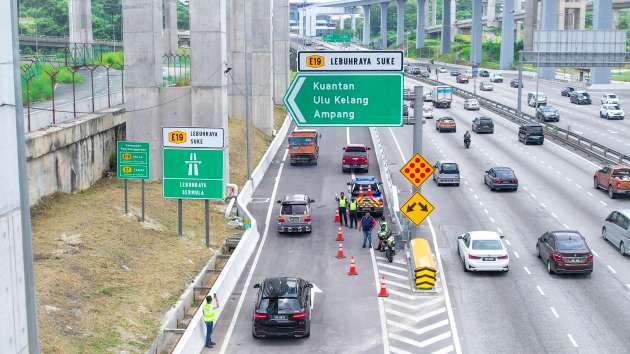 Prolintas has issued a new statement addressing the public’s comments and feedback on the exit ramp to Jalan Cheras of the new Sungai Besi-Ulu Kelang Elevated Expressway (SUKE).

According to the company, SUKE’s operations division and an appointed consultant are reviewing the design to convert the ramp down to the Cheras-Kajang Expressway (CKE or more popularly known as the Grand Saga Expressway) at the PGA/Jalan Medan Masria traffic light junction into two lanes.

In a report by The Star last week, motorists complained that a new traffic light junction and road divider built to complement the SUKE had created a long traffic queue for those turning into Jalan Medan Masria. 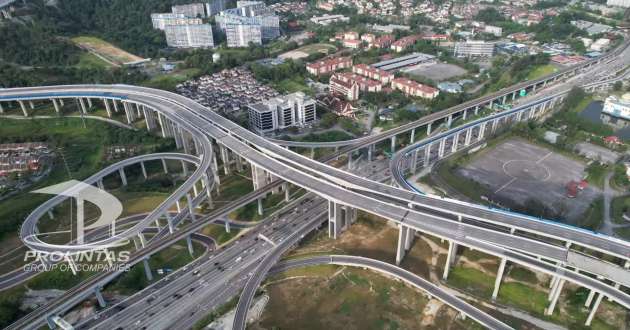 By improving the single-wide road into two lanes, Prolintas said this will help reduce the queue period and allow for more vehicles to be released from the ramp at a time. The company is working with the concession company of the Grand Saga to review the overall traffic lights’ configuration, including one located near Maktab PDRM which is also under its jurisdiction.

Additionally, two “no-right turn” signs will be installed this week 200 metres from the junction to the Grand Saga to warn motorists not to make right turn that can cause traffic to slow down and eventually lead to a backlog.

Prolinas also said in its release that a new slip road approximately 400 metres in length from the St Francis of Assisi Church at the seventh mile of Jalan Cheras to Jalan Medan Masria is 50% completed, with the remaining 200 metres expected to be constructed by the end of February next year.