Tenaga Nasional (TNB), in collaboration with Mysuri Biz Technologies, is set to deploy 1,000 units of electric vehicles as taxis in support of the country’s decarbonisation efforts. The plan was revealed by prime minister Datuk Seri Ismail Sabri Yaakob earlier today, The Edge reports.

“The involvement of GLCs (government-linked companies) such as TNB needs to be intensified to support the development of the country’s EV industry,” he said during the launch of the 5th International Sustainable Energy Summit 2022 at the Kuala Lumpur Convention Centre.

However, there was no indication as to the identity of the EVs that would form the fleet, or how soon the plan would be implemented. Mysuri Biz Technologies is a Cyberjaya-based platform service provider and a technology, system and mobile apps developer. The company, which has previously developed a mobile app called TeksiKu, also lists fleet management in its portfolio of services. 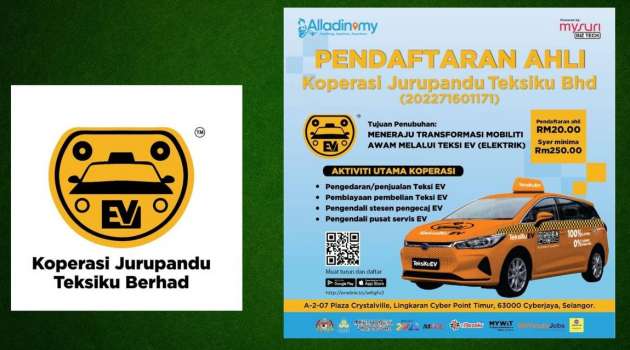 UPDATE: Although there has been no official mention of the EV model/s that will be utilised, a TeksiKu ad we came across has a second-gen BYD e6 highlighted as a taxi example, potentially indicating that the all-electric MPV, which has a travel range of up to 522 km (based on a WLTC city cycle), could be the unit of choice for the programme.

Separately, Ismail Sabri said that the EV infrastructure development guidelines under the Electricity Supply Act 1990 (Act 447) will be enforced in the fourth quarter of 2022. He said a legal regulatory framework will be established for the development of EV charging infrastructure, so that aspects of public and user safety are preserved and guaranteed.

The government has previously said that standards related to the EV industry, such as charging systems, battery disposal activities, battery swapping, wireless charging and others were being established to ensure that the EV technology used and developed in the country is standardised, safe and of quality.