Touch ‘n Go has announced on Facebook that users will still be able to make toll, transit and parking payments using TnG cards and RFID provided there’s sufficient balance. This comes after the company announced that its eWallet was suffering from a service interruption a few hours earlier.

UPDATE: As of 9.35pm today, TnG has confirmed that eWallet services are up and running again.

In its 6.17pm posting, the company said users will still be able to reload their TnG cards at physical reload points as usual and that it is working to restore services as soon possible, apologising to those affected for any inconvenience caused by the interruption.

Users took to social media today to report their experience of being unable to access or use their eWallet, with many faced with a “connection time out” message. Did you experience the same? Have things returned to normal yet? 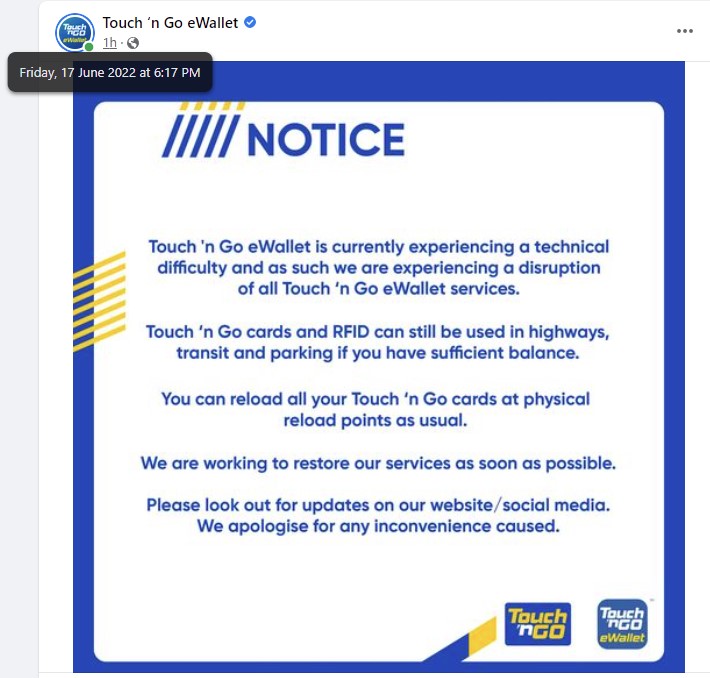 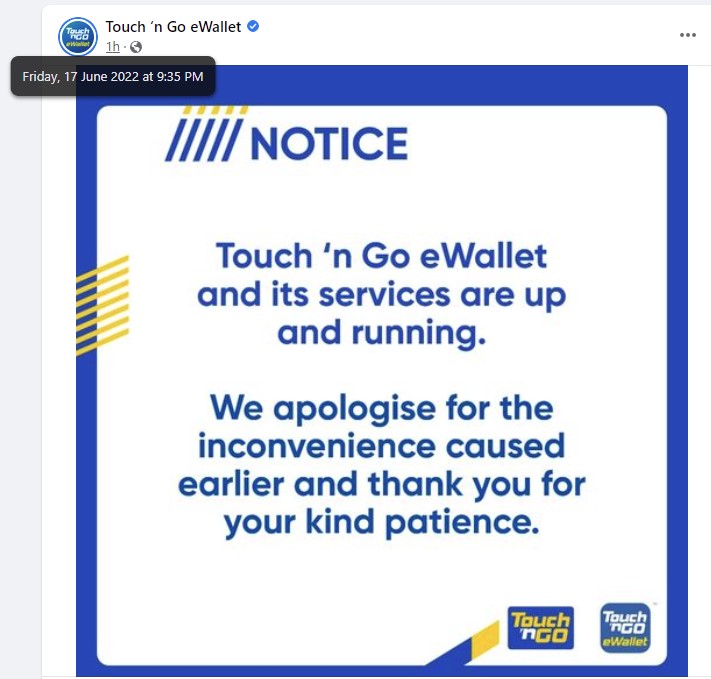