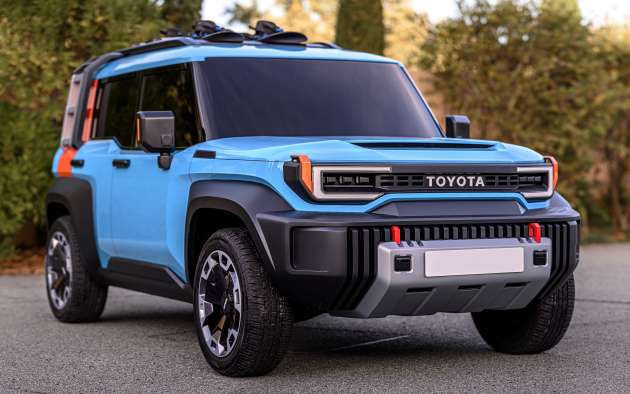 One of the horde of electric vehicle concepts Toyota revealed in December was a small, rugged SUV meant to evoke the Land Cruisers of old. The Compact Cruiser, as it is called, was lost amid the news of four upcoming Beyond Zero (bZ) and four Lexus EVs, but it recently resurfaced thanks to it winning the Car Design Award for concepts.

To celebrate the achievement, Toyota’s European arm released more details, images and sketches of the Compact Cruiser, which was designed at the European Design Development (ED2) centre in Nice, France. The company says the go-anywhere, all-wheel-drive EV was designed to “enhance the lifestyles” of young professional urbanites, particularly those who enjoy active outdoor lifestyles.

Inspired by the original BJ and FJ Land Cruiser, the Compact Cruiser sports a boxy, rugged yet modern design, with an upright front end and glasshouse, a wraparound front windscreen design and chunky black bumpers and fender flares. The full-width upper grille graphic incorporates C-shaped headlights reminiscent of the iconic Land Cruiser 70 and is framed by a bonnet air intake up top and a large skid plate and cool linear slits down below. 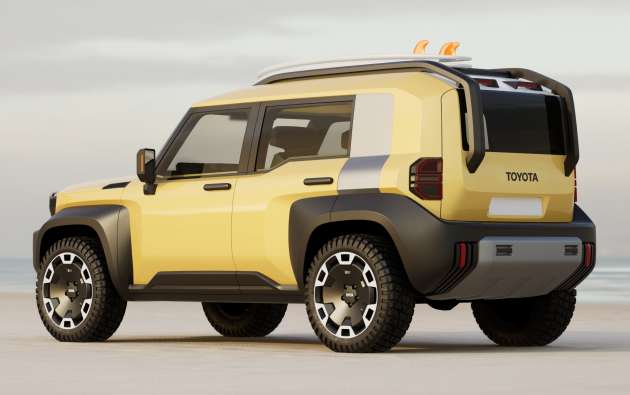 Along the side, you’ll find a kinked window line and contrasting-colour C-pillars, where a ladder is mounted on the right side. The latter is connected to a sizeable roof rack, which runs down towards the protruding tailgate. Angular hollowed-out taillights and large two-tone alloy wheels (the blue hard model showed at the end of last year features different designs on either side) complete the look.

The Compact Cruiser might be a concept for now, but Toyota has big plans for electrification, after years of dragging its feet. It plans to launch no less than 30 battery electric vehicles (BEVs) by 2030, which means there’s plenty of room for niche vehicles, including sports cars and outdoorsy models like the kind you see here.

In the meantime, Toyota is gearing up for the start of sales of the bZ4X, its first dedicated EV. It will be made available in 204 PS front-wheel-drive and 218 PS all-wheel-drive variants, with the 71.4 kWh lithium-ion battery delivering a range of up to 516 km on the WLTP cycle. The SUV will make its way to Malaysia too, with a launch pencilled in for 2023.