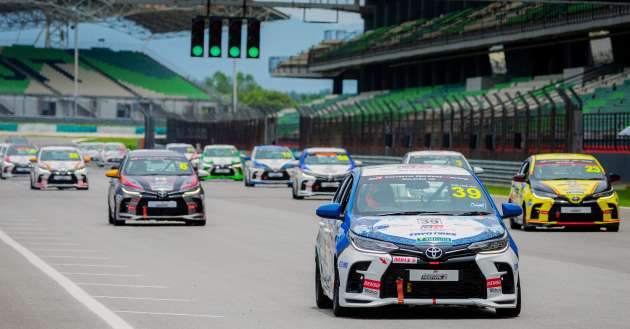 The 2022 Toyota Gazoo Racing calendar in Malaysia is joined by the Vios Sprint Cup, the first-ever running of the event in the Malaysia Championship Series (MCS) that takes place this weekend on May 21-22, 2022 at the Sepang International Circuit (SIC).

The Vios Sprint Cup will be held in addition to, and independent of the Vios Challenge, though it retains the format of the one-make racing series that will see competitors take to the track in identical race-prepared examples of the Toyota Vios with factory-standard engine, transmission and suspension, as well as identical tyres and fuel in order to ensure a level field among the competitors who will be taking part.

Teams of two drivers will be competing in three generations of the B-segment sedan in the Vios Sprint Cup, with prize money totalling RM60,000 on offer to the successful competitors. The race weekend will see two one-hour races in total, with each one to be held on Saturday and Sunday. 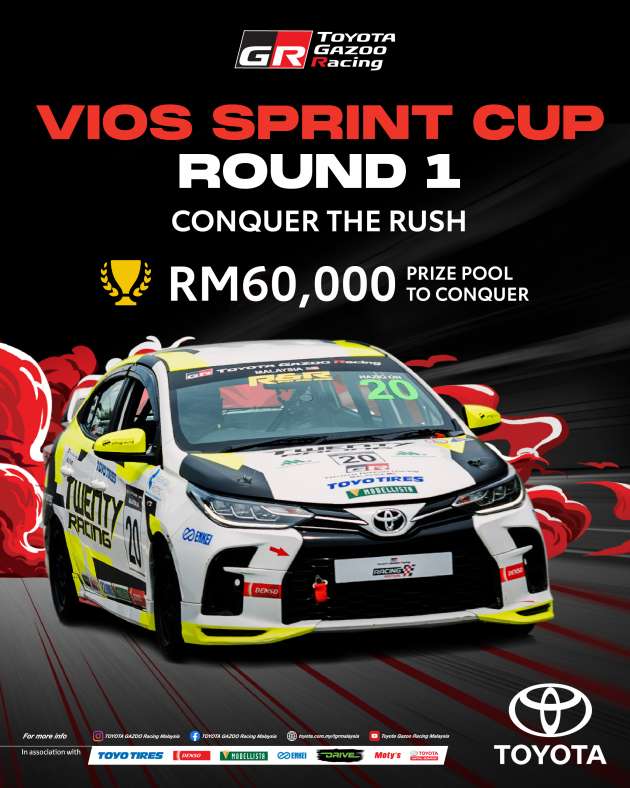 A total of 38 drivers will take part in the Vios Sprint Cup, and this line-up will be comprised of professional racers, international and gentlemen drivers, as well as young talent including simulator racers. The established, successful racers among these include Tengku Djan Ley, Mark Darwin, Mohd Fariqe Hairuman, Eddie Lew, Boy Wong and William Ho, while the young stars will be comprised of Naquib Azlan, Hayden Haikal, Mika Hakimi, Nabil Azlan, Bradley Benedict Anthony, Timothy Yeo and Alister Yoong.

In order to ensure parity among teams, driver pairing is done in order to prevent two experienced racers teamed up for the Vios Sprint Cup. In Prima Pearl TD Racing, Tengku Djan will be paired with Mika Hakimi, while Laser Motor Racing will have Mark Darwin paired with Bradley Benedict Anthony. 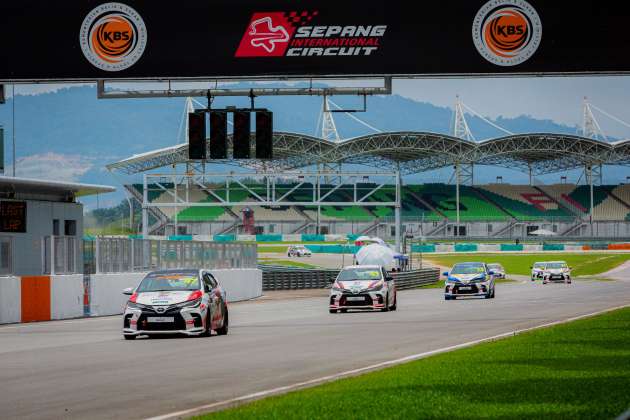 The Vios Sprint Cup format will see the two-driver teams enter separate qualifying sessions on Saturday, and the driver who emerges with the quicker qualifying lap time will be required to start Race 1 on the day. This race will see a mandatory pit stop during the race, when the second driver will take over.

Race 2 that follows on Sunday will take on a reverse grid format based on the results of Saturday’s Race 1. On the second day, the slower driver of each pairing starts the race, and like in Race 1, there will be a mandatory pit stop for a driver change. Both Race 1 on Saturday and Race 2 on Sunday will begin with a rolling start grid.

In terms of prizes, the winner of each of the two races in the Vios Sprint Cup will collect RM10,000, followed by RM8,000 for the second-placed racer and RM6,000 for third place. Following suit, the fourth-placed drivers will bring home RM4,000, and fifth place will yield RM2,000.